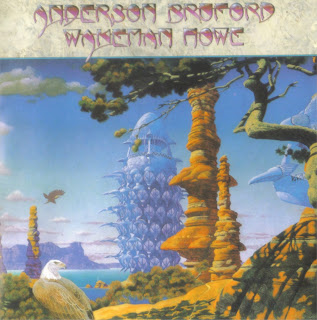 In 1983, singer Jon Anderson returned to Yes to record lead vocals on their 1983 studio album 90125, which saw Yes adopt a musical direction that was more commercial and pop-oriented. The line-up during this time included bassist Chris Squire, drummer Alan White, keyboardist Tony Kaye, and guitarist Trevor Rabin who wrote the majority of 90125. The release of 90125 saw Yes reach their greatest commercial success which was followed by their 1987 album Big Generator.

In September 1988, Anderson left Yes citing his growing dissatisfaction with the band's commercial direction. He spent his summer on the Greek island of Hydra writing songs with Vangelis, where he first came up with the idea of making music with the past Yes line-up of guitarist Steve Howe, keyboardist Rick Wakeman, and drummer Bill Bruford. 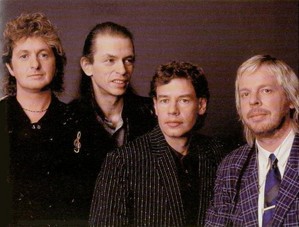 On his return trip from Hydra, Anderson met Howe in London who presented him with his musical ideas including the chorus of "Brother of Mine" and "Birthright". Five weeks were spent producing demo tracks at La Frette Studios in Paris. Anderson asked musician Milton McDonald to help with the project and play additional guitars. Bruford recalled meeting Anderson, Howe, Wakeman, and former Yes manager Brian Lane, at the airport in London. He said, "Oh, we're in trouble here. This obviously meant it was some sort of Yes project ... I thought I was just going to put some drums on a Jon Anderson solo record".

Recording moved to AIR Studios on the island of Montserrat for six weeks. Bruford saw the recording location as "a deal clincher". It was there when Bruford suggested to have his King Crimson bandmate Tony Levin play bass on the album. Bruford noticed Anderson being "on strong form ... he conducted proceedings without fear of let or hindrance" from the problematic times recording with Yes. When recording was complete, Anderson supervised the album's mixing sessions at Bearsville Studios with mixing engineers Steve Thompson and Michael Barbiero. 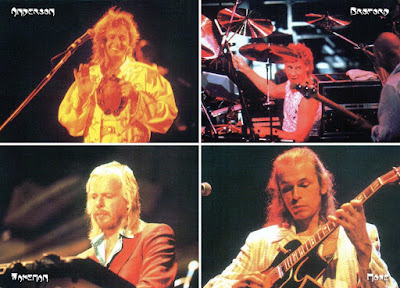 On 31 May 1989, weeks before the release of their album and tour, the group were subject to a suit filed by Yes that wished to prevent Anderson Bruford Wakeman Howe from mentioning the name "Yes" in their promotional material, suggest or calling attention to Yes music which they argued may cause "confusion in the minds of the public over which group is the real Yes", and prohibit Anderson from speaking of his former membership in Yes. The suit was based on a separation agreement entered into by each past and present member of Yes in May 1984 that specified who was entitled to use the Yes name; any "withdrawing partner" from the group could no longer use the name or mention they were in the band before, after a specified date. 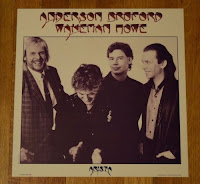 Yes argued that Anderson Bruford Wakeman Howe had "wrongfully converted" the Yes name in an advertisement for Los Angeles Times that promoted their upcoming concert as "an evening of Yes music plus". Anderson Bruford Wakeman Howe filed a response on 5 June; their attorneys called Yes's suit "an outrageous attempt ... to stop the media and public from comparing ABWH's new recording with theirs". According to former Yes tour co-ordinator Jim Halley, "the European promoters began splashing the name Yes all over the posters ... in the end they came to an accommodation". Anderson stressed, "we never said we were Yes. It was the record company!"

Anderson Bruford Wakeman Howe was released on 20 June 1989 through Arista Records. The album peaked at number 14 in the UK and number 30 in the US. It went on to reach the top 30 in Canada, Switzerland, Germany, France, Norway, and Sweden. The album sold 750,000 copies. 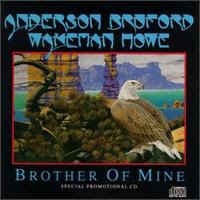 Anderson Bruford Wakeman Howe offered a decidedly old-school rebuttal to the progressively more produced sound Yes used throughout the ’80s, leaning heavily on the band’s prog roots with a nine-song set that included four lengthy suites: “Themes,” “Brother of Mine,” and “Order of the Universe.” With expanded running times aplenty, mystical artwork, and portentous-sounding song titles like “Birthright” and “The Meeting,” it gave the appearance of vintage Yes — although the truth turned out to be somewhat different.

Jon Anderson's tenor wails through spacy lyrics, Rick Wakeman constructs cathedrals of synthesized sound, Steve Howe rips high-pitched guitar leads, and Bill Bruford makes his drums sound like timpani. For all that, it's a pedestrian effort for these veterans, not as bombastic as some of their stuff, not as inspired as others, but it definitely has the "Yes" sound. "She Gives Me Love" even refers to "Long Distance Runaround." 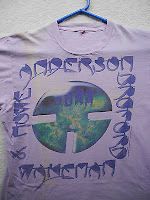 In an interview with Bruford and Jeff Giles (Ultimateclassicrock.com), he talks about the single taken from the album  "Why ‘Brother of Mine’ wasn’t a hit I’ve no idea at all,” he grumbled. “The only possible explanation I have is that it was edited by [Arista boss] Clive Davis, who has the kiss of death when editing singles.”

But it wasn’t just having single edits imposed on longer tracks that derailed the group. “There was a brief window, I think … there was a brief opportunity for that band to have flourished. I thought there were moments in the music … that I thought showed intelligence and genuine scope, and a genuine future for the participants. If the participants had managed to close their ears to of all the nonsense being spoken in their ears, of course by [manager] Brian Lane and record companies, then they had a chance at a future. However, I think that window closed pretty much as quickly as it opened, I’m not sure everybody else noticed it.” 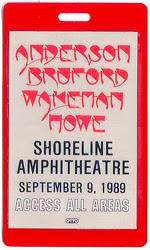 Of course, bands don’t just find themselves in situations where they’re beholden to record company interests. “The problem with bands like Yes all the time has been over-consumption of resources, greed on the one hand and indolence on the other, particularly indolence, huge sums of money consumed for no reason whatsoever, completely thoughtlessly,” Bruford argued. But as for the music on the record? “I’m pretty happy, I mean they’re essentially Jon’s songs. I had very little to do with them. I thought that Jon was on strong form for that album.” [extract from Yes Minus One: The History of ‘Anderson Bruford Wakeman Howe’] 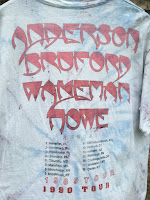 This post consists of MP3's (320kps) ripped from CD and includes full album artwork from both CD and Vinyl. I distinctly remember being confused when I first saw this album in the record racks and wondered why Yes was recording under their individual names. Not having Google back in those days, I could only guess that their name change was  related to some 'legal dispute' between band members or with their record company. Because the record was released by Arista and not Atlantic I assumed it was about record companies. It seems it was all about the trade name 'Yes' and the ownership rights to use the name.  Anyhow, I love this album and with a majority of the original band members playing on this record, I still catalog it in amongst my other Yes albums. Although my vinyl is in pristine condition and still chose to  provide a rip from my CD copy to provide the highest sound quality. I have also included a couple of bonus tracks - taken from their single release Brother of Mine. The edited version of the title track and a non-album "Vultures In The City" complete this post. Enjoy
. 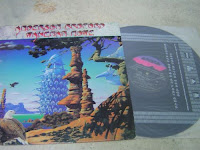 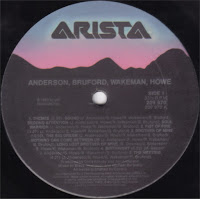