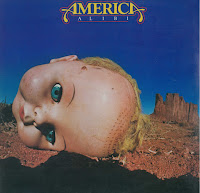 America was in many ways, the ideal paradigm of a 70's band. They looked like hippies, and they paid lip service to the hippie lifestyle, but they were a pop band through and through. Early on, America embraced the same stoned mix of ennui and earnestness, cynicism and sincerity, that made laid-back musicians like the Flying Burrito Brothers, Eagles, Little Feat, and - not coincidentally - Neil Young, the rock royalty of the decade. Unlike those bands, however, America quickly began chasing Top 40 airplay (perhaps stimulated by the overwhelming success of their debut), and their work careened swiftly towards the middle of the road. Tellingly, America's vocal harmonies and relentlessly straight-laced rhythms resembled Crosby Stills & Nash more than any of the aforementioned bands. Ultimately, America became the same sort of bathetic self-parody as that storied super group - minus the career longevity.... 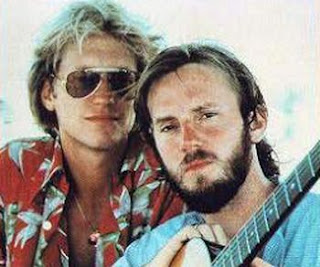 Forty-six years is a long time to maintain a healthy working relationship with someone but Gerry Beckley and Dewey Bunnell have done it happily. Forming America in London in the early 1970’s, the two young Air Force brats were heavily influenced by folk-tinged harmonies and alongside Dan Peek brought their soft-rock melodies to #1 on the Billboard charts with their debut 1971 self-titled album, which featured the #1 single “Horse With No Name,” plus “Sandman,” “I Need You” and “Three Roses.” The 1972 follow-up record, 'Homecoming', featured the Top 10 hit, “Ventura Highway,” and the band just kept rolling along from there: “Tin Man,” “Lonely People,” “Sister Golden Hair” and seven consecutive albums with the legendary Beatles producer George Martin.

In 1977, Peek left the band but America continued as a duo, enjoying another Top 10 hit with the catchy “You Can Do Magic” in the summer of 1982. Today, they continue to tour, continue to sell out venues. Not too bad for a gossip-avoiding, good-guy imaged couple of guys making music. 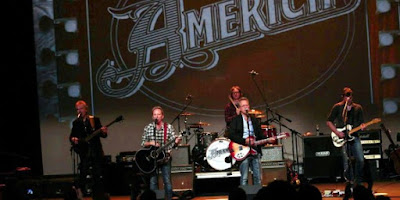 Alibi was released in August 1980, and was the first America album not to feature a picture of the band members on the cover. Instead, the cover sported a picture of a doll's head in the foreground of a desert landscape. Dewey Bunnell said he chose the picture while looking through the archives of acclaimed photographer Henry Diltz. The album was also unusual in the era of vinyl primacy in that it did not have numbered sides. Because the group and Capitol disagreed on which side would be side one, they agreed on a compromise: the sides would be labelled "Our Side" and "Their Side."

The album only peaked at number 142 on the Billboard album chart in the US. No singles charted in the US, but in Italy "Survival" was a top 5 hit and the whole album peaked at #2. This happened only on the first weeks of 1982, after the band took part, as special guest, at the Sanremo Music Festival.
. 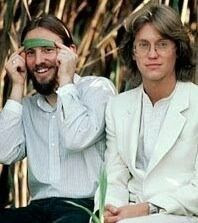 Review
George Martin stopped working America as the '70s became the '80s. Truth be told, it probably wasn't that painful of a departure. The time had come to part ways with Martin -- not only had they spent a decade with the celebrity producer, they were moving toward a slick, radio-ready adult contemporary direction that was entirely too calculated for Martin. So, they split, and Sir George effectively went into retirement while America worked with Matthew McCauley and Fred Mollin for 1980's Alibi. Essentially, the album picks up where Silent Letter left off, meaning that it's a set of pleasant soft pop, but it's slicker and slighter than its predecessor. That's not to say that it's without moments; like its predecessor, Alibi opens strongly with a pair of winners ("Survival," "Might Be Your Love"), and there are moments (such as "You Could've Been the One" or "Right Back to Me," which has a nice, bouncy chorus) that deliver later in the album. Still, it meanders fast and it meanders far, even into such ridiculous territory as the faux hard rock (in the sense that the Eagles' "Life in the Fast Lane" is hard rock) of "Hangover," whose lyrics are at least worth a chuckle or two. [extract from allmusic.com] 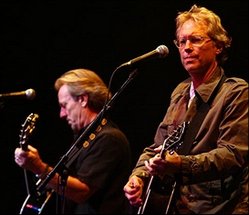 This would have to be America's best recording since their first five classic albums from the early 70's. An absolute standout which shows how their unique sound has progressed over the years. From the standout opener "Survivor" to the catchy "I Don't Believe In Miracles" and the beautiful ballad "One in a million", there really isn't a bad song on the album. It escapes me as to why this album wasn't recognised as the masterpiece that it was.  A must for all fans.

This post consists of MP3's (320kps) ripped from my crispy clean vinyl and includes full album artwork for both CD and LP.  No bonus tracks this time I'm afraid as all the Singles taken from the album featured B-Sides that were also on the album. 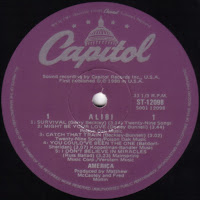 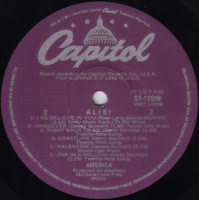