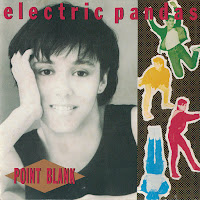 In 1983, a diminutive rock chick with a powerful set of lungs electrified the Australian pop-rock scene with her band Electric Pandas. The band formed during 1983 with Tim ‘Pretty Boy’ Walter (guitar), Warren Slater (bass) and Mark ‘Hips’ Stinson (drums), fronted by the high energy presence of Lin Buckfield (vocals/guitar). They built up a strong live following on the East Coast of Australia, playing a hard-hitting style of melodic pop rock. Buckfield came up with the name of the band in reference to the English punk rock outfit Exotic Pandas. Buckfield had known the band whilst living in the U.K. during the late 70s, and drew upon that band’s sound to a degree in her own band’s early work.

They were signed to the Regular label, becoming label mates to high profile artists such as Mental As Anything, Icehouse and Cockroaches. Their first single was the defiant pop rock anthem ‘Big Girls’. The track was soon featured on radio playlists and Molly raved about Electric Pandas on his ‘Humdrum’ segment. Soon ‘Big Girls’ was sitting pretty inside the top 10 in Sydney (#8) and peaked at #18 nationally mid year, and big things were predicted for the band. A relentless touring schedule led up to the release of Electric Pandas’ debut EP ‘Let’s Gamble’ (OZ#81) in December ‘84. 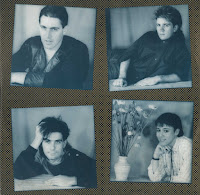 Lin Buckfield then put a broom through the band, with an all new support line-up now comprising Craig Karl Wacholz (guitar, ex-The Dischords), Marcel Chaloupka (bass, ex-Moving Parts), and Phillip Campbell (drums). That line-up then entered the studio to record Electric Pandas’ debut album. But before any more Electric Pandas material surfaced, singer Lin Buckfield stepped outside the confines of the band to record a duet with Australian Crawl front man James Reyne (see earlier post). The catchy ‘R.O.C.K. Rock’ was released on the Freestyle label during April 1985, and peaked at #44 a few weeks later.

The lead out single for the Electric Pandas’ forthcoming album was ‘Missing Me’, which was released mid ‘85 and reached a respectable #41 on the Australian charts, though it clearly lacked the punch of ‘Big Girls’. The band also performed the song on the Australian ‘Oz For Africa’ concert (our contribution to Live Aid), in addition to ‘Let’s Gamble’.

The album ‘Point Blank’ was released in September ‘85 and sold steadily enough, but already there were signs that Electric Pandas’ had lost a considerable amount of voltage. The disappointing track ‘Italian Boys’ (produced by ex-Moving Pictures Charles Fisher) crawled to #90 on the single’s chart toward the end of ‘85, around the same time as the album ‘Point Blank’ peaked at #32 (guitar maestro Tommy Emmanuel contributed to a couple of tracks). The line-up changes continued around the band’s anchor Lin Buckfield, with Brad Holmes replacing Phillip Campbell on drums, Neil McDonald stepping in for bassist Marcel Chaloupka, with keyboardist Charlie Chan expanding Electric Pandas to a quintet. But the new look Electric Pandas didn’t release any more material, other than recording the jingle for the latest Coca-Cola television advertising campaign during 1986 (also appearing in the commercial), and by April 1987 Lin Buckfield called it a day for the band. 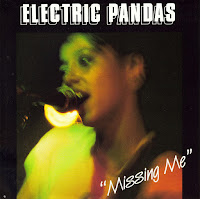 Buckfield went on to form another band F.O.O.D. with ex-Panda Craig Karl Wacholz (guitar), Ray Spole (bass) and Glen Patterson (drums). They continued in the same pop-rock vein but a funk element started to creep in with the 12” single ‘Happy House’ in 1990. The transformation to dance-funk act coincided with the addition of saxophone players Neil McKenzie and Dieter Pruggo, with Buckfield renaming the band Happy House. Signed to the dance label Shock, Happy House released a 12” single ‘What U Wanna Do That For’, followed by the 7 track CD EP ‘Shelter Down’, but neither charted. The band released their eponymous debut album during 1993 and followed it up with the 1995 EP ‘Passion’ in June 1995, soon after moving out to find other accommodation.

Lin Buckfield went on to become a current affairs researcher with Australia’s Nine Network, then a television reporter (working on the respected ABC’s ‘Four Corners’). She played in another band called MisChalin, and currently plays in a Sydney band called the Bully Girls. Electric Pandas’ keyboard player Charlie Chan is now signed as an artist with Sony Classical. 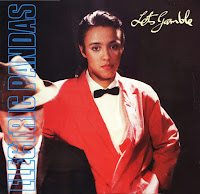 From big girls to bully girls, pint sized rocker Lin Buckfield is surely the closest Australia has to their own Suzi Quatro. [extract from retrouniverse.blogspot.com]

This post consists of FLACs and MP3's (320kps) ripped from my vinyl copy of this album. Because the album was acquired second hand, from what I suspect was a radio station's record library (based on the labels plastered over the cover), I had to source clean cover artwork from the Web. Inside cover artwork and label scans are my handy work however. As a bonus, I am also providing rips of 3 tracks (all non album tracks) from their 'Let's Gamble' 12" EP (kindly supplied by Deutros - thanks mate).  It's a shame this is their only album, as the album leaves you craving for more. Hope you enjoy another great Aussie Album listeners. 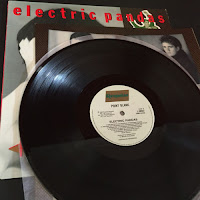 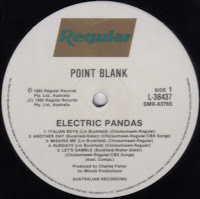