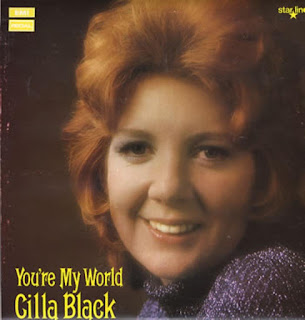 Cilla Black was one of Great Britain’s most successful and best-loved entertainers of all-time – she had 19 UK ‘Top 40’ singles (including two #1 hits), released 15 studio albums, sold out concert venues around the world and presented many iconic British TV shows whilst bringing up three sons with her husband, Bobby Willis.

Born Priscilla Maria Veronica White on the 27th May 1943, she grew up in a musically oriented household in one of the toughest parts of Liverpool. She quickly became a mini-celebrity in her neighbourhood, performing alongside so many legendary acts that were fundamental in establishing the “Mersey Sound”, such as The Beatles, Gerry and the Pacemakers, The Fourmost and Rory Storm and the Hurricanes.
Due to a twist of fate, Priscilla White (known around the Liverpool music scene as “Swinging Cilla”) almost overnight received a new stage name, when the music paper the ‘Mersey Beat’ misprinted her surname as Cilla Black, a name that she favoured and happily kept. 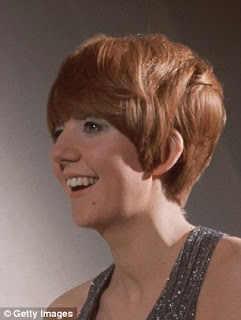 It wasn’t long before Cilla came to the attention of Brian Epstein, a local talent scout and manager of The Beatles. Epstein was introduced to her by none other than John Lennon, who persuaded him to arrange an audition at The Majestic Ballroom in Birkenhead. Unfortunately, the audition was unsuccessful due to a combination of nerves and singing to The Beatles’ accompaniment, who played in their own key. All was not lost as, to her surprise, she was later spotted by Epstein while singing “Bye, Bye Blackbird” in the jazzy surroundings of the Blue Angel club. This performance finally convinced him to sign her, so on the 6th September 1963, she became his only female vocalist!

During the sixties, Cilla sustained her place at the forefront of the Brit-Pop music scene, with one of the most impressive starts for a British female recording artist, including 17 consecutive Top 40 triumphs on the singles charts. To put this unprecedented success into perspective, it happened during a decade when achieving a Top 20 single meant that you had to sell in excess of 100,000 copies a day in the UK alone! 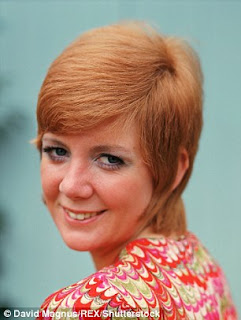 Shortly afterwards, Cilla Black made her debut on the British singles charts with one of the first of many songs given to her by John Lennon and Paul McCartney. “Love of the Loved”, a song Cilla had often heard The Beatles perform at The Cavern. The recording made a modest impression on the British charts when it was released on the 27th September 1963.

This was soon to be overshadowed by her next release, which Brian Epstein discovered on a trip to the USA. “Anyone Who Had A Heart”, a song by Hal David and Burt Bacharach, had already proved to be a massive hit for Dionne Warwick which Cilla, then a keen follower of the US Top 100, had already admired prior to it being suggested by Epstein. Her knockout rendition, recorded in January 1964, went on to become not only her first No. 1 but is still, to this day, the biggest selling single of all time by a British female recording artist. 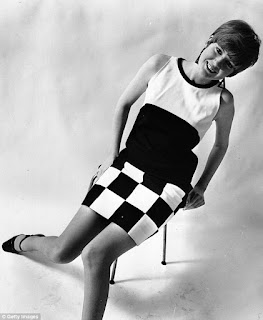 George Martin acquired the perfect follow-up, an Italian ballad, “Il Mio Mondo”, with an English lyric, became “You’re My World”. This epic “torch” song went on to become Cilla’s second No. 1, paving the way for an influx of other Italian songs such as Dusty Springfield’s “You Don’t Have To Say You Love Me”. Furthermore, it broke Cilla into the tough US market as well as gaining her massive support across Europe and Australasia, culminating in hundreds of sell-out concert dates throughout her time at EMI (1963-1978). [extract from https://www.cillablack.com]

Tragically, Cilla Black died of a stroke on August 1, 2015 after falling and hitting her head at her Spanish villa. She was sunbathing when she lost her balance, fell, and hit her head, which knocked her unconscious and she subsequently died of a stroke.

A bronze statue of Cilla Black was recently unveiled in Liverpool in the original spot where the famous Cavern Club was located during the 60's. The statue was commissioned by her three sons Robert, Ben, and Jack who donated the statue to the city of Liverpool in memory of their mum. The finished sculpture is cast in bronze and measures 6.6ft tall and weighs 130kg and ‘Cilla’ stands on a disc of her No.1 single ‘You’re My World’ – based on a real 45 record.

Her dress is made up of squares depicting images drawn from Cilla’s life and career. The text in these squares are set in relief and include her catchphrases from programs she presented, facts such as her wedding anniversary dates, quotes from her husband Bobby and close friends and song lyrics and titles.

I personally have fond memories of seeing Cilla on  T.V either hosting her own show or performing as a guest artist on others.  I think I was mainly intrigued by her unique smile and Liverpoolin accent, along with her beautiful voice.

This post consists of MP3's (320kps) ripped from my newly acquired vinyl, which I stumbled upon at my local flee market, buried among some other treasures which I plan to post soon.  Whoever owned these records really looked after them and were in almost mint condition.  Full album artwork is also included along with the usual label scans. This 70's compilation consists of tracks recorded between 1964 - 1969 and provide a wonderful insight into Cilla's early discography. Cilla - 'you were our world' and you will be sadly missed. 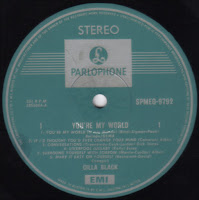