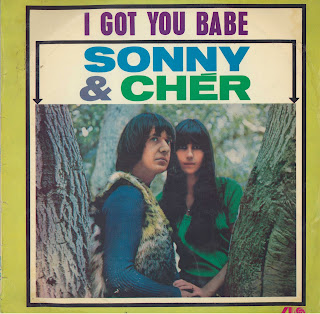 Sonny & Cher were an American pop music duo, actors, singers and entertainers made up of husband-and-wife team Sonny and Cher Bono in the 1960s and 1970s. The couple started their career in the mid-1960s as R&B backing singers for record producer Phil Spector.

Songwriter Salvatore "Sonny" Bono and his 19-year-old girlfriend Cherilyn "Cher" Sarkisian made No. 1 in the Billboard pop charts on August 14,1965 with "I Got You Babe." Bono may have borrowed the hipster term "babe" from Bob Dylan's "It Ain't Me, Babe," a recent hit for The Turtles, but their songs were mid-tempo ballads and Sonny and Cher became the acceptable face of hippy culture. Sonny and Cher had the language, the uniform - all bangs, stripy trousers, and boas, clothes which still got you kicked out of restaurants in '65 -and the love anthem with none of the anarchism associated with "freaks" in the news around and shortly after this time like Ken Kesey and Timothy Leary. The fact that Bono was already 30 and that they were a married couple singing traditional love songs helped them seem less "dangerous" to the mainstream. 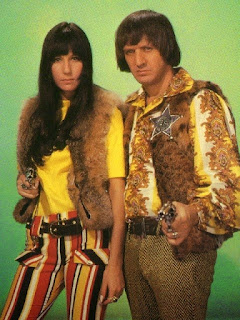 Signing with ATCO/Atlantic Records, they released three studio albums in the late 1960s, as well as the soundtrack recording for an unsuccessful movie, Good Times.

Until 1967, they could not miss but the hits then stopped until the couple won their own variety
television show in 1972. Their stage act translated perfectly to the screen - Cher playing the witty intellectual and Bono her stooge. In 1972, after four years of silence, the couple returned to the studio and released two other albums under the MCA/Kapp Records label. The hits returned, with Cher's parallel solo career proving as popular as the duo.

In the 1970s, they also positioned themselves as media personalities with two top ten TV shows in the US, The Sonny & Cher Comedy Hour and The Sonny & Cher Show. The couple's career as a duo ended not long after their divorce in 1975. In the decade they spent together, Sonny and Cher sold over 40 million records worldwide. 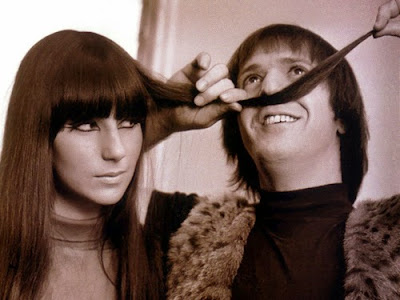 Performing under her first name, Cher went on to a highly successful career as a solo singer and actress, while Sonny Bono was eventually elected to Congress as a Republican U.S. Representative from California. The two performers were inducted to the Hollywood Walk of Fame in 1998, right after Sonny's death in a skiing accident.  [taken from Defining Moments in Music. Cassell Illustrated, 2007. p 322] 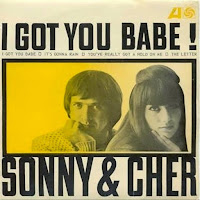 I Got You Babe (the album)
For their first album-length excursion in the wake of “I Got You Babe,” Sonny & Cher don’t tread too far outside the influence of Phil Spector, including covers of “Unchained Melody,” “Then He Kissed Me,” and “Why Don’t They Let Us Fall in Love,” of which the latter shows off the most appealing elements of each singers’ voice. “It’s Gonna Rain,” which Ahmet Ertegun favored over “I Got You Babe,” is a sub-Rascals attempt at white electric soul, while “500 Miles” is Spectorized folk-rock that Sonny carries for one verse and a chorus longer than he should have.  Overall a solid album that established Sonny & Cher as a power duo and celebrity couple.

This post consists of MP3's (320kps) ripped from a CD copy of this album. My vinyl was too far gone to rip but I have included label scans and original artwork. This album was re-released in CD format under the title 'Look At Us' for some strange reason, but the track listing is identical.  Hope you enjoy this 60's blast from the past. (Note: The track "The Letter" is not a cover version of the Box Top hit as one might suspect but rather an original penned by Harris & Terry - pity) 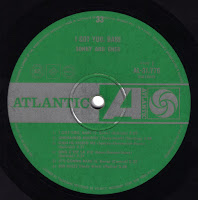