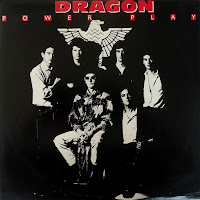 When Dragon arrived from New Zealand in 1976, having spent the previous 4 years building up a small following and releasing two progressive rock albums, they released the more commercial single "This Time" for CBS. The single found its way onto the the Sydney charts and after being picked up by other states it peaked at number 26 on the Australian national charts in November 1976. With the success of this single, their manager at the time Sebastian Chase sent them touring around the country. They tightened up as a group and along the way began gaining fans like never before.

In March 1977 they had a short break to record an album. With this complete it was back on the road, with a new single being released while the album was being put together. The single was Paul's "Get That Jive" with Robert's "On The Beachead" on the reverse. This single peaked at number 13 on the charts. In May the album was released. Called "Sunshine" it was not long before it went gold, reaching 24 on the albums chart. Although there were songs by the others, it was the Hewson songs that generated the most interest. 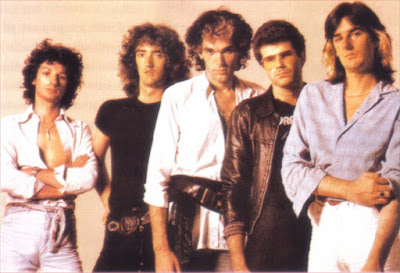 A third single from the album, "Sunshine"/"New Machine", both Hewson songs, was released in August, peaking at 36 on the charts.

Success was now with them. They soon became Australia's number one band. The sudden move from poverty to wealth meant that they had more cash to spend. An item on top of the shopping list was drugs. Meanwhile Peter Dawkins had secured an American deal with Portrait Records. Late in the year they were back in the recording studio to record another album. Anticipation of its release saw the album go gold on pre-release sales alone. 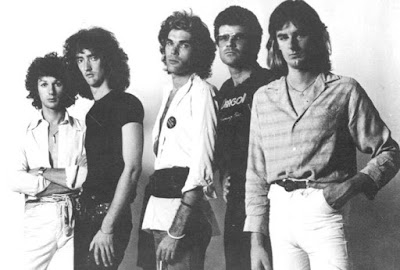 "Running Free" was released in November 1977 and went on to exceed double platinum status with sales, reaching number 6 on the album charts. Again a mixture of songs from the four songwriters, the standout release was "April Sun In Cuba". Written by Paul and Marc, the single reached number 2 on the charts, only to be held out of the number 1 spot by Paul McCartney's "Mull Of Kintyre".

The single was released in New Zealand to give them their first chart entry back home, making it to number 9 in March 1978. This was good timing as Dragon returned to New Zealand in January to headline the one-day Great Western Music Festival. Having not performed in New Zealand for nearly three years left them not as popular as some other locally based groups. They returned again in February to support Boz Scaggs at Western Springs, before returning to Australia to commence their largest national tour to date. A second single from the album "Shooting Stars"/"Some Strange Dream" barely touched the charts, rising to a poor #58 position.

The tour was one of their most successful ventures, although controversial at times, but the overheads were enormous, with the band members really living it up. Drugs and alcohol were becoming a major ingredient. By the end of the tour, Paul and Marc were the worst for wear. Paul had developed a serious drug habit, but through it all he still managed to churn out some further great songs. Marc had joined him with the drugs, while Robert and Kerry consumed the alcohol. The only one to stay reasonably responsible was Todd. While on tour they made the headlines around the country for reasons other than their music. While having a break during the tour at Magnetic Island, they managed to destroy the place.


On completion of the tour Dawkins had them back in the studio to record their third Australian album. While this was happening, another Hewson composition was released as a single in April 1978. "Konkaroo" backed with "Mr Thunder" also struggled on the charts, only making it to number 40. The new album "O'Zambesi" was released in September 1978. It was their biggest selling album, reaching number 3 on the album charts. From it came the single "Are You Old Enough" backed with "Company". It provided the group with their only number one single on the Australian charts.


Dragon was scheduled to take their music to the USA. They left on November 11 and from the moment they arrived, they continued the antics that they had enjoyed during the tour of the previous few months. They were sent on a support tour that had them totally mismatched and their audiences were not impressed. At meetings with their American record company, they either didn't show up or when they did, they were totally off their faces. Relationships with their American record company became very cool. They had blown any chance of making it in the US.

On return to Australia, the second single from the album was released. It was "Still In Love With You"/"Politics". Dragon was still popular and the single reached #27 by the end of the year. A few more gigs were organised up and down the country but the level of support was fading. Marc's voice was suffering from over-abuse and his on-stage antics were worse. It was time to do something about it. Marc was officially sacked from the group in March 1979. Once his health was restored, he set forth on a solo career. 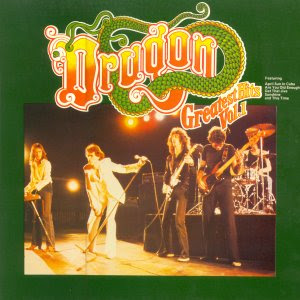 It was going to be difficult to replace the frontman, and they settled on using two friends, singer-saxophonist Billy Rogers from Perth band Hard Rock Cafe, and electric violinist Richard Lee, who had appeared on the O Zambezi album. This combination was different to what had been before. They aimed for a more sophisticated audience and even changed their musical style.

In June they undertook a tour with two other New Zealand bands, Hello Sailor and Mi-Sex, but left their former fans confused. To coincide with the tour they released another single "Love's Not Enough"/"Four Short Solos", but it was a failure, only reaching 37 on the charts.

To try and re-kindle interest, CBS released "Dragon's Greatest Hits Volume 1" in July. The old fans bought it and it ended up peaking at number 8 on the albums chart. Containing seven songs from their previous three albums and three singles, it was a great selection of their music, even if it was a bit presumptuous calling it Volume 1.

Dragon returned to New Zealand for their first national tour in September, but the trip was not successful. Back in Australia the new look Dragon entered the recording studio once more and the result was the album "Power Play". Two singles were released, "Counting Sheep"/"Now That Daddy's Home" and "Motor City Connection"/"Same Old Lies". Neither of these singles even made it to the charts. With the change in musical direction, there was not much room for Hewson's winning style. The album bombed miserably, struggling to 64 on the album charts, the worst position of any album they ever released.

With audience numbers dropping and debts going up, Dragon called it a day with a gig at Selina’s on New Year’s Eve 1979, with each member going their own separate way. The public had lost interest since the departure of Marc Hunter, although he had turned up as a guest at some shows later in the year, and the band’s writers were pulling in different directions. Marc pursued his solo career, Robert Taylor played with Sydney pub band the Magnetics. Kerry Jacobsen drummed with Mondo Rock in 1980, also Bill Miller and the Great Blokes in 1980, Kevin Borich Express in 1981 and DV8 in 1984. Todd played with the Headhunters and XL Capris in 1980. Paul had the greatest success, returning to New Zealand he joined the Pink Flamingos.

Two and half years later, Dragon reformed with the original lineup and made a huge comeback, but I might save that chapter for another post.  [extract from the New Zealand Music Of of the 60's & 70's website]
.
This post consists of FLACs and MP3's (320kps) ripped from my vinyl copy that I purchased second hand from a local record shop. The covers are not great, so I have included artwork sourced from a mate (thanks Micko) and the usual label scans.  Also included is the hard to find non-album single "Now Daddy's Home"  given to me by another mate (thanks Deutros), which was the B-side to "Counting Sheep".  Overall, this album holds its own, but the absence of Marc Hunter definitely didn't help album sales at the time.
All B&W photos were sourced from the Audio Culture of New Zealand Music website with thanks.
.
Tracklist 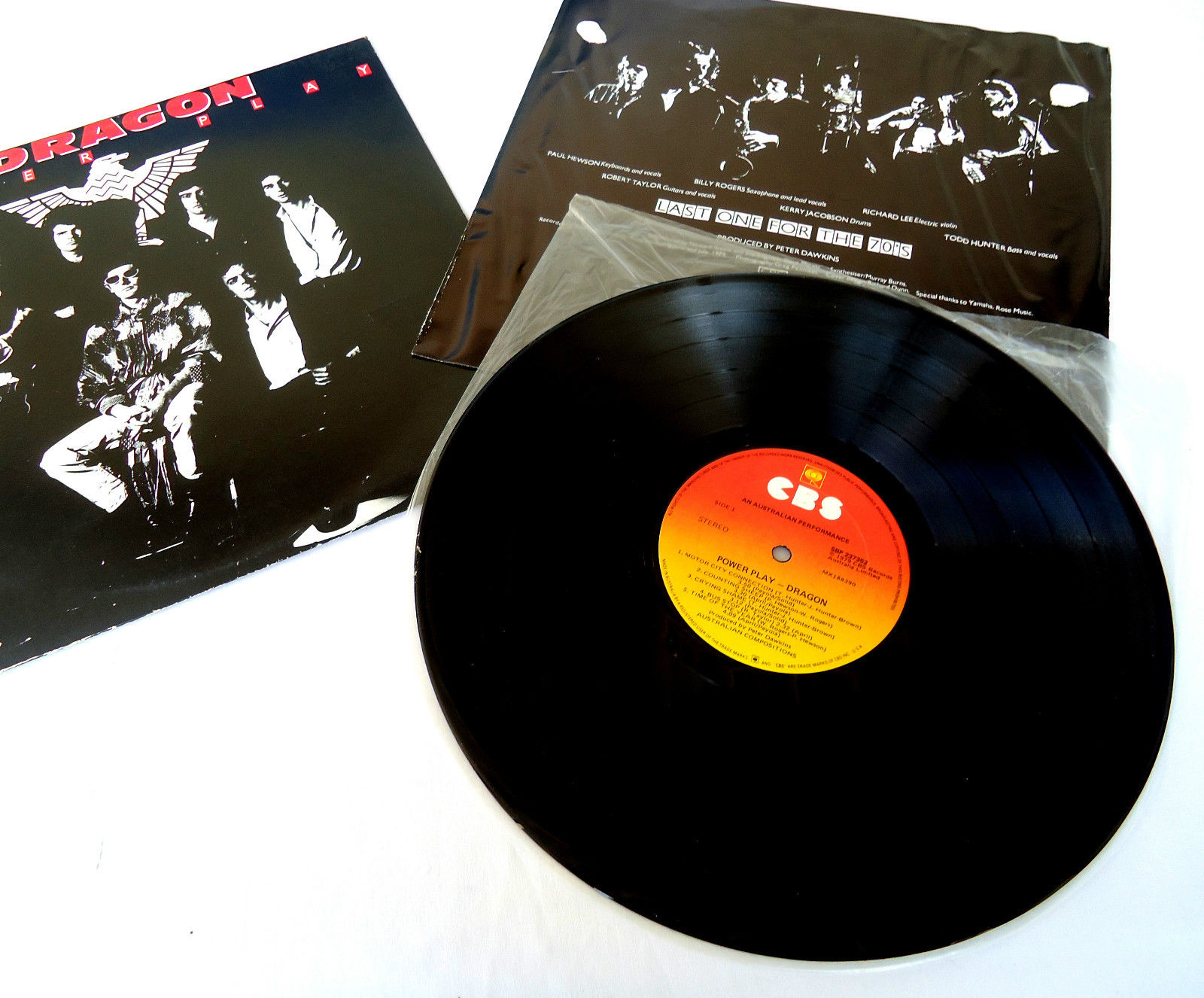 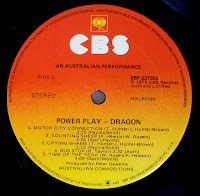