Bonham - The Disregard of Timekeeping (1989) 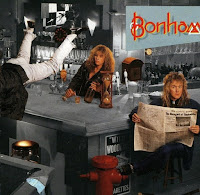 Jason Bonham first began playing drums at the age of four, and appeared with his father in the film The Song Remains the Same, drumming on a scaled-down kit. At 17, he joined his first band, Airrace. In 1985, he joined Virginia Wolf, making two albums and touring the US supporting the Firm.In 1988, Bonham joined former Led Zeppelin guitarist Jimmy Page for his Outrider album and tour. In May of the same year, Bonham appeared with the three surviving members of Led Zeppelin for a performance at Atlantic Records 40th Anniversary concert in New York City.

In 1989, Bonham appeared as a special guest at the Moscow Music Peace Festival, performing the song "Rock and Roll" with many major rock stars of the day. That same year, he formed his own band, Bonham, whose Zeppelin-inflected first release. ' The Disregard of Timekeeping' had a hit single, "Wait for You" and the music video for the subsequent single "Guilty" did get some play; however, after a lukewarm reception for their 1992 release, 'Mad Hatter', the band was dissolved, and Bonham concentrated on session work and guest appearances.
. 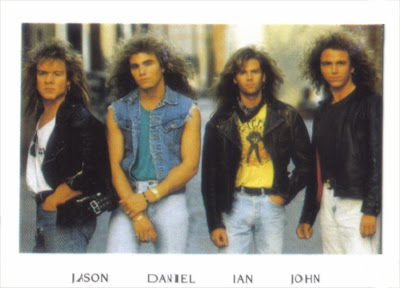 Review1
I have no doubt that being the son of a famous father opens doors in the music business just like any other. But, nepotism aside, obscurity is only one bad review away and if you can't perform you'll soon be found out by public and critics alike. So, after the indifferent reaction to his previous band Virginia Wolf, Jason Bonham had his entire future riding on the success of this group. In fact, I would suggest it smacks of desperation by all concerned that they feel they have to sell themselves on the strength of Bonham's name. Personally, I find it impossible to judge whether Bonham the drummer is up to scratch. How can you distinguish one from another unless you are a drummer? 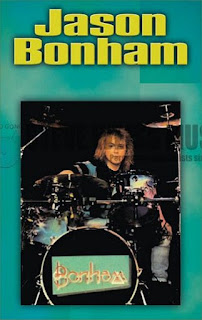 To give tub-thumpers the benefit of the doubt maybe you have to understand the technicalities to make any sort of call. As to Bonham the band, the fact they disappeared with little more than a ripple is more to do with bad timing than any musical deficiency. In truth, this traditional style of rock was very much in the decline at the time of the album's release and so it was almost destined to fail.
Bonham are certainly not afraid of the inevitable comparisons with Led Zeppelin, in act they seem to actively encourage them with Daniel MacMaster sounding uncannily like Robert Plant. The Disregard Of Timekeeping is not a brilliant album, but released only five years earlier and who knows?

Review2
It shouldn't be surprising that the debut album by a band fronted by Jason Bonham, son of Led Zeppelin drummer John Bonham, would bear a resemblance to the music of Dad's band. But The Disregard of Timekeeping doesn't so much sound like a Led Zeppelin album as it does like one of the solo albums by former Zeppelin singer Robert Plant. That is to say, it is altogether more conventional and controlled -- more pop, in a word -- than Zeppelin, which could be quite adventurous at times. 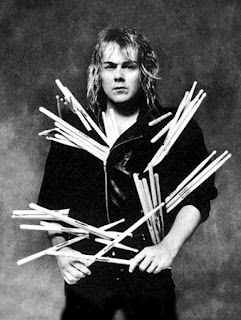 Here, Bonham-the-group sets up majestic guitar/keyboard riff patterns; Daniel MacMaster, in a familiar tenor screech, repeats simple chorus hooks; and Bonham-the-drummer pounds away in the familiar hard, woody sound of his father. The result is palatable, but without the famous name it would be hard to distinguish from the army of other Zep imitators. [AllMusic Review by William Ruhlmann]

This post was mainly chosen as I am a long standing Zep fan - Black Dog was my initiation and Rock 'N' Roll was their swan song (pun intended), so I do enjoy a bit of good skin action when it comes around. Who better to continue this on but the son of the great John Bonham. This post was ripped from my cassette tape release into MP3 format (320kps) and includes full artwork for the CD release. The sound quality is excellent (and in some ways superior to vinyl) and should keep most head bangers out there happy. 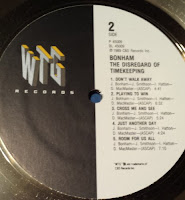