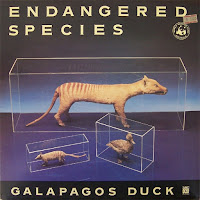 The band formed in 1969 for the winter season at "The Kosciusko Ski Chalet, Charlottes Pass".
Before it moved to The Rocks Push jazz club in Sydney, the band in 1969 was Marty Mooney and Tom Hare (reeds), Chris Qua (bass and trumpet), and Des Windsor (piano and organ). 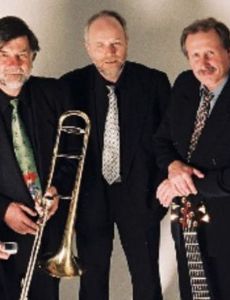 Bruce Viles (owner of the Rocks Push) established The Basement jazz club at Circular Quay in 1973 and the Galapagos Duck opened there as the house band. At that time, the personnel was Marty Mooney and Tom Hare (reeds), Chris Qua (bass and trumpet), Willie Qua (drums and reeds) and
Doug Robson (piano).

Some of the top names in Australian jazz have worked with the band at one time or another, including Dave Levy, Roger Frampton (no relation to Peter I'm afraid!), Col Nolan, Paul McNamara and Warren Daly (ex-Daly-Wilson Big Band). For more info, see their website  and a previous post I made for their 1977 Magnum album.

How the ‘Duck’ got its name
I’ve heard a few versions of the story, but this was told me by Tom Hare and John Connelly during my radio interview in the 1980s in Townsville. The “Duck Flies North” tour was to promote their “Endangered Species” album, sponsored by the Australian Wildlife Society : ‘In the early days at “The Basement” in Sydney the band shared the stage with an assortment of props for various functions. Alongside the old paraphernalia was a large wheel with a clapper that produced a loud clacking-quacking sound when it was spun around the numbers on the outer edge, giving rise to much humour in dull moments.

Around this time general conversation was rife about the discovery of the last giant tortoise left on the Galapagos Islands, nicknamed “Lonely George”. Spike Milligan was a firm follower of the band, often sitting in on trumpet and when a visitor to the club asked him the name of the band, in his own peculiar habit of zany humour, Spike told him: “it sounds like a Galapagos Duck”.
The following week the new chum was heard telling his friends loudly, “Oh, they’re the Galapagos Duck”. The name stuck. It is often misspelt, but seldom forgotten, and followers agree the band will never become an 'endangered species'.
[from Bundaberg-Jazz-Waves-Newsletter-Issue 25-February-2015, Editor: Valerie Brown] 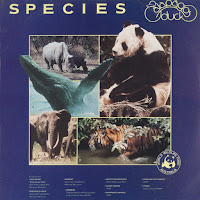 Album Review
Galapagos Duck would be counted as one of Australia's best-known jazz bands (which may not be saying that much, in truth). With a constantly changing personnel, they have been in existence since 1969, when the original members got together to play some gigs in the NSW snowfields
during ski season.

Since then the band has travelled a long musical road through most spectra of the jazz idiom, owing to the eclectic strengths of various members of the band. Their sound is unique, partly owing to their wide-ranging use of idiom, and the fact that over time most members of the band have been multi-instrumentalists, which means that in any one night or recording the line-up of instruments can change from tune to tune.

Endangered Species was released in 1985, in aid of the World Wildlife Fund. I suppose in some ways it could be termed as a concept album, in that the songs are about specific endangered species, or wildlife in general, with one song about the Greenpeace organisation.
As with most albums created around a concept, there are high points and low points in this recording. In fact quite often it is the grooves that stand out, rather than the tunes as a whole. The riff in Hindsight is very catchy, the groove in China Bear is good, (the lyrics aren't!), Living Planet has a great funk feel, and Grizzly Bear is a classic R'n'B type groove. 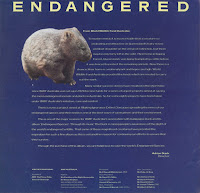 There are also some tunes here that hark back to traditional jazz, Wombat Walk being one of them. All the instrumentalists are top notch, with especially good trombone playing - in fact a few of the tunes feature a frontline of trombone and tenor sax, which perhaps shouldn't work as well as it does, given they are playing in the same voice.

The album is let down by it's lyrics - four tunes are sung, and the lyrics are somewhat trite (especially in Poor Little Bustard), which is a shame, as they make this album less than the sum of it's parts.
[Review by Roger Clark, from A View Over The Bell, 2011]

The reason I've included this album here is because it is a great introduction to jazz - many styles are included here, the improvisation is good and easy to follow, and the grooves get into your head.
This post consists of FLACs and MP3's (320kps) ripped from my newly acquired vinyl copy (found tucked away in a box of jazz records at a garage sale) which literally sparkled when I inspected its condition. No crackles and pops on this one folks.  Full album artwork and label scans (ABC records) included.
. 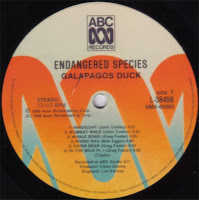 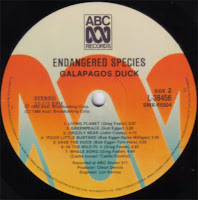