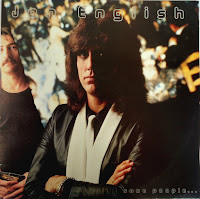 Jon English migrated to Australia from Essex, England, with his family in the 1960s. He launched his career with a garage band of schoolmates while still attending Cabramatta High in Sydney.

In 1972, he leapt from virtual obscurity when he joined the Australian stage production of Jesus Christ Superstar. He won the part of Judas over 2,000 other hopefuls and completed three separate stints in the role – In 1972, 1975 and 1978. He also appeared on the Original Cast album of 1972.

Jon performed with the studio band Duck on the soundtrack to the rock opera Ned Kelly, and released his debut album 'Wine Dark Sea'. His next album,'It’s All A Game', yielded his first hit single – a cover version of the Bob Seger song "Turn the Page" – which peaked at #7 in Australia in February 1975. He then joined a new production of Jesus Christ Superstar and released his third album, 'Hollywood Seven'. 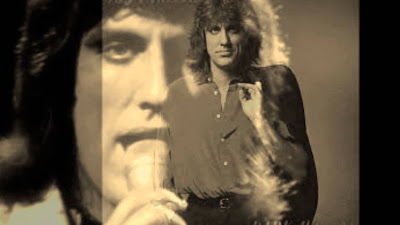 English then starred in the Australian television mini-series Against The Wind as Jonathan Garrett – a transported convict freshly arrived in Sydney. He also composed, produced, and recorded the soundtrack album with Mario Millo, and the theme to the series – "Six Ribbons" – was released as a single and became the best-selling male pop single in Australia in 1979, peaking at #5 in January.

He won Best New Talent at the 1979 Logie Awards and Against The Wind later became a hit TV series in both Scandinavia and the UK.

A double compilation album, 'English History', peaked at #4 in August 1979, and Jon toured Australia and overseas with his new band, Baxter Funk. Two albums followed: 'Calm Before The Storm' (1980) and 'Inroads' (1981). He then undertook a sold-out tour of Scandinavia where the soundtrack to Against The Wind had sold over 100,000 copies. 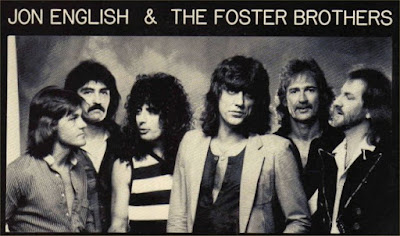 A live double album, 'Beating the Boards', was released in 1982, followed by 'Jokers and Queens' – a mini-album with Marcia Hines. 'Some People', featuring John Dallimore on guitar and Jon's new backing band 'The Foster Brothers', was his next solo outing in 1983. Two singles "Some People" and "Tempted" were taken from the album in 1983 while a duet single with Renee Geyer, "Every Beat of My Heart", was released in 1984. 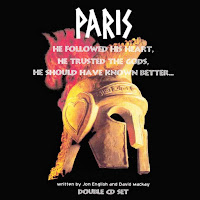 In the same year, English joined the stage production The Pirates of Penzance as the Pirate King. Several stage musicals followed over the next decade, including Rasputin (1987), The Mikado, and HMS Pinafore. Several singles were released during this time, as was the album 'Dark Horses' (1987).

In 1990, English released another album, 'Always the Busker'. An adaptation of Homer’s Iliad was released by WEA in the same year under the title of 'Paris' – a collaboration between English and producer David McKay that won the 1990 Australian Record Industry Association (ARIA) Award for Best Original Soundtrack or Cast Recording.

In 1993, English performed in the popular Australian comedy TV series All Together Now as Bobby Rivers, a washed-up rock relic. "All Together Now" was released as a single, as was the 'Best of Jon English' 20th Anniversary Album in the same year [extract from nostalgiacentral.com]
. 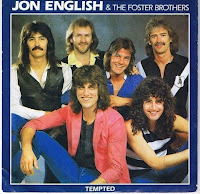 This post consists of both FLACs and MP3's (320kps) ripped from my vinyl and includes full album for LP.
I have also chosen to include the bonus non-album track "Beating The Boards" which was the B-side to the single "Some People". Although this album didn't chart well and failed to produce a hit single, it is still a good all rounder and "Oh, Paris" on the flip side is the highlight for me. What really caught my attention when I first saw this album was the presence of John Dallimore (Redhouse), playing guitar and adding backing vocals. Along with the other members of the Foster Brothers, they provide Jon with a great sound and add value to Jon's powerful vocals and song writing capabilities.
Note: this album was also released in the States on the Frituna label in 1982, but with the track "The Leader" included instead of  "Coming Up" (see cover below)

I'm in shock and close to tears - Jon's passing, only hours after I had created this post has saddened me deeply. This post was meant to be a celebration of Jon's talent, and not a  'tribute'. RIP Jon English and condolences to his family and friends
.
Track Listing 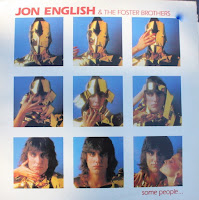 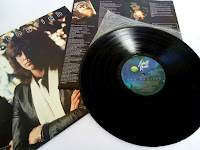