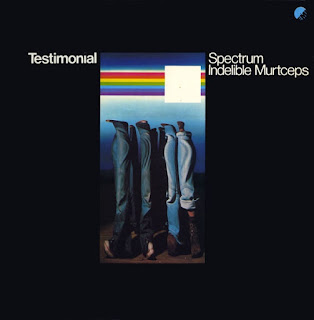 The Indelible Murtceps
The Indelible Murtceps was the alter-ego of 1970s Australian progressive rock band Spectrum. The name 'murtceps' is 'spectrum' spelled backwards. The Melbourne-based group developed an extensive repertoire of original experimental progressive rock music, intended for performance in a serious concert setting, using a large PA system and light show, as well as on occasion being augmented by Melbourne performance troupe 'The Tribe'. They commonly performed at larger concert halls, so-called 'head' venues like the T.F. Much Ballroom and at rock festivals.

During the early 1970s the Australian rock scene began to change, and the circuit of festivals, large concert and 'head' venues began to dwindle as the scene shifted towards a simpler, heavier and more accessible style, which has become known as "pub rock". Realising that their lengthy and complex material was precluding them from getting bookings on the lucrative local dance and pub circuit, Spectrum created a set of simpler, dancier music, using a reduced stage setup. They re-christened the band as "The Indelible Murtceps" for the purpose, allowing Spectrum to continue on its progressive course while enabling them to supplement their income with the Murtceps gigs. 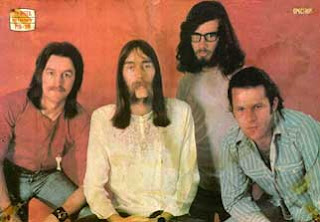 In late 1972 they recorded the album Warts Up Your Nose, produced by Peter Dawkins. It featured a selection of the songs they performed as Murtceps, most of which featured satirical, scatological and sexual themes; the centrepiece was Mike Rudd's epic 13-minute ode to marijuana, "Some Good Advice". The album was packaged in a brown cardboard cover, intended to evoke the "plain brown wrapper" traditionally associated with pornographic publications. They released one single, "Esmeralda" which (like the song "Rene" by The Small Faces) was a lighthearted ode to a prostitute. They released two singles as Murtceps -- "Esmeralda" / "We Are Indelible" and "Indelible Shuffle" / "Ray's Boogie".  Warts has been recently released on CD by Aztec Records, and can be purchased from their website. 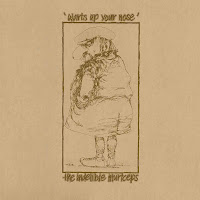 The Warts album was the last to feature original keyboard player Lee Neale. He suffered a nervous breakdown shortly after the album was completed and he left the band in September 1972, to be replaced by Canberra-born John Mills. Neale abandoned the music scene for good and dropped completely out of sight; to this day his former bandmates do not know of his whereabouts or what became of him after leaving Spectrum [extract from wikipedia]
.
.
Spectrum
Line-up: MIKE RUDD  (lead vocals, guitar); MARK KENNEDY (drums); BILL PUTT (bass guitar); LEE NEALE (organ).
Mike (ex-Sons Of A Vegetal Mother) and Bill (ex-Lost Souls) founded Spectrum in April, 1969. They stuck mainly to the Melbourne disco circuit and their early style was very much akin to English band Traffic.
Although they gained almost immediate respect from the pop fraternity, by early 1970 promoters were reluctant to hire them because of their image and original (perhaps a little uncommercial) material. By mid 1970 they were virtually broke and to top it off Mark left the band in August. He was replaced by RAY ARNOTT (ex-Genesis). 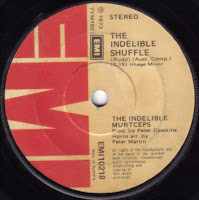 The single was followed by their debut album entitled Spectrum Part One. It was lavished with praise by the critics and managed a quick ascension into the LP charts in April '71. Their second single, 'Trust Me'/'Going Home' failed to sell well, although the band was always regarded more as an album band and it was in this area that they gained most of their success.
Despite their popularity their complex music made it difficult to please dance-type audiences and once again it was affecting them financially. So in October '71 they decided to develop the group as two separate entities. The result of this split personality concept was the creation of a new band they called Indelible Murtceps. This gave them the opportunity to continue their progressive style through Spectrum, yet promote a dance-sound through Murtceps.
Late in 1971 they released their second album, Milesago, which made the charts in January, 1972 and was even more successful than Spectrum Part One.
Then in September '72 Lee left the band and his replacement caused a major problem. The situation compounded in March '73 when Ray announced that he was leaving to join Ross Wilson's new group. Bill and Mike decided that the task of re-constructing the unique Murtceps—Spectrum format would be impossible, so they dissolved the band.
Fortunately they had a collection of good tracks in the pipeline, which were released posthumously. They included a single 'Indelible Shuffle' (June '73), an album entitled Testimonial (July '73) and a double LP called Terminal Buzz (December '73) — featuring a live performance recorded at the Dallas Brooks Hall in Melbourne on April 15, 1973.
Of course Mike and Bill went on to form the legendary Ariel in May, 1973. [extract from Noel McGrath's 'Australian Encyclopaedia Of Rock', Outback Press, 1978. p299-300]

Album Review
Although there was an attempt to keep the Spectrum and Indelible Murtceps personae separate, there was inevitably some confusion between the two bands, and so the next album was jointly credited to both entities. There was an attempt to keep a demarcation between the two though, each track being assigned to one name or the other, with clear instrumentation and genre differences. Instead of this diversity being a strength, as it was on Milesago, it becomes jarring. The Murtceps numbers are generally straight-forward boogie numbers (with apparently an ear to the success of Daddy Cool - the guitar riff in "Indelible Shuffle" is very reminiscent of their "Hi Honey Ho"), with keyboards restricted to piano. The Spectrum numbers are ponderous mid-tempo numbers with a fuller range of keyboard sounds (courtesy new member John Mills), including the first use of synthesizers, but little of the fire we used to get from Lee Neale - or from anyone else in the band. The best number on the album is the one Murtceps number to break the genre straightjacket imposed on each identity, "Real Meanie". The best of the Spectrum numbers are "I Think I Even Missed The Station" and Ray Arnott's grooving "It Would Be Nice". "Essay In Paranoia", apparently a stage favourite at the time, is the most overtly proggy in it's multiple sections and use of synthesizer.  [Simon From Progarchives.com]
. 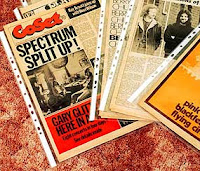 This post consists of FLACs and MP3's (320kps) ripped from my prized Vinyl copy, which I have had for ever. My only regret is that I never purchased the Warts Up Your Nose album, but was consoled recently when I was able to purchase the CD release.
Of course, full album artwork is included plus select photos of the band and label scans.  Although I never had the opportunity to see Spectrum_Indelible Murtceps play live, I did see Ariel many, many times while they gigged on the University circuit and have always thought they were an awesome band.  This album is a classic, and I only hope that Aztec can obtain the rights to release it on CD at some stage.
Thanks to Woodynet at Midoztouch for the Go Set Article featured above.
.
Track Listing 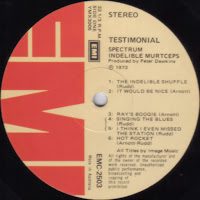 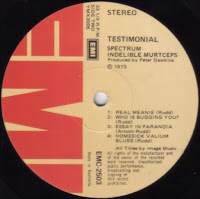