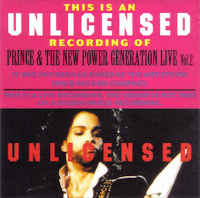 Prince Rogers Nelson (born June 7, 1958), known from 1993 to 2000 as an unpronounceable symbol (or, informally, 'The Artist Formerly Known as Prince', 'Tafkap', 'The Artist', etc), is a popular American musician. He had 1984's biggest hit song in the U.S. with "When Doves Cry", and he's arguably best known for his album 'Purple Rain' and his movie of the same name. During the 80s, Prince had comparable success with other 'mega-superstars' such as Michael Jackson, Whitney Houston, and Madonna in terms of star power and sales. Both individually and with his backing groups 'The Revolution' and 'The New Power Generation', Prince has remained one of the world's most bestselling artists, even as his popularity has waned since the mid-90s, 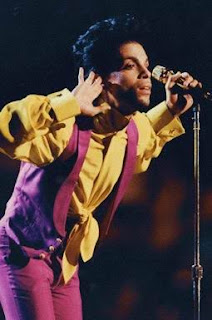 Few other musicians have matched the formidable breadth of his talents as a multi-instrumentalist performer, with his skills including not just singing and dancing but also composing, producing, and playing multiple instruments while directing videos and movies. In fact, Prince played nearly all the instruments on his first five albums, and he has produced himself since signing with Warner Bros. as a mere teenager. In terms of style, Prince's music has spanned myriad genres and showed a debt to numerous past artists. From his early material, rooted in funk and soul, he has constantly expanded his musical palette throughout his career, absorbing many other genres such as pop, rock, jazz, and hip-hop.
.
In 1991, Prince formed what he dubbed "The New Power Generation", the most versatile backing group that he has ever assembled. With their first album, 'Diamonds and Pearls', Prince reasserted his mastery of contemporary R&B. The album became his biggest hit since 1985, with the song "Cream" being a worldwide smash and countless fans loving the vibrant soulful ethos of the work. Other tunes such as "Money Don't Matter 2 Night" and "Diamonds and Pearls" earned major praise. 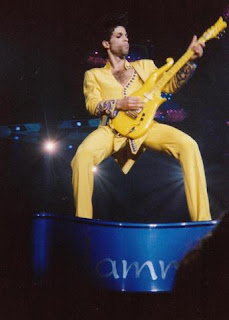 The Diamonds and Pearls Tour
Like several of his then-recent tours, Prince chose not to tour in the United States (the exception being the Lovesexy World Tour). It wouldn't be till 1993's Act I Tour before Prince did a full tour of the United States.

More extravagant than the previous year's Nude Tour, the Diamonds and Pearls Tour had more expensive set design, and additional band members. The setlist focused mainly on songs from the album, but was spattered with a number of greatest hits. Most songs were played in their entirety. Prince added a new horn section to the band and promoted a new hip-hop image with raps by Tony M.

After the departure of the remaining members of The Revolution after 1990's Nude Tour, Prince decided to officially dub this new band The New Power Generation. Most of the band transferred over from the Nude Tour. Levi Seacer, Jr. was switched from bass to guitar to replace the departed Miko Weaver while Sonny T. took over for Levi on bass. Tommy Barbarella was brought in as a replacement for Doctor Fink on keyboards.
.

Prince added a new horn section to the band, dubbed the NPG Hornz who, while not being active on the Diamonds and Pearls album, would contribute greatly to Prince's albums for several years. 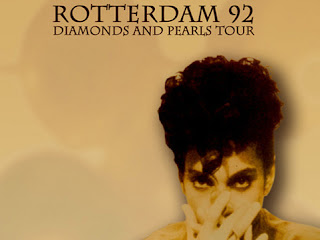 Dancers Diamond and Pearl were mainly eye candy and holdovers from promotional videos, but Mayte Garcia would be elevated to the focus of his next album, and eventually become Prince's bride [extract from wikipedia]
.
This post is the second half of the heavily booted Rotterdam concert, recorded on 28th may, 1992 at the Ahoy' Sportpaleis, Rotterdam, The Netherlands.  It contains MP3 (320kps) ripped from the Australian AMCOS bootleg, released in 1993 and comes with full artwork. Below right is an alternative front cover for this bootleg which contains both volumes. The quality of the recording is excellent.
.
Track Listing
01 - Thieves In The Temples    10:45
02 - Strollin'    2:27 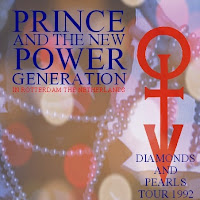