Peter Cupples - Half The Effort Twice The Effect (1984) 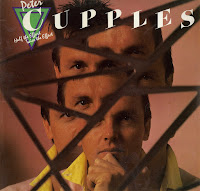 Peter Cupples has been delighting Australian audiences for three decades. Originally with ‘Stylus’ in the late 70’s, then through the 80’s with the Peter Cupples Band featuring the likes of ‘David Hirshfelder’, ‘Virgil Donati’, ‘Ross Ingles’ and ‘Rob Little’.
Cupples is known by most singers as ‘the singers singer’ and is widely respected by his peers.
Some of his biggest fans come from far and wide ‘Bill Schnee’ producer of ‘Boz Scaggs’ Amy Grant’and ‘Huey Lewis and the News’, ‘legendary horn arranger ‘Gerry Hay ’ and ‘Harvey Mason’ to name a few.
He was the first white singer to sing on the Motown label with ‘Stylus’ and has always maintained a deep respect for soul music. 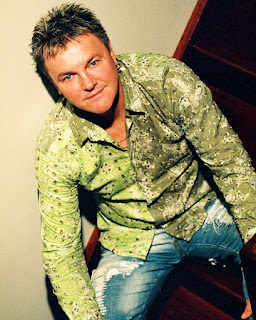 The band played the Melbourne pub band circuit in the early 80's when pub rock was big business around town. We loved what we were doing, and we felt that we were forging ahead and defining new trends in music. We had a decent publicity machine behind us, and generated a good amount of interest in Australia and overseas. We supported some top overseas artists and received critical acclaim. The album and singles sold well, particularly in Melbourne, but we never received the commercial success that we needed to take the band to the next level.

We never managed to put together the sound that was needed for a big Aussie hit. Maybe we were a bit too different, maybe the timing wasn't right.. - it's hard to say - but we were playing the music we loved playing, and our loyal fans followed us around the circuit as we continued in our pursuit of success.
We started working towards the second album "Half The Effort Twice The Effect". The songs had already become part of our set, and the fans had received them well. We had enough material to put down a follow up to 'Fear Of Thunder'. It was just a matter of working out with the record company which direction the album would take.

Louie Shelton, who is a legendary guitar player from America, came to Australia to produce ‘Half the Effort, Twice the Effect’ back in 1983.  That’s when I first met Louie.  Louie was inducted into America’s Musician’s Hall of Fame in 2009. He played on all The Monkees’ stuff. He has also played with The Jackson Five, Marvin Gaye, Boz Scaggs, Lionel Ritchie, Barbra Streisand.

'Half The Effort' was recorded for the American market and as good a recording as it is it is a bit of an orphan. It was never really given its chance to find a place in the local market and suffered from a lack of marketing. It was never even released in the U.S… Locally it was labelled as an American recording and in America it sounded like too many other American bands.  That being said,it was a beautiful album and I loved the music on it. Louis managed to get the legendary Gerry Hey to provide the horns section when he mixed it in the U.S. 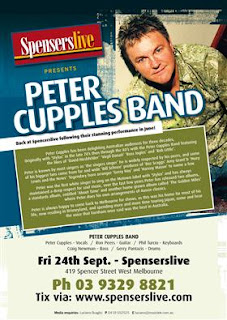 "Love Of Another World" was the first single and features that horn section.

"Party Lights" was a poppy song that got some airplay.. Probably the peoples favourite song on the album was a little ballad called "Sitting Here".. Whilst being slightly departed from our rock 'n' roll roots it never failed to bring the house down when played live. We finished it with a little three part harmony that still sounds wonderful today. People still come up to me today and mention that little number,20 years on.

However, for the second time in my career I had reached a stage where the constant drain and grind of touring had worn me down. Similar to the end of the Stylus years, this period in the Peter Cupples Band signaled to me that it was time for a new direction in life.


In an interview with Peter Cupples, conducted by Sharyn Hamey at RockClub40, Cupples talks about his musical inspirations:

Peter has drawn his musical inspiration from a variety of artists.
“James Taylor, for one.  I met James Taylor in Melbourne many years ago. We got to have a beer together and a bit of a chit chat for half an hour. I’d been to see his concert actually and, after his concert, his manager brought him to the night club owned by my manager and I was there and we just sat down and had a few beers. The two managers went off and James and I were sitting at the bar, having a beer and talking about growing up in the country. He was very affable, very quiet in a way and very humble. It was one of the great thrills for me.  I was a massive Taylor fan.  I also 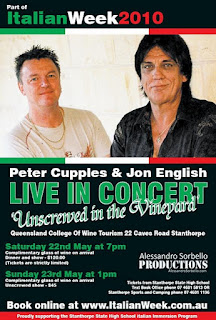 admire Stevie Wonder as a complete package… as a musician, as a writer and as a singer - just awesome! I’ve always loved soul singers. The real soul singers like Marvin Gaye, Curtis Mayfield, Levi Stubbs from the original ‘Four Tops’, ‘Earth, Wind and Fire’ – I’m a big fan of ‘Earth, Wind and Fire.’ That’s from a singer’s point of view. From a musician’s point of view, I love guitar players like Larry Cahill. Love Sting as a poet, Paul Simon, Bob Dylan… as writers.  And I really admire Neil Finn.”I point out that there are probably a lot of people who draw inspiration from Peter Cupples as well. “Actually,” he admits, rather reluctantly, “I had an email the other day from a bass player who is playing with Billy Joel and has played with Madonna and he grew up in Melbourne, following my band, and he drew inspiration from there and he said ‘If it wasn’t for you, I probably wouldn’t have pursued music.’ So he’s making a fortune out of it,”  Peter laughs  “and I’m making nothing! Seriously, though, it certainly is wonderful when someone takes the time out to let you know about it. It gives you a certain amount of satisfaction, I suppose. We all like to think that we’re doing something good.”

Peter is still gigging these days doing mostly solo stuff but has recently tied up with the legendary Jon English to form "Uncorked". They have embarked on producing a lifestyle type program based around our music, wine, food and travel, all rolled in together. We have played together at a number of vineyards, and have filmed a pilot special in Tasmania earlier this year. They are hoping to expand the show, to cover the other parts of Australia, when they secure a network deal.

This post consists of FLACs & MP3's (320kps) ripped from my recently acquired vinyl - a nice little find at the Essendon Secondhand Record Store. Although the front cover was slightly damaged, the vinyl itself is flawless. I have manged to photoshop repair the cover artwork for you, which is also included along with label scans. This album really rocks with the help of some accomplished Australian musicians, including Virgil Donati (Taste, Southern Sons, Jon Stevens) on drums and David Hirschfelder (LRB, John Farnham, Dragon) on keyboards.  If you liked his 'Fear of Thunder' album, then you won't be disappointed with this later release.
.
Track Listing 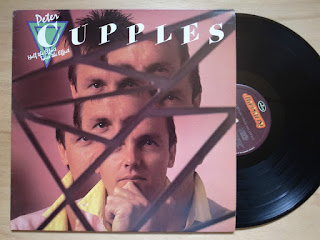