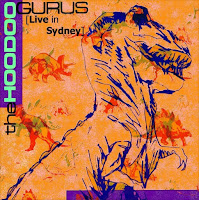 In the early 1980s college radio dominated the rock industry. A loose network of campus stations across the US was breaking guitar rock from the likes of R.E.M. and The Replacements into the charts. This style of aggressive post-punk rock suited many Australian bands of the time. The Hoodoo Gurus, Died Pretty, The Church and The Celibate Rifles all found welcome on the college circuit. The Hoodoo Gurus in particular spent some years playing US campuses.
By the time they recorded the first album, Stoneage Romeos, Dave Faulkner had restructured the Gurus from a party band to a tight, powerful rock machine with the addition of guitarist Brad Shepherd and bassist Clyde Bramley whilst drummer James Baker was soon replaced by Mark Kingsmill. With their roots still firmly in the style of garage punk rock, Faulkner expanded his palette as a songwriter to pen a number of hit songs. Unlike so many of his contemporaries, Faulkner had no interest 4 in an inner-city elitism and he led the Gurus out to the suburbs on punishing tours. Within a couple of years the group had established a size able following on both sides of the Pacific. [extract from The Real Thing 1957 - Now, p159] 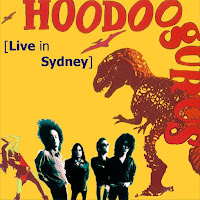 The Hoodoo Gurus continued to be a popular live act through the 1980's and '90's. Dave Faulkner became a production partner in Trafalgar Records and made some interesting records with a variety of artists. Faulkner also branched out into film scores.
Hoodoo Gurus had a string of acclaimed pop-rock singles including “Leilani” (1982), “Tojo” (1983), “My Girl” (1983), “I Want You Back” (1984), “Bittersweet”, “Like Wow – Wipeout!”, and “What’s My Scene?”. After touring the United States from 1984 onwards they gained popularity on the U.S. college rock circuit with singles “Come Anytime” (1989) reaching #1 and “Miss Freelove ‘69? (1991) reaching #3 on the Billboard Modern Rock Tracks chart.
Gurus’ biggest Australian hit single was their 1987 Top 3 hit song “What’s My Scene?” or, as modified for the National Rugby League 2000s theme, “That’s My Team”.  [extract from Juice magazine]
.
Hoodoo Gurus learned the hard way exactly how difficult it is to keep the old band together. Back in 1998, still at the peak of their prowess and popularity, Faulkner and his fellow Gurus - guitarist Brad Shepherd, bassist Rick Grossman and drummer Mark Kingsmill - decided it was time to call it a day and broke up the band. They all went off to perform and record with other people, but soon missed each other so much that they formed a new band together, the Persian Rugs, which they insisted for years had nothing to do with the Hoodoo Gurus, except that the two bands coincidentally shared exactly the same line-up for a time.

Thankfully, in 2003, they put an end to that charade and reformed as the Hoodoo Gurus."The real wake up call for me was when the band broke up for six years," says singer Dave Faulkner. "I had never questioned what it was like being in the Hoodoo Gurus because I always was. After about four years, we did a one-off show at the Homebake festival in Sydney. We went up on stage and played and there was that exact same chemistry there - a more powerful entity than just the four of us on stage, a shared identity that was larger than all of us. The champion team versus the team of champions. None of us are the greatest musicians on Earth individually. It's just when we get together, we add something to each other and harmonise in certain ways."

In 2012, they released a brilliant all-new summary of an extraordinary career thus far, the best-of companion, 'Gold Watch'. It should be noted that this is not the Hoodoo Gurus' first greatest hits collection. Way back in 1992, to mark their 10th anniversary, the Gurus released Electric Soup - The Singles Collection, which went on to achieve triple-platinum sales and became one of the most successful albums in Australia at that time. But that collection only told part of the story. Gold Watch is the first compilation to represent all nine of the Gurus' studio albums, and then some.

As elder statesmen of Australian rock & roll, the Hoodoo Gurus are held in the same high esteem by their peers as they are by their fans. In 2007, the group was inducted into the ARIA Hall Of Fame. Two years earlier, a cross-section of the Australian music community paid the band the ultimate homage by lovingly producing a tribute album of Gurus covers entitled Stoneage Cameos. It included contributions from the likes of You Am I, Spiderbait, The Living End, Grinspoon and, most bizarrely, the Persian Rugs.

Dave Faulkner says he remains amazed and eternally thankful that, three decades on, the music of the Hoodoo Gurus still holds such resonance with the Australian public. "I'm very grateful that we've got away with it for so long,' he says with a laugh. "Obviously, I'm proud of the songs and, as a writer, I'm so chuffed they've been adopted by people as part of their lives. They're not really my songs anymore; they're everyone else's. I just played a part in the beginning in raising them." 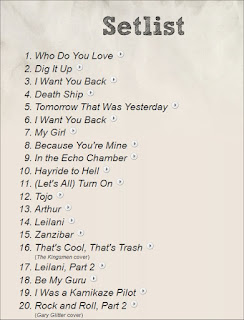 This post features James Baker's last show with the band. Recorded in the Silver Spade Room at the Cheveron Hotel, Sydney on July 18th, 1984. The concert was later broadcast as part of the "Impossible Music Festival" on May 27, 2007 on Triple J FM.
This is a Soundboard Recording Concert ripped from CD and consists of MP3's (320kps) with full album artwork. Although the quality of the recording is exceptional the track listing featured on this bootleg is not totally reflective of what was played on the night which is a shame (see Setlist right).
.
Track Listing
01. Who Do You Love?
02. Dig It Up
03. I Want You Back
04. Death Ship
05. Tomorrow That Was Yesterday 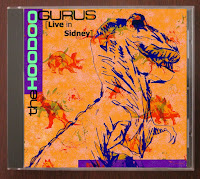