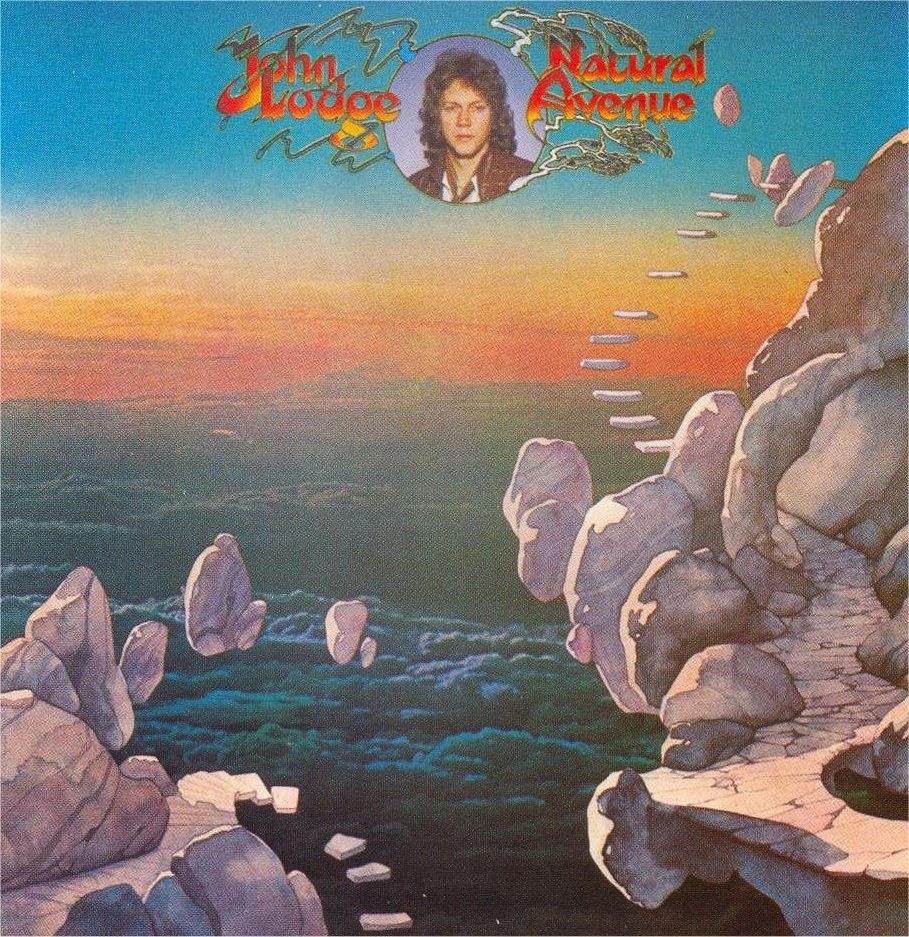 This 1977 solo effort by John Lodge, the Moody Blues' esteemed guitarist reminds listeners of various important things. First, that he's a great rocker who enjoys an inspirational, jamming tune that can flash his electric prowess, as on the locomotive "Natural Avenue." Second, that once a Moody, always a Moody, as every song to a certain extent has that ethereal, orchestral flair to it, and incorporating this can be sappy or effective, depending on the strength of the tune ("Summer Breeze" is a bit on the melodramatic side). And finally, that Justin Hayward was and is the lead singer for a good reason. Lodge has a serviceable voice, and charms effectively on kindly ballads like "Carry Me," but there's an airy quality to his delivery that skims over the potentially deeper emotions of each tune. The album is best listened to as a nostalgia session because many of the cheesier '70s production techniques were employed, dating it pretty severely. Perhaps the fact that Lodge's solo career never fully took off is something we should be grateful for; had it, the Moody Blues might not have endured intact so many decades beyond their original heyday. [review Jonathan Widran] 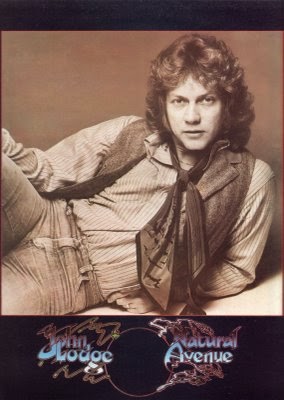 Listening to the various solo albums and collaborations of the band members really drives home the following idea in my mind: the Moody Blues were a band entirely (except for Edge) made of second bananas. By this I mean that the four main songwriters were all the kind of guys you could rely on for two or three really good songs per album, but that would have trouble filling out a recording with great songs from start to finish. Now, within a band as "democratic" as the Moodies were, this made for an ideal situation, since nobody had to contribute more than two or three of those songs an album, and as such the band's albums ranged from good to great. This album, though, follows the expected pattern of a Moody Blues second banana; a bunch of material ranging from mediocre to quite good, with a couple of incredible peaks thrown in for good measure.

The album actually starts off quite strong, giving the impression of a potential minor classic. The opening "Intro to Children of Rock and Roll" (the full track is much later in the album) is a minute-long acoustic number that's just sorta there, but the title track that follows is quite interesting. It's a fascinating example of how an awkward, not-quite-right sequence of notes, as in the verses, can function as a full-fledged hook, and while the "rocking" foundation is kinda pedestrian, the various elements of the song come together in a way that I really like. "Carry Me" and 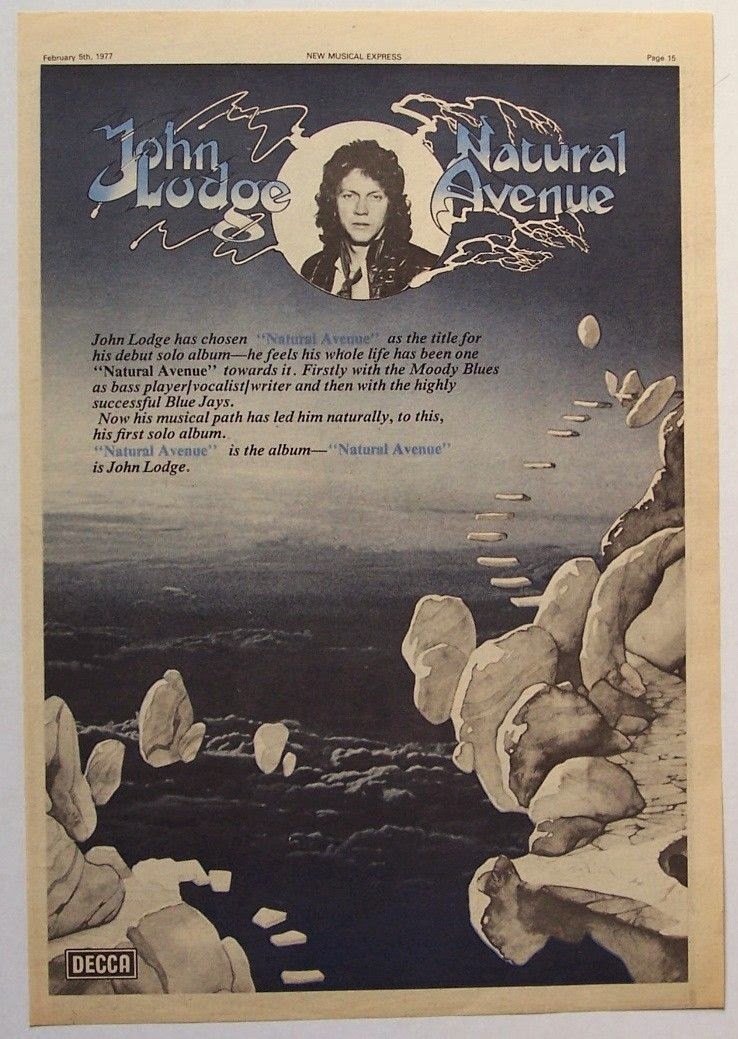 "Summer Breeze" are both rather nice pop-ballads that each boast pretty lovely melodies; they each basically just ride a couple of nice, but not amazing, hooks for a few minutes a piece, and they each leave me with a warm feeling when they're over. We then come to the album's first major classic, the gloriously anthemic "Who Could Change." The melody is built around a two-note foundation, a foundation that has led to some classics through the years (e.g. "Imagine," "Isn't it a Pity") and scores of tacky anthems, and I really think this song comes out strongly on the positive end of things. It's a song that really benefits from John's "shaky" voice, in much the same way that his parts in "Isn't Life Strange" benefit, and the contrast between John's voice and the incredible build in the arrangements (including guitar parts that sound uncannily like Hayward at his best but which apparently aren't) as the song goes on really impresses me. A hardcore Moody Blues fan that hasn't heard this song is a sad hardcore Moody Blues fan indeed.

Unfortunately, the album falters pretty badly in the second half. The track immediately following "Who Could Change" ("Broken Dreams, Hard Road") is shockingly clumsy sounding after the songs that had come before it, and the weak reggae of "Piece of My Heart" doesn't make me feel any better either. "Rainbow" is a rather nice, albeit schmaltzy, orchestrated ballad, while neither "Children of Rock and Roll" nor "Street Cafe" sound as powerful or interesting as John seems to think they should. They're not bad, but they're not that great, either. Plus, the CD version ends with a bonus single, "I Threw it All Away," where John inexplicably tries to do what sounds like a Bryan Ferry imitation to my ears, and the mix of saxophones and female backing singers doesn't seem tasteful at all to me. 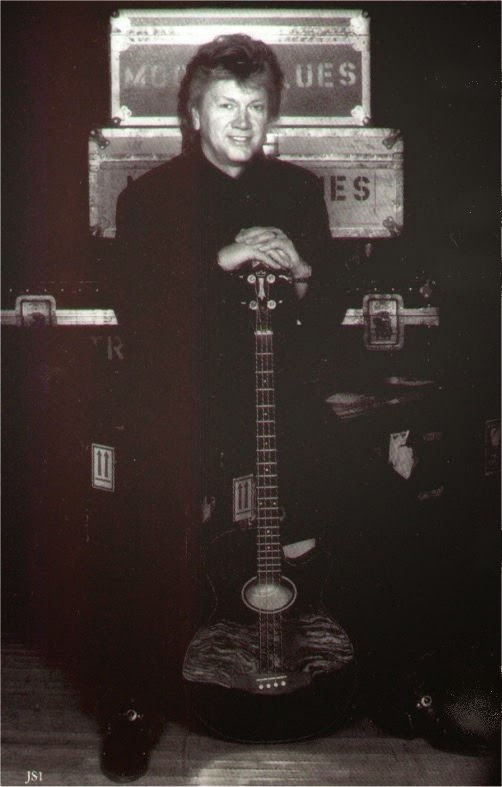 However, in the midst of the dreck of the second side, there is one more ballad that stands up to anything John wrote in his career with the Moodies. "Say You Love Me" is basically the template for all of the great ballads he did later, and I'm not sure he ever topped this one. The first half of each verse melody is only mildly interesting, but the second half of each verse, leading into each repetition of the chorus, is one of the most powerful bits of music (ignoring the lyrics, which are largely predictable given the title) mentioned on this whole page. There's just something amazing to me about that chord sequence, and the way John belts those lines with all of his charmingly limited might, that makes the song get stuck in my head all the time. Plus, there are some nice bits of guitar window dressing throughout, and a curious descending synth sound that pops up from time to time. Great song.

So overall, this is a pretty inconsistent offering, one I could probably give a smaller grade if I were feeling cynical, but it's definitely one I like on the whole. The peaks are great, and there are enough good songs for me to give this a 9 without too much consternation. [extract from John McFerrin Music Reviews]
.
This post consists of MP3's (320kps) ripped from my vinyl which I purchased from a second hand record shop in the late 70's, because of  the great album cover (Roger Dean).  The Moody Blues were one of my favourite bands at the time and Justin Hayward  was well known for his solo releases, but the name John Lodge was not familiar to me. I was therefore pleasantly surprised when I eventually realised who he was.
Also included in this post is full album artwork for LP and CD, along with the full lyric sheets from the LP.
Even though I like this album, I must admit it does sound like a watered down 'Moodies album' and kinda leaves you wanting more.  Nevertheless, if you haven't heard this album I reckon it is worth the listen, but don't expect any "Nights In White Satin" on this one.
. 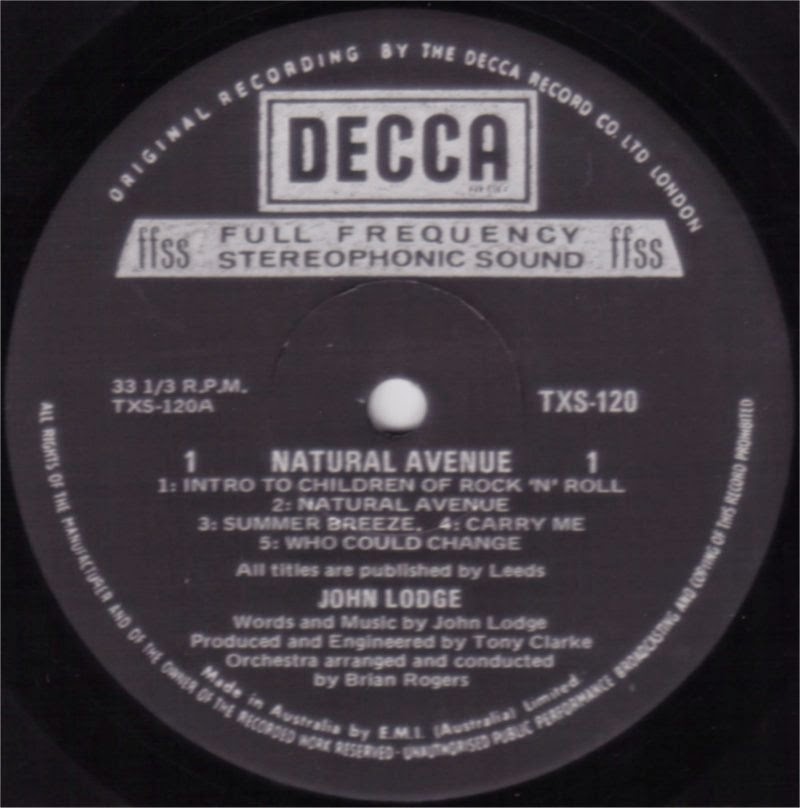 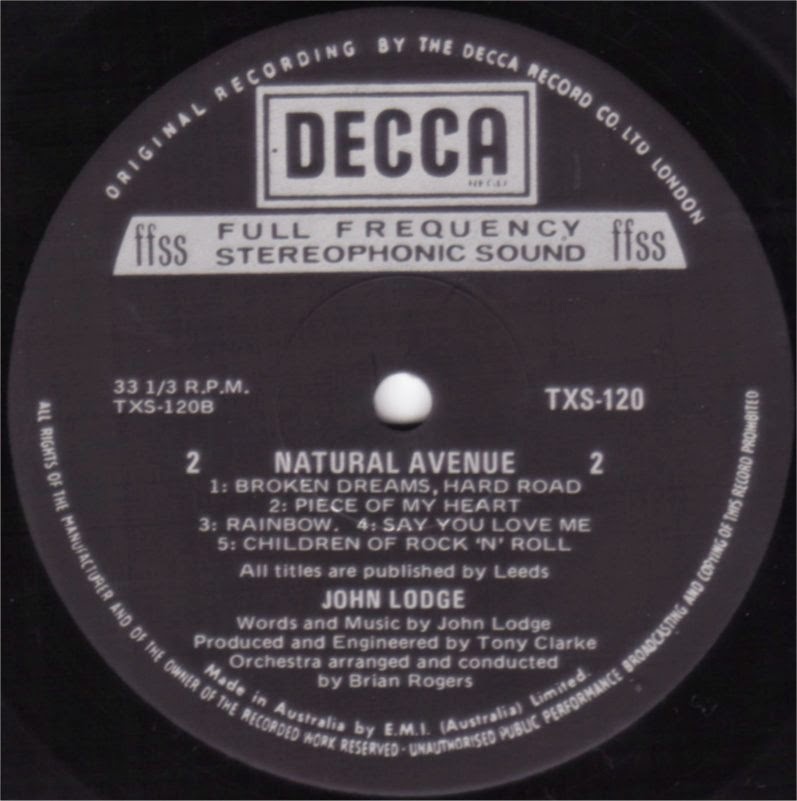