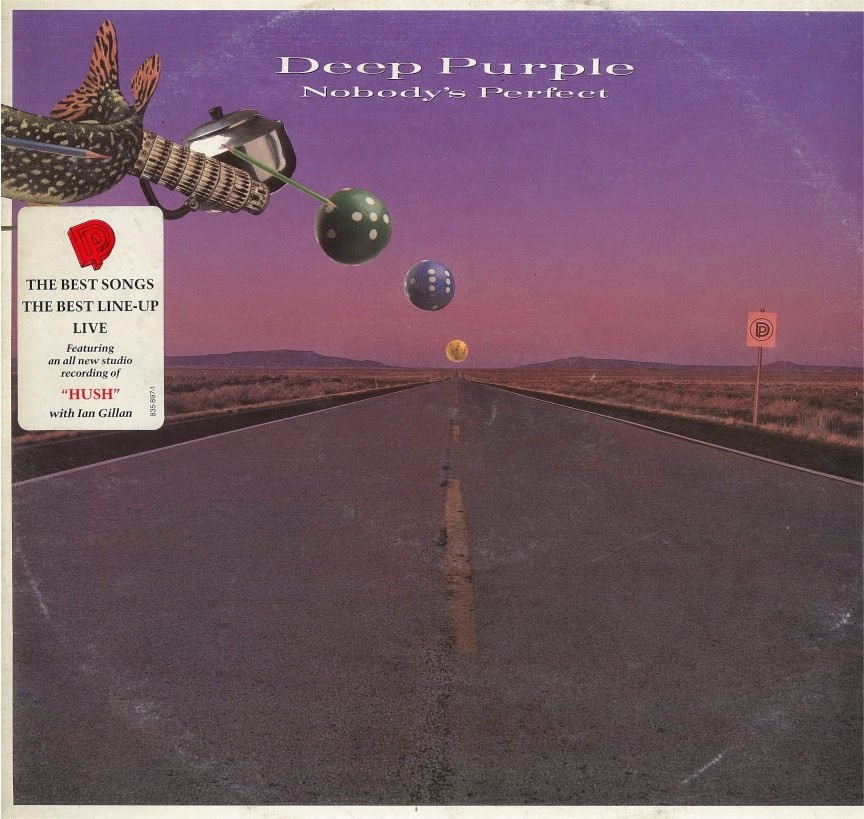 Nobody's Perfect is a live album released in 1988 by Deep Purple. It was recorded during The House of Blue Light tour in 1987 in Europe and the USA. The outer sleeve photography was designed by Aubrey Powell of Hipgnosis and the band lineup was a reunited Deep Purple Mark II
This double live set also contains a new studio (Live Jam) version of "Hush" to commemorate their 20th anniversary. (Note: "Black Night" was also re-recorded but never released).
The album represented Deep Purple's setlist at the time, which consisted much of the typical Made in Japan set, combined with newer material from the 1984 reunion album Perfect Strangers and The House of Blue Light. Songs such as "The Unwritten Law" and "Difficult To Cure" (which included an extended-riff from Beethoven's Ninth Symphony, 4th Movement) were played every night on the tour, but were not included on this album.
"Hard Lovin' Woman" includes parts of "Under The Gun" during Blackmore's guitar solo. "Strange Kind of Woman" includes the "Superstar" chorus from Jesus Christ Superstar. "Woman from Tokyo" changes into "Everyday" (Buddy Holly) halfway through. [extract from Wikipedia]. 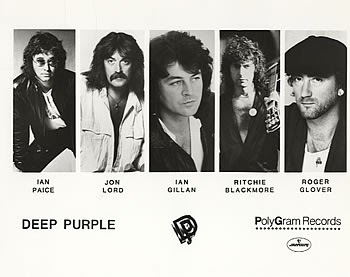 Review 1
Recorded during the tour to promote "Perfect Strangers" and the then forthcoming "House of blue light", this is a fine live album by Deep Purple. With the classic line up having reformed for those albums, all the energy and virtuosity, not to mention personality clashes, returned.

The track list borrows heavily from the legendary "Made in Japan", with no less than 6 tracks being duplicated. These include "Highway star", "Smoke on the water", and "Child in time" of course, as well as truncated versions of "The mule" and "Space truckin'". "Strange kind of woman" makes up the six, but the version here is adapted to include a call and response duet between Gillan and Blackmore, which leads to a burst of "Superstar" from Rice/Lloyd-Webber's "Jesus Christ Superstar". For those in doubt as to the reason for this, Ian Gillan sang the part of Jesus on the original Rock Opera release of "Jesus Christ Superstar". The performances of the other five tracks are faithful, perhaps with hints that this line up has played them so often that they do not now require any real effort, "Lazy" being a little too close to the truth. For some reason, Blackmore's guitar solo on "Child in time" lacks the impact of the original, sounding rather ordinary here. 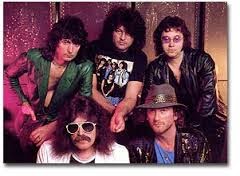 The new songs are introduced by a spirited rendition of the title track from "Perfect strangers". This wonderful Zeppelinesque song which transfers well to a live environment, concludes with a blink and you'll miss it coda of "Gethsemene" from the aforementioned "Jesus Christ Superstar".
We then dip into the disappointing "House of blue light" for two songs (three if you have the extended CD) of which "Bad attitude" is the most appealing. "Perfect strangers" then contributes another number which made the album such a pleasing return to form, with "Knocking at your back door". The extended intro to the song here, which includes some classical and ragtime piano, only serves to embellish the tension of the studio version.
It's good to hear "Woman from Tokyo", the only really memorable track from "Who do we think we are" getting an airing, although it does end with a rather strange Buddy Holly interlude for no apparent reason. The album concludes with a "live jam" in the studio of Joe South's Hush, a cover of which appeared on Deep Purple's first album. The rendition of the verses here sounds surprisingly like Aerosmith's "Walk This Way" until the familiar "Na na na" chorus cuts in.
In all, a fine live album by the legendary line up of Deep Purple. It may have its shortcomings in terms of both the tracks performed and sometimes in the performances themselves, but hey, "nobody's perfect". [review by Bob McBeath from Progarchives.com] 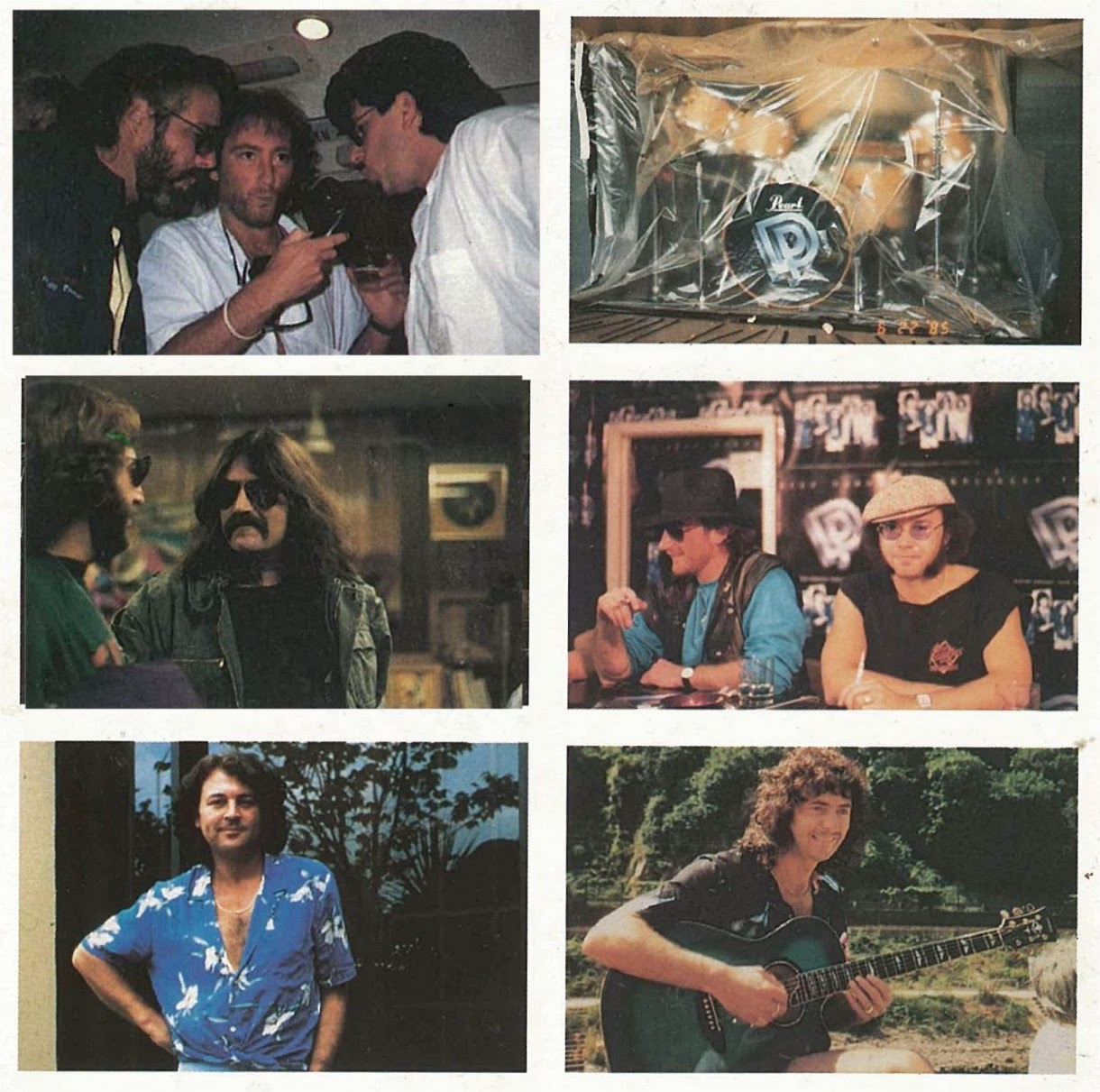 .
Review 2
This compilation of live performances by Deep Purple was released in different versions and labels. In the UK and Australia, it was released under Polydor in 2 LP formats while in the US under Mercury with the same format. The CD versions also two kinds: double CD as well as single CD (with some track omissions) both released by Polydor. Mine is the single CD version and I am satisfied with the CD, including the sound quality which is much better than "Made In Japan". It's probably the technology used is significantly different. The band's performances recorded here vary with four tracks (Highway Star, Strange Kind of Woman, Perfect Strangers, and Woman From Tokyo) were taken from the same concert in Irvine Meadows, California on 23 May 1987. Four other tracks (Hard Lovin' Woman, Child In Time, Black Night, and Smoke On The Water) were taken from concert in Oslo, Norway on 22 August 1987. Two tracks (Knocking At Your Back Door and Lazy) from concert in Phoenix, Arizona on 30 May 1987. The remaining track (Hush) was taken from live jam recorded at Hook End Manor on 26 February 1988.

.
As far as live album, this is a very good one to enjoy as the members of the band demonstrate their full effort for the performances. Ian Gillan still can sing high register notes on "Highway Star" as well as "Child In Time". The famous "Strange Kind of Woman" which was best recorded during "Made In Japan" live record with its great break featuring great shout of Gillan responded wonderfully by Ritchie' guitar solo.But with this version Gillan performed differently even though it still have similar style. There is a good insert of "Jesus Christ Superstar" during the performance of this track. Jon Lord provides great classical music keyboard / piano solo during the opening of "Knocking At Your Back Door" (11:26). "Lazy" is also not performed as "Made In Japan" style but it's still an interesting live track.
Overall, this is a very good compilation of Deep Purple live performances in 1987. Fans of hard rock music who enjoy live record must have this CD [review by Gatot Widayanto from Progarchives.com]
.

.
This post consists of FLACs and MP3 (320kps) ripped from my Polydor double vinyl set - acquired from one of the hundreds of garage sales I've picked on countless Saturday mornings. The condition of the vinyl is pretty damn good, but it was a hard one to record with its fluctuating volume throughout many of the tracks. Full album artwork for both vinyl and CD releases is included.  I liken this double live set to their earlier  'Made In Japan' and it almost matches this classic live release by the Mark II reunion group. Gillan's vocals are still as strong as his 1972 efforts and Blackmore still reproduces some of his guitar magic on this one.
As the album says Nobody's Perfect but this double set comes pretty damn close.
. 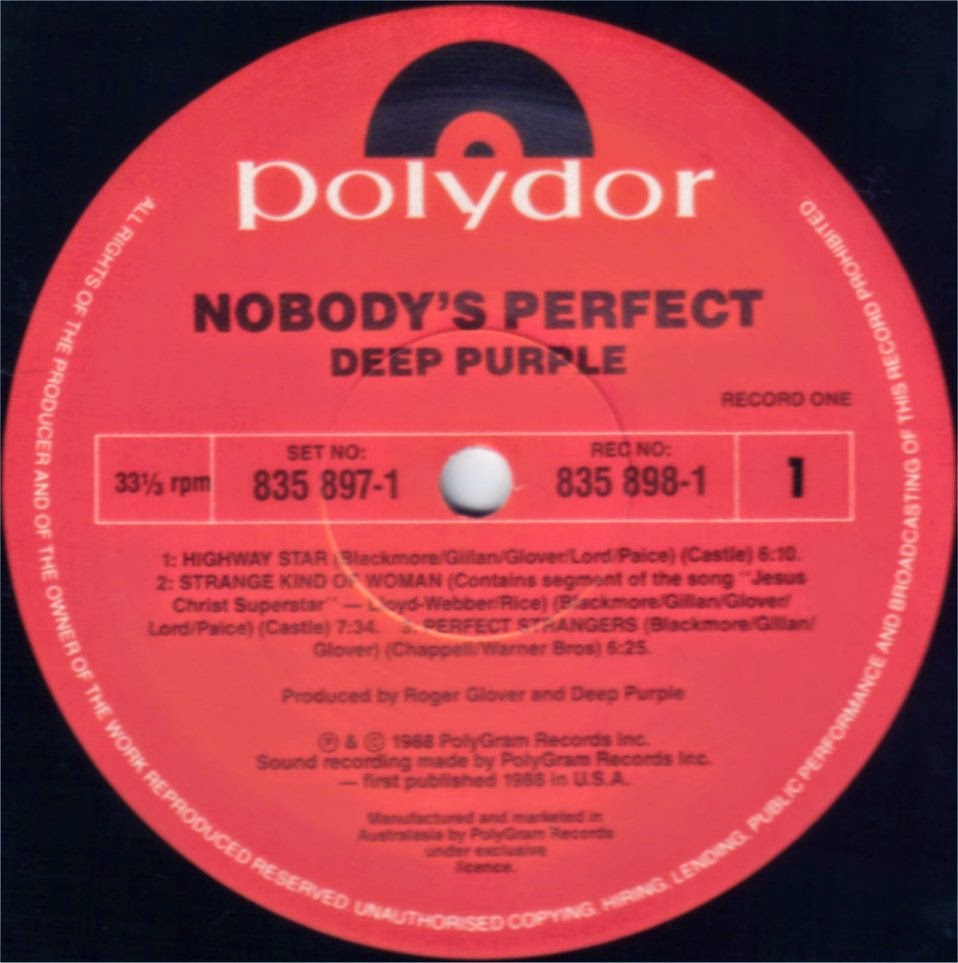 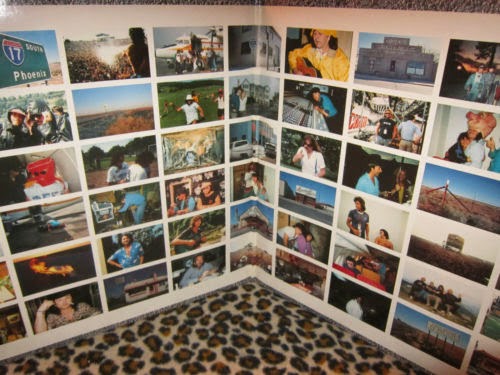