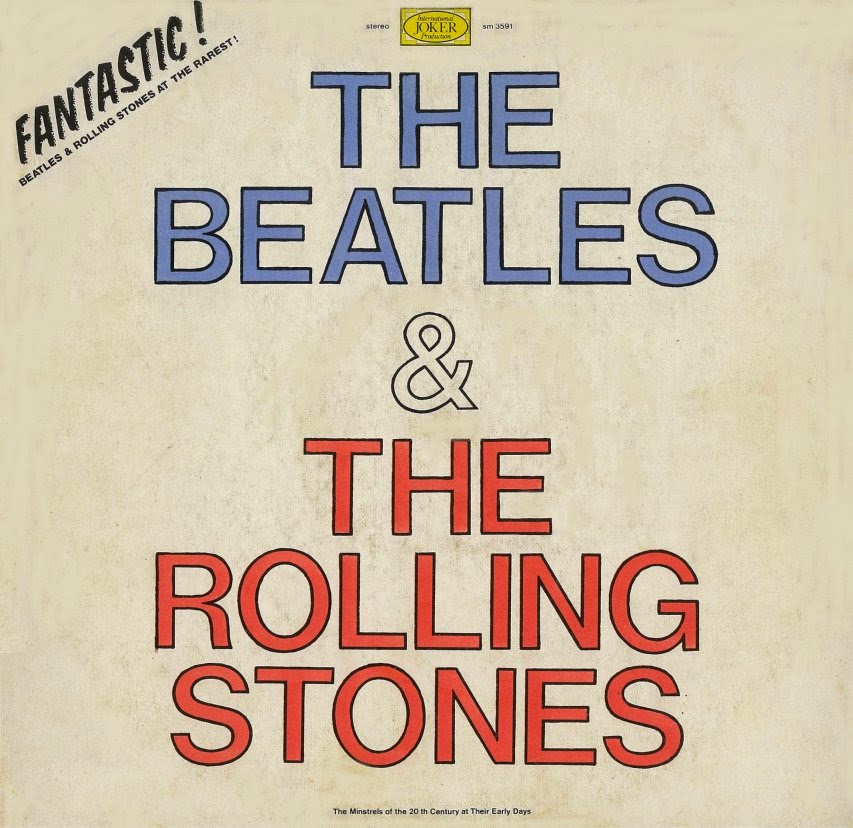 This LP is a Bootleg on the Italian Joker label (1973) with 7 tracks by 'The Beatles' and 6 tracks by 'The Rolling Stones'. The recordings are primarily derived from BBC appearances by both bands with a few live songs by the Beatles at the Hollywood Bowl show in 1964.
.
The Beatles / Stones Connection
By early September 1963, when Lennon & McCartney wrote - or more precisely finished - 'I Wanna Be Your Man' for the Stones, The Beatles were a huge source of national pride. Though they were yet to make that sensational and unprecedented inroad for a post-Elvis pop act into America, the fact that they had created an indigenous form of rock (a genuinely novel-seeming amalgam of rock 'n' roll, R&B, Brill Building pop and Everly Brothers/girl group harmonies) was already remarkable in itself. What was even more startling is that all of their three singles 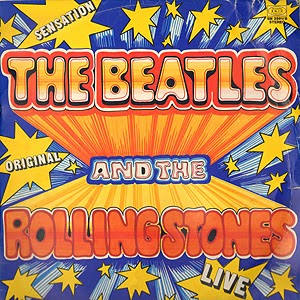 ('From Me To You' made its chart debut that very month) and half of their album (there was another due in November) were composed by band members. This wasn't actually that unusual for rock acts - Buddy Holly and Chuck Berry had written their own gear - but it was certainly novel for a band from the UK, a nation whose inferiority complex about their relationship to big, rich, glamorous America was deeply ingrained. The idea of a Briton presuming to write a song in an American form of music was thought to be slightly ridiculous. Hence, British artists had thus far sung the product of Americans or of freelance songsmiths. John Lennon and Paul McCartney, however, had recently proved that home-grown product could have as much artistic and - of sole interest to the music industry - commercial impact as the previous option of asking a Tin Pan Alley hack for material, or picking a hit from the American charts and hoping it made it to the shops before someone else got the same idea. 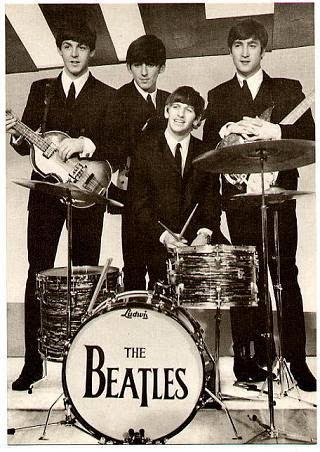 Oldham (The Stones Manager) bumped into Lennon and McCartney when the pair were on their way back from a Variety Club lunch at the Savoy hotel. When he told them that the Stones were having trouble finding material for their second single (Leiber & Stoller's 'Poison Ivy' b/w 'Fortune Teller' were mooted as their second release, good songs but lightweight pop), the pair mentioned they had something that might be suitable for their gritty style. "They were real hustlers then," Jagger later observed. Indeed, some insiders recall McCartney having his eye on the idea of become a Tin Pan Alley freelance songsmith himself when - as seemed inevitable to everybody at the time - his own and his colleagues' stardom began to wane.
When the party got to Studio 51 club in Soho, where the Stones were rehearsing. The Beatles pair explained that the song had a first verse and a chorus. They went into another room to finish it off. To the Stones' amazement, they returned about a quarter of an hour later, job done.
The Stones were hardly of the opinion that the song was a masterpiece (nor The Beatles - it was given to Ringo to sing on their second album) but that a middle eight and second verse could be completed so quickly was a revelation to them. It would be wrong to extrapolate from the light bulbs clicking on over their shaggy 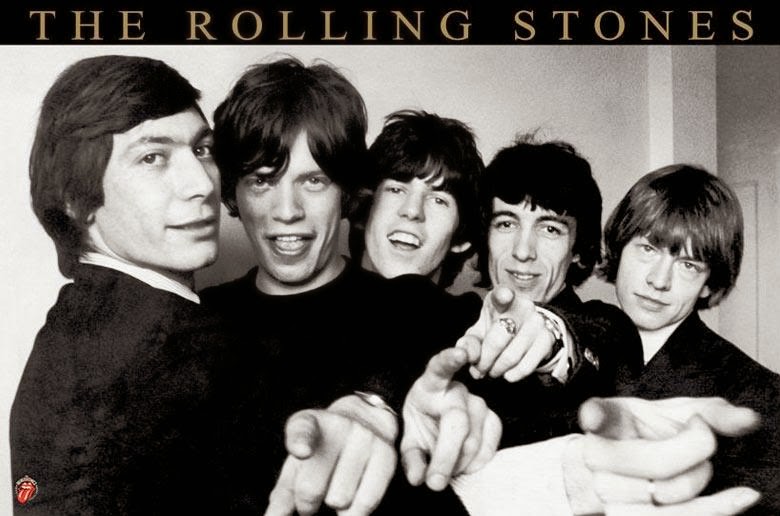 heads that they thought they could do it too, but it was certainly one of the things that would shortly lead to the band beginning to make their own transition to self-contained recording artists. Though Brian Jones' girlfriend of the time subsequently recalled the guitarist staying up, pre-fame, to the small hours to try to write songs, it was "Jagger/Richard(s)" that would be the credit to be found in parentheses beneath the song titles on the labels of Rolling Stones records when the composition did not originate elsewhere. Eventually that credit would be the sole one to be discerned, as the group became increasingly self-reliant.' Because of both the quality and the Zeitgeist-capturing nature of the joint compositions of Jagger & Richards, it was a short step from there to becoming legends. [extract from 'The Rough Guide to The Rolling Stones', by Dean Egan. Published by Rough Guides, 2006. p25]
. 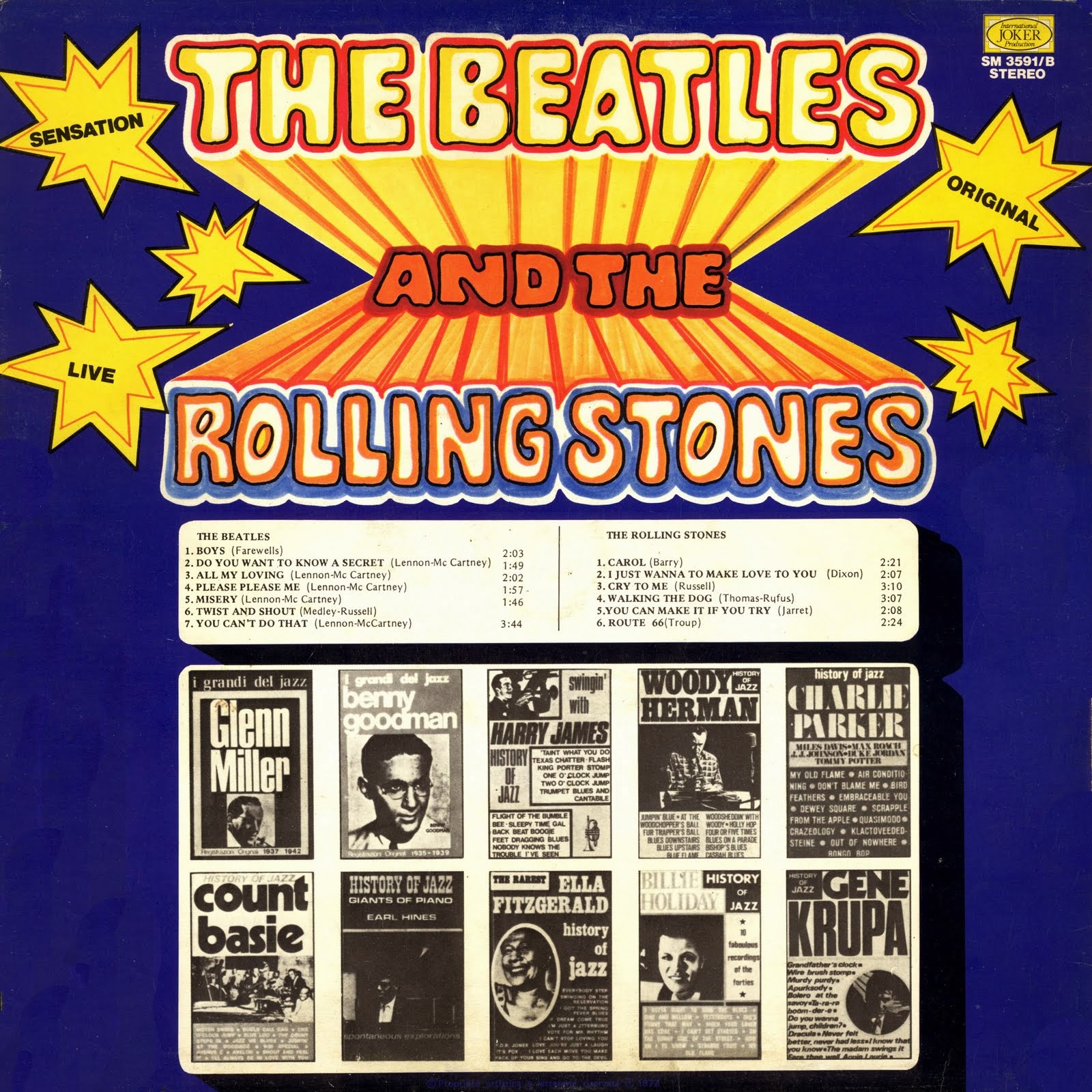 This post consists of FLACs ripped from my vinyl Italian bootleg, which I recently picked up at my local flee market (found in amongst a pile of Italian albums) and purchased for a 'song'. My copy has a white album cover, but further research on the web has  revealed an alternative cover which is somewhat more appealing to the eye (see above right, and directly left). Full album artwork is included for both releases along with label scans (JOKER).
The recordings are pretty average and I have added some bass enhancement to the files to improve the listening experience. 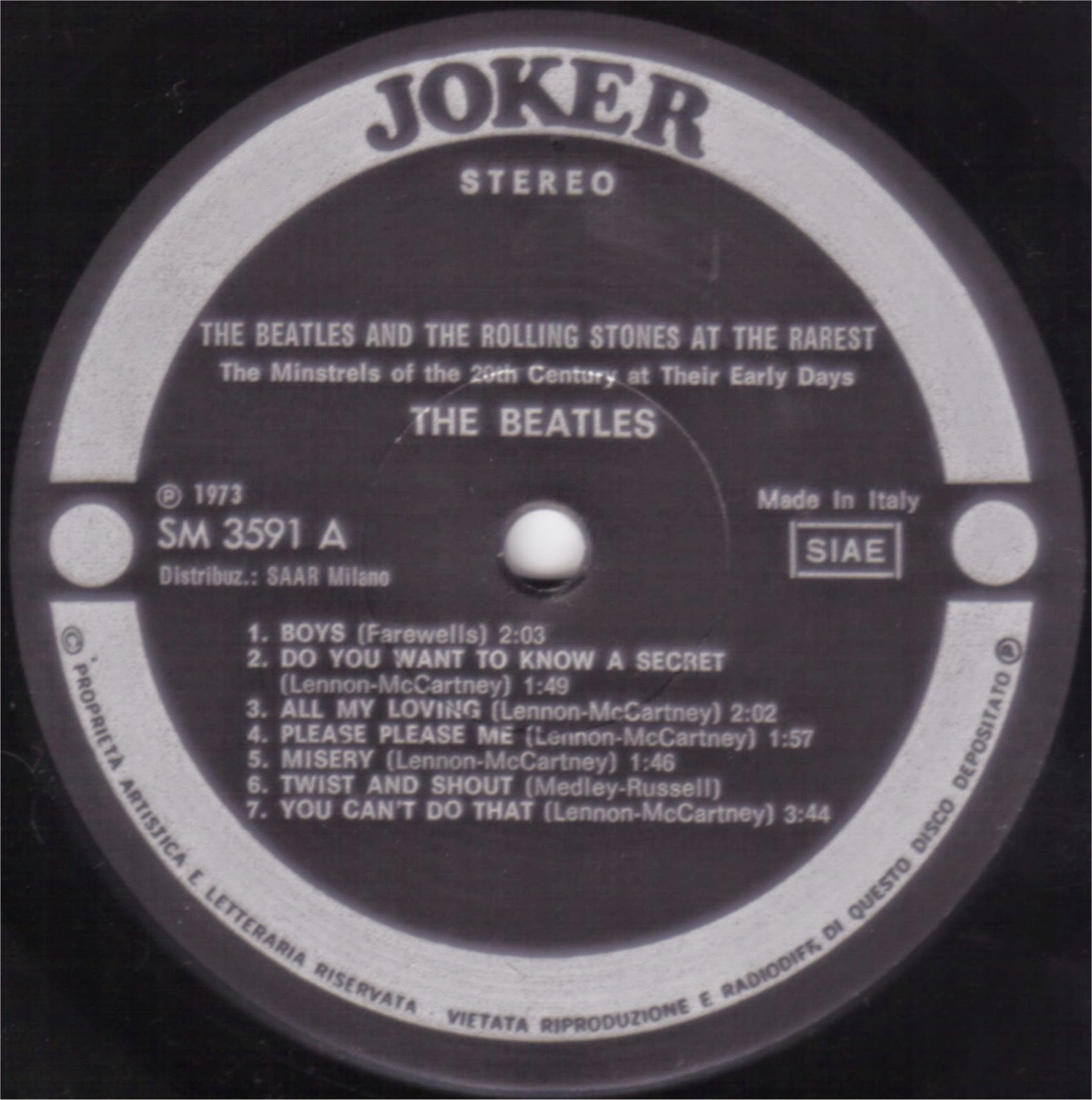