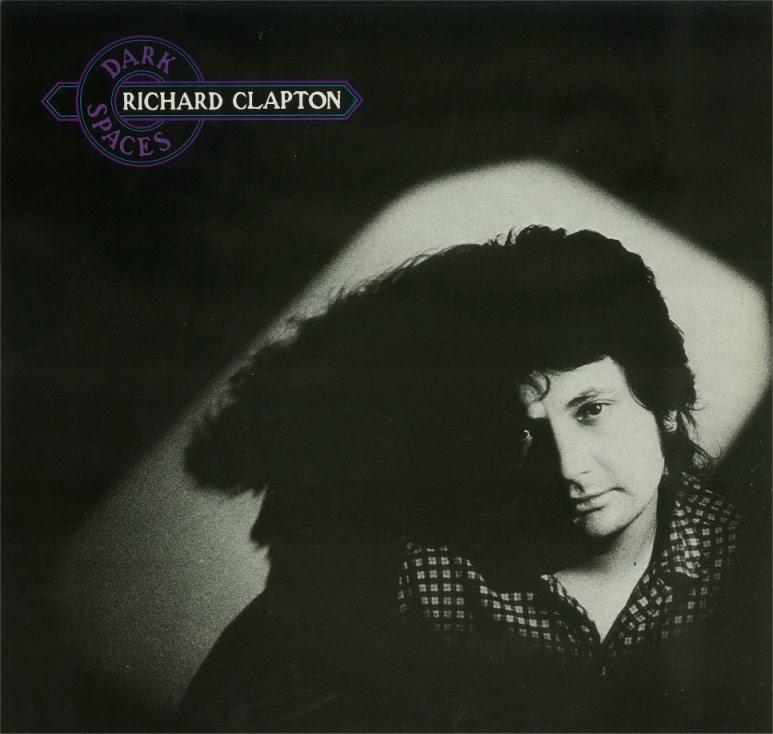 Richard Clapton took his name from his two greatest inspirations — Keith Richard and Eric Clapton. In the early '70s he spent time playing avant-garde rock in Berlin but returned to Sydney. In 1970 he was broke and became a singer/songwriter with an acoustic guitar.  It was a time for songwriters with a local eye to make good. Richard Clapton had been playing Van Morrison songs in Sydney folk clubs, despite the critical plaudits for his debut album Prussian Blue.
Festival Records then put the hard word on the poet to write a hit single. "They were going to drop me if I didn't come up with a hit single," says Clapton."Because I was so artsy fartsy and precious my response was, "F*ck you!" Eventually, when I came skulking back I was given these Carole King and James Taylor albums and I took 'em home still sulking. I remember Festival at the time thought "Girls On The Avenue" was absolute rubbish. Their comment was, "We asked you to write a hit single. Where's the chorus? This is a pile of rubbish. It's just a myriad of ideas you've stuck together like a Frankenstein monster.'" 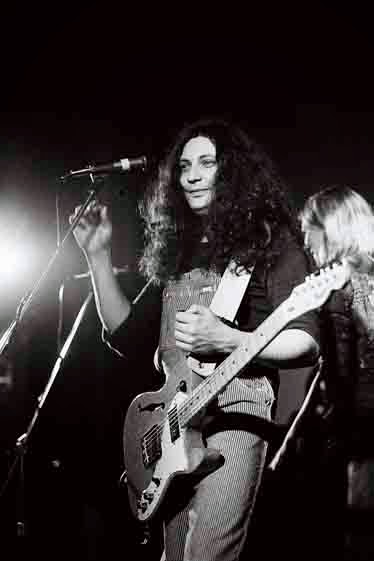 His single "Girls On The Avenue" was a major chart hit in 1975 and Clapton became the bard of the decade. The single reached #2 on the national chart. Its success powered the release of his second album which bore the song's name. Clapton almost overnight became Australia's premier singer-songwriter. The album Goodbye Tiger (1977) was one of the landmark records of the time and articulated the state of the nation. Clapton went to California to record 'Hearts On The Nightline' and turned political with the 'Dark Spaces' album. [extract from The Real Thing: 1957-Now, by Toby Creswell & Martin Fabinyi, Random House, 1999. p78-79]
.
Full Bio
Richard Clapton is one of Australia’s foremost singer/songwriters. Clapton paved the way for three generations of songwriters to write about the experience of being Australian.
When he began his recording career in 1974, Australia was still in vice-like grip of the cultural cringe. He plunged into the deep water and in his wake followed the Skyhooks and Paul Kelly, Cold Chisel, INXS, Midnight Oil and hundreds of others. Clapton’s songs are still omnipresent on the radio. His records chart the political landscape of the nation and the turbulent lives of two generations.
Clapton grew up in Sydney in the 1960s. He hopped a plane for London and then later to Germany where he wrote a first album, Prussian Blue (1973). It was the first major “singer-songwriter” album in Australia.

In 1975, Clapton had the critics on side, but Festival Records insisted on a hit single. However, it was the song they picked as a b-side called “Girls On the Avenue” that reached #1 on the national charts and put Clapton at the top of his class. Like Americans Jackson Browne and Bruce Springsteen, Richard Clapton developed a sound based on melodic rock while his lyrics were poetic musings on his state of mind or the state of the nation.


By 1975, Clapton had set the themes he was to explore for the coming three decades. There were frequent escapes to his spiritual second home in Berlin to recharge and get a fresh perspective on Australia; there was Clapton’s love/hate relationship with the pop music culture; his often-tormented sense of growing up and his eye for the political landscape and how it affected Australians. Clapton mastered that most difficult of show business acts – the high wire that requires the balance of radio-friendly tunes and candid, from-the-heart lyrics.

These two came together on the 'Goodbye Tiger album'; at that time Clapton’s most successful to date. The record was a new highpoint and there was significant international interest in Richard as a recording artist. A period living overseas in Los Angeles brought forth the sophisticated 'Hearts on the Nightline'. Then back in Australia in 1980 he released the searing 'Dark Spaces', an indictment on the meanness and mendacity that would blow through the 1980s. Ten years after his first release, Richard Clapton was a tribal elder to whom younger artists like Jimmy Barnes, INXS and Cold Chisel turned as a mentor. INXS asked Clapton to produce their second album, Underneath the Colours, and they became firm friends. They, and Cold Chisel, returned the favour on Clapton’s The Great Escape album. INXS drummer Jon Farriss produced The Glory Road album, and few records capture the roller coaster ride of the late 1980s as well as Glory Road. These albums brought Clapton’s melodic gifts and his love of electric rock & roll into lockstep. There were always the words though. No one better documented the 1980s than Richard. Richard frequently went to the edge — emotionally, politically, financially — and sent back his incisive postcards. 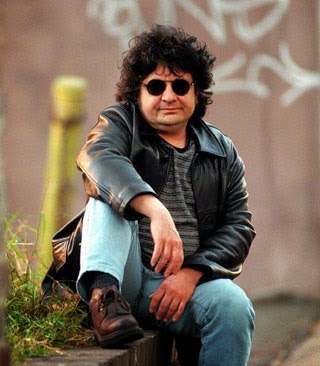 In the 1990s Richard continued to write and record and tour .His 1990s songs reflect a hard-won maturity. Indeed, Richard counts 2003’s Diamond Mine as amongst his best albums – and the critics unanimously agreed. In 2005 he set about making the first acoustic album of his career. Clapton stripped back some of his favourite songs – re-imagining them in a different environment. The result is his 17th album – Rewired. This project was never intended to be a greatest hits record – and indeed many of his greatest hits aren’t here. It’s an experiment in hearing Richard Clapton in a new way. Richard Clapton is now in his 40th year, since his first album, “Prussian Blue” in 1974 but shows no signs of slowing down. He has released over 20 albums which have cumulatively sold over one million copies. He is the only rock artist to have received an Australia Council arts grant from the government which enabled him to travel around the world and write the songs for “Goodbye Tiger”. In 1999 he was inducted into the ARIA Hall of Fame. 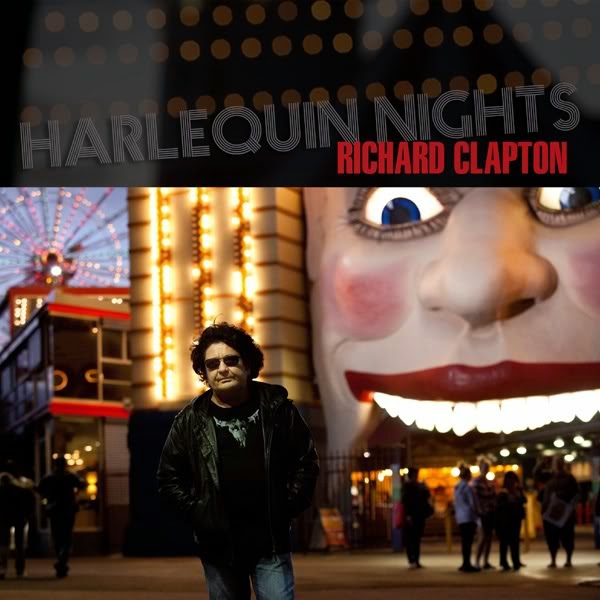 His latest release “Harlequin Nights” is his first album in 6 years and has been written and recorded over 4 years. After almost 40 years of honing his craft, this is arguably Clapton’s finest album and shows that Richard is now at the peak of his powers. The album features eleven brand new tracks. Some of the songs are simply “classic Clapton”, but there is also an ample serving of less predictable and innovative material – the combination that has made his albums famous.
“Harlequin Nights is in some ways a bookend to Goodbye Tiger,” he said. "Goodbye Tiger was a collection of songs written by a young man in his twenties in 1977 about the experiences of the world we lived in back in those days. This new album is a collection of songs written by the same songwriter some 35 years later about the world we live in today. There is a noticeable seismic shift between the two albums but this simply documents how much our lives have changed in all this time.” During the album’s long gestation, Clapton has endured a marriage breakdown, taking him on a personal journey which influenced his continuing musical evolution, culminating with a new relationship with his home studio and a songwriting partnership with guitarist Danny Spencer.

“Richard Clapton has never been rich. He has never had the pleasure of passing through life in a luxurious rock star bubble. In a career that now spans almost 40 years he has battled everything from bad managers and capricious record companies to debt, taxes, personal tragedy and a thousand room service dinners. The fact that he's come through it all with his sanity intact - and his abilities at the peak of his powers - surprises all who know and love him. [extract from theharbouragency.com]
.
This post consists of  FLACs ripped from my virgin vinyl (taped and rarely played) and includes full album artwork for both LP and CD. Please note that the CD release for this album is long deleted and currently unavailable. This is a long time favourite album of mine and I just love the title track, so I'm glad I can share this with you as my first post for 2015. I hope you can stick around for some more great Australian albums and the occasional bootleg.

Note: Richard Clapton dedicated this album to his long time friend Andy Durant who sadly passed away from cancer, shortly after the release of this album.
.
Track Listing 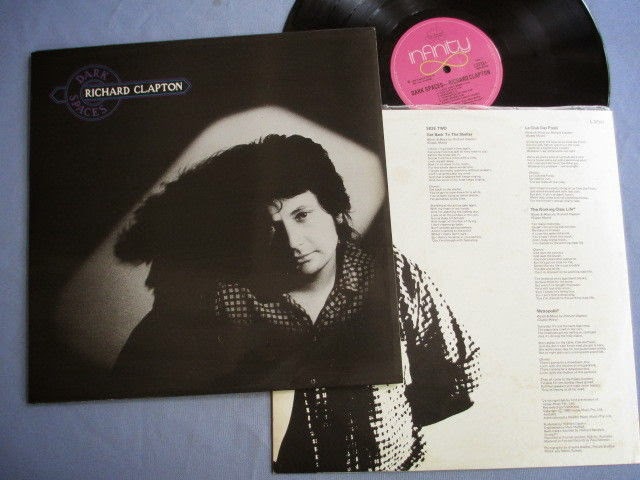