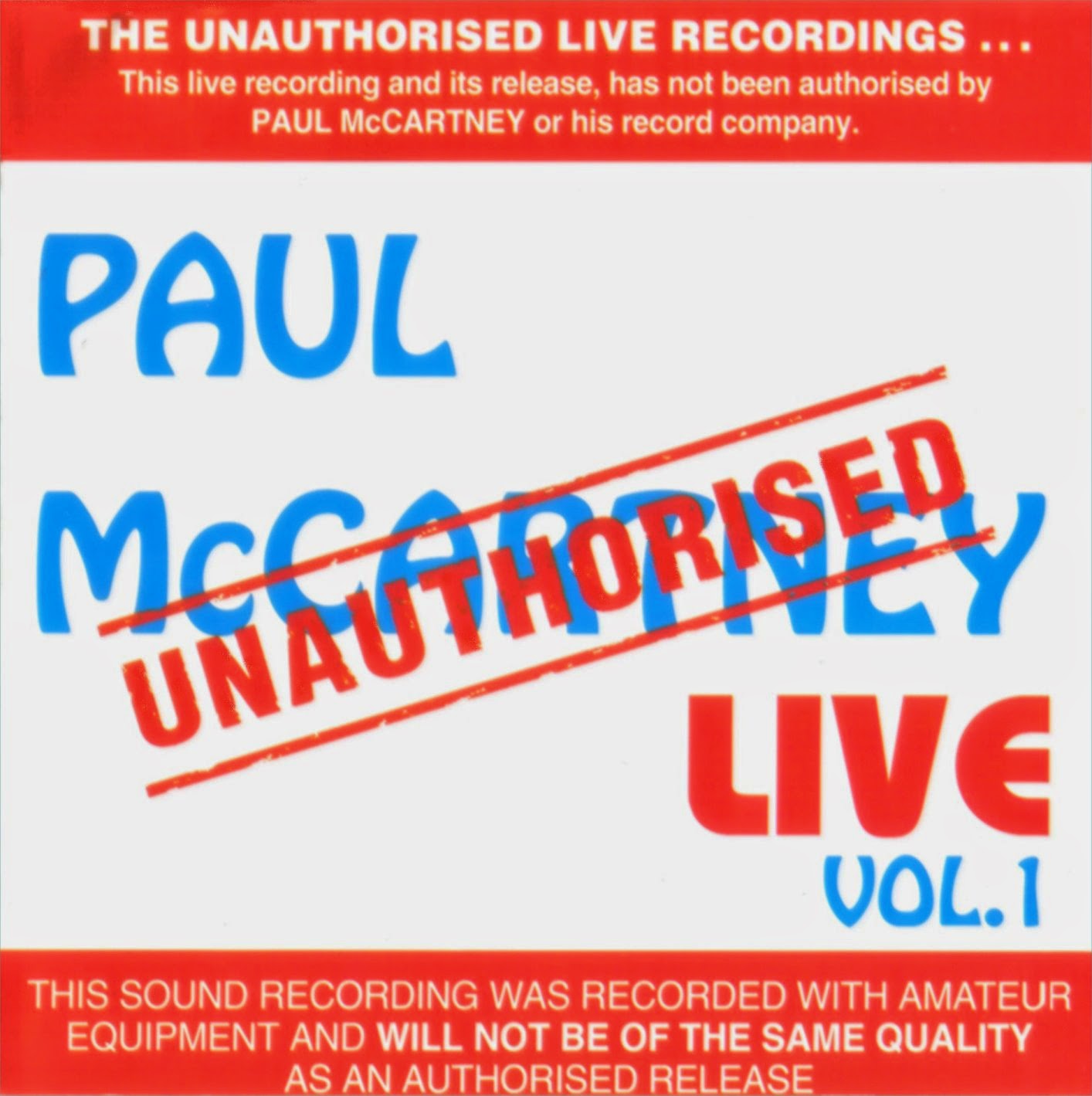 Beatles legend and Wing's main man Paul McCartney will remain indelibly etched into the annals of time. The humanitarian, bassist and vocalist has traversed six decades, performing in some of the world's biggest and best venues, at historic moments (Band Aid), McCartney is a one-of-a-kind performer, fully deserving his place in the Rock and Roll Hall of Fame. The 72-year-old Liverpudlian is entirely at ease on stage – he's essentially lived there for the best portion of his life – his catalogue is studded with megaton hits. Bond theme “Live And Let Die” (replete with flamethrowers when performed at festivals), Stevie Wonder duet “Ebony and Ivory”, “Coming Up” and “Jet” are non-Beatles bangers, but he frequently performs legendary cuts like “Let It Be”, “Back In The USSR” and “Hey Jude” at the end of his sets.

How thoroughly immense is it watching a genuine Beatle lead a rousing chorus of “Naa naa naa nanananaaaaa?" Though arguably not as elastic as he once was – don't expect too many backflips – he's still a consummate entertainer. His voice has aged, but he still smashes every note, and his fretwork's not diminished a smidgen. It's rare you get to see a legend in the flesh, but grab any chance to witness McCartney, and you'll not regret it.

Based on the track listing of this bootleg, I am fairly certain that this recording came from "The Paul McCartney World Tour" which started 26 September 1989 and finished on 29 July 1990. In total, McCartney played 104 shows. In fact, I'm almost certain this bootleg recording comes from the Alsterdorfer Sporthalle, in Hamburg, West-Germany on Oct 3 1989. The vinyl bootleg for this concert was called "Friends Of The Earth" and I have featured the cover below.

While the tour coincided with the release of his 'Flowers in the Dirt' album, it was thematically more about him finally embracing his Beatles past, including for the first time, in any of his tours, a substantial number of Beatles songs in the set list.
The Paul McCartney World Tour was his first major tour outing in ten years, since Wings UK Tour 1979, and his first appearances in North America in thirteen years, since the 1976 Wings Over America Tour. It was also his first tour under his solo name.

The year was 1989 and Paul McCartney hadn't been on the road since the 1975/1976 'Wings Over the World' tour.
Paul McCartney began planning a new album and a world tour – something he had not done since the Wings days over a decade earlier. Step one would be to get together a band that he could work well with and take on tour. He recruited Hamish Stuart, formerly with the Average White Band and guitarist Robbie McIntosh, who he knew from The Pretenders. Paul ‘Wix’ Wickens from the early eighties band Woodhead Monroe was hired on to assist Paul’s wife Linda with keyboards and session drummer Chris Whitten completed the line up.
.

.
Naturally, Paul wanted a really solid album to tour and given the somewhat disappointing chart performance of his previous album, Press To Play, felt it was important to top that one with his next release. To this end, Paul spent the better part of 18 months prior, in and out of the studio perfecting what was to become 'Flowers In The Dirt'. Along with his new band, Paul invited a couple other musician friends to make guest appearances. Pink Floyd’s David Gilmour plays on the track “We Got Married.” Elvis Costello, with whom he had been collaborating, co-wrote four of the songs on the album with Paul, including the lead single “My Brave Face.” He also plays keyboards on the record and duets the lead vocal with Paul on their collaboration “You Want Her Too.”

'Flowers In The Dirt' was finally released on June 5, 1989 in the UK and the following day in the US. It was not long before it was the #1 album on the Record Retailer charts in Britain. On the Billboard charts in America it peaked at number 21, a marked improvement over Press To Play which had peaked at #30 in 1986. Aside from the lead-off hit single “My Brave Face,” there were several other single releases from the album to include “This One,” “Figure Of Eight,” “Où Est Le Soleil?,” and “Put It There.” [extract from thebeatlesrarity.com]
. 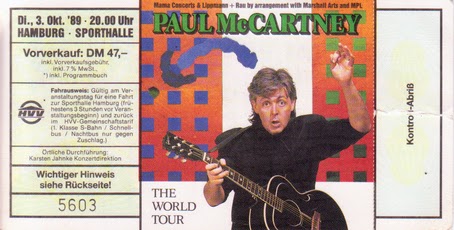 This post consists of an MP3 (320kps) rip taken from my Australian JOKER Bootleg CD, released in 1993. Like all of these JOKER releases, the music is good quality but the covers are crap. Therefore, I have also included the alternative artwork for the vinyl equivalent called "Friends Of The Earth".  For another bootleg recording from the McCartney World Tour, see a this previous post on my blog.
.
Track Listing 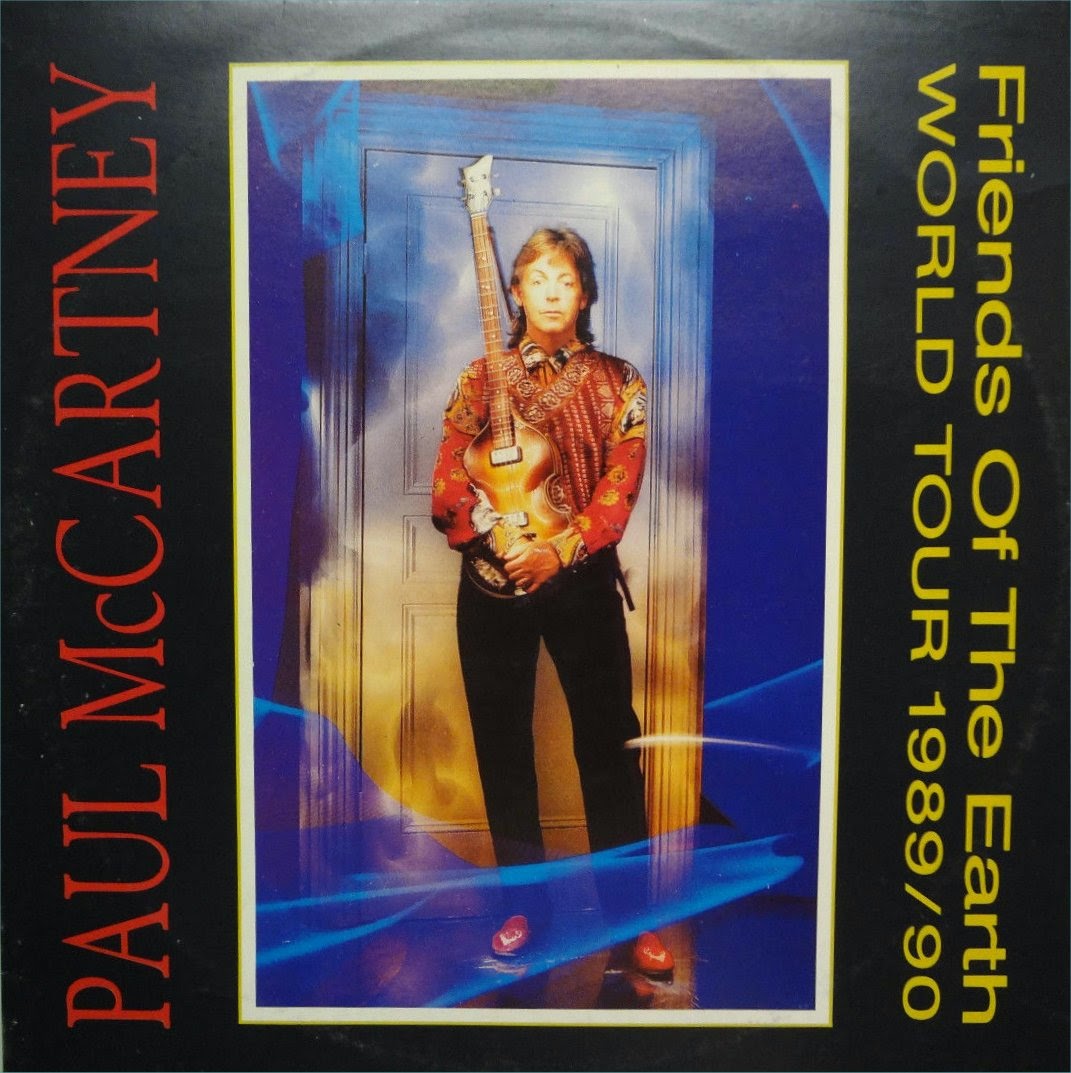