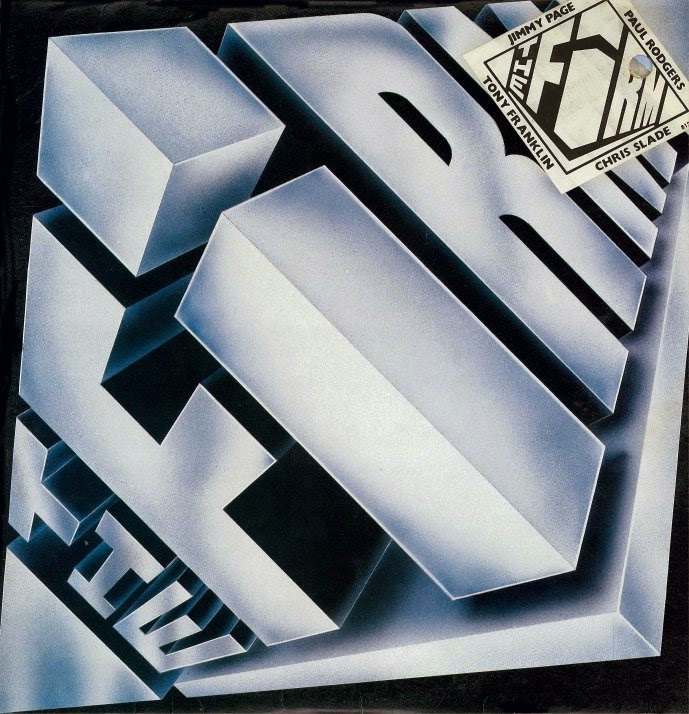 The Firm were a rock group comprising ex-Led Zeppelin guitarist Jimmy Page, former Bad Company singer Paul Rogers, ex-Uriah Heep drummer Chris Slade, and Roy Harper bass player Tony Franklin. Formed in 1984, the band - although having a distinguished pedigree (and thus qualifying as a supergroup) - had only mediocre album sales, although they did have sellout tours. Page originally wanted former Yes drummer Bill Bruford and fretless bass virtuoso Pino Pallidino in the group however Bruford was contracted to another label and Palladino had tour commitments with singer Paul Young.

Both Page and Rodgers refused to play any material from their former bands and instead opted for a selection of songs from both their solo albums and new songs which were heavily infused with a soulful and more commercially accessible sound, courtesy of Franklin's fretless bass guitar underpinning and understated song structure. In subsequent press interviews, Page had indicated that The band was never meant to last more than two albums. After the band split, Page and Rogers returned to solo work while Chris Slade joined AC/DC and Franklin teamed up with guitarist John Sykes in Blue Murder [extract from Jimmy Page online]
. 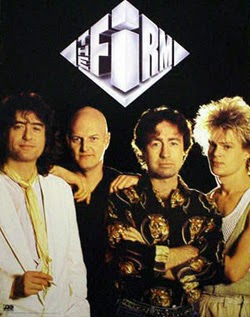 Album Review
This is one of those albums everyone had in their vinyl collection ... and probably don't want to part with it but neither listen to it much either. Even when Paul Rodgers joined Queen ... the album probably got pulled out, looked at nostalgically and maybe Side A listened to ... and well, that says it all about this wanna-be powerhouse.
This is one of the legendary supergroups of the 80's, up there with Asia and GTR, staying together long enough to release 2 albums, but the idea is stronger than the outcome as became particularly obvious to the follow-up to this debut Mean Business. It's got all the pieces there for something great - all the recognizable musical bits that forged their own legacies decades earlier - but something just never clicked for The Firm. The foundation just wasn't ... firm enough. Paul Rodgers of Bad Company and Free on vocals is in fine form as always, albeit, as demonstrated in his work with Queen, it's the limited range of a blues belter who doesn't always let loose enough that is his weakest trait.

Led Zeppelin guitar god Jimmy Page creates his trademarked layered riffs and arrangements that at moments are reminiscent of later Zeppelin, albeit few of the songs ever really seem to rock out or even dig deep into his blues roots that laced so much of the Zep repertoire. Putting this together with his later reunion with Robert Plant one begins to realize how much John Paul Jones affected Plant's arrangements giving them a spice he seems to often miss and pushing Zeppelin to the forefront of music.
Steady beats are laid down by famous bald-headed drummer Chris Slade of Manfred Mann and Uriah Heep and later AC/DC. The relatively unknown Tony Franklin from Roy Harper is on bass, his largest credit being the introduction of the fretless bass into metal, playing a thick and funky bass that gives the album a definite 80's feel. The Firm largely plays it safe, almost too safe at moments. It's an enjoyable listen and Page is always a pleasure, but his joining with David Coverdale a decade later would be far more exciting.
Perhaps one of the problem is that this smells of its obvious commercial appeal, something Led Zeppelin never did, proof being that in Britain they refused to allow the release of singles, while Bad Company and Uriah Heep both existed in the shadows of progressive rock that believed in the art of music over pretty much everything else. 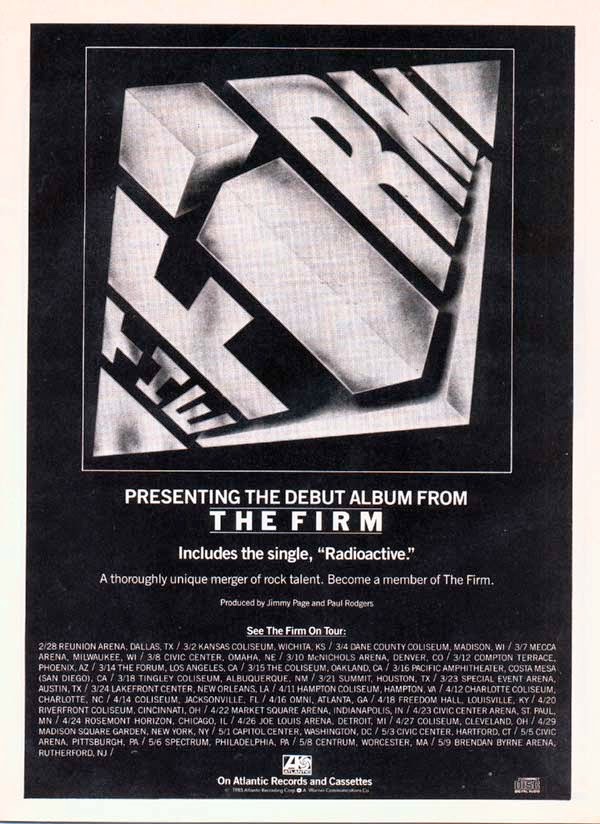 Nevertheless, it should be said The Firm is better than I'm probably describing it and there's a reason somewhere why it appears in everyone's collection, unlike the few people that probably claim a GTR album featuring Steve Howe of Yes and Steve Hackett of Genesis. It's just that these musicians are put up to such high expectations that one imagines that the album should be better. These guys came from good bands and would return to them in various ways. The Firm just wasn't meant to be, though it did nothing to damage any reputations.
.
This post consists of a clean MP3 rip (320kps) taken from my crisp vinyl copy, acquired from the sale bin at Brash Suttons in Geelong many moons ago, with its distinctive hole punch in the top right-hand corner to indicate 'sale item'.
Also included is full album artwork for CD and LP, plus select band related photos (sourced from Brandy Zep's Website with thanks).
.
Track Listing 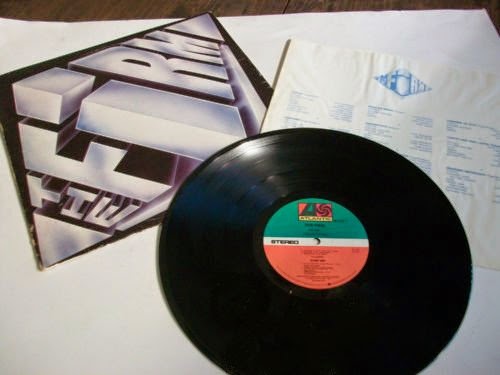 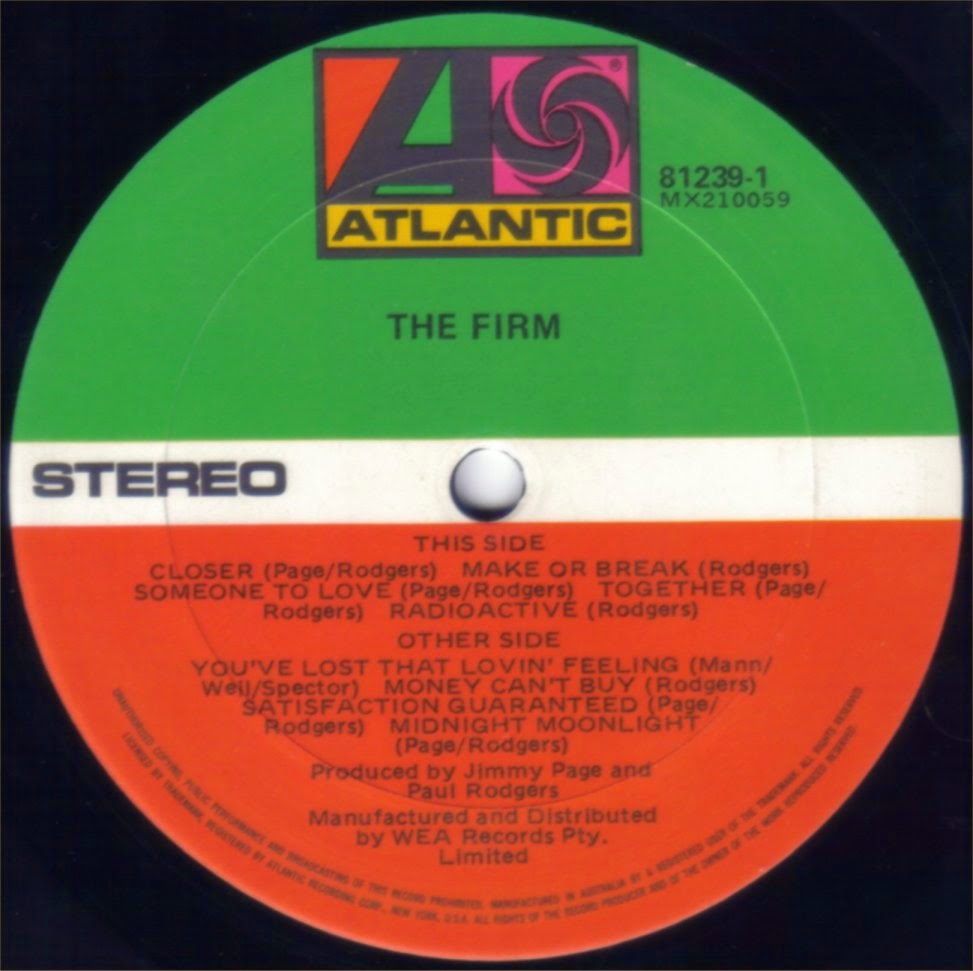