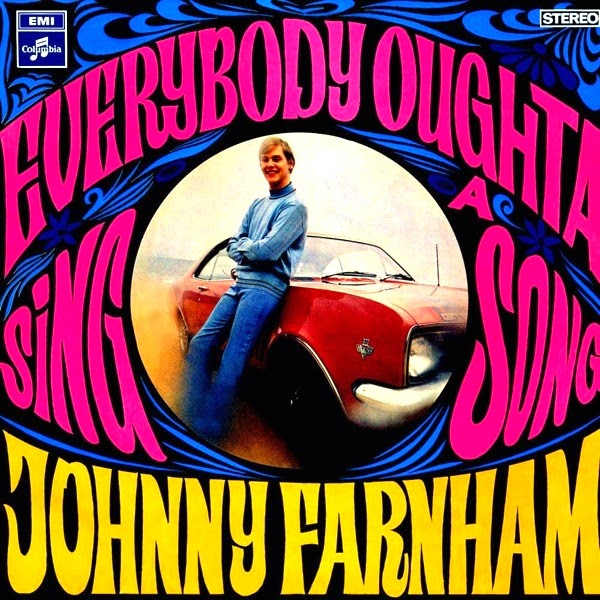 Johnny (John) Farnham has been entertaining audiences worldwide since 1967. His impact on the Australian Music Industry is phenomenal and unrivaled. He has recorded a multitude of hits and received numerous awards and accolades.
Locally he has remained one of Australia's best-known performers with a career spanning over 45 years, and he is the only Australian artist to have a number one record in five consecutive decades (echoing that of Cliff Richard in the UK) with singles: "Sadie (The Cleaning Lady)" in 1967, "Raindrops Keep Fallin' on My Head" in 1969/1970, and "Age of Reason" in 1988; and albums: Age of Reason, Chain Reaction in 1990, Then Again... in 1993, Anthology 1: Greatest Hits 1986–1997 in 1997, 33 1/3  in 2000 and The Last Time in 2002. [extract from wikipedia]
John's first real step towards a musical career was when he and two school friends formed a band called 'The Mavericks'. They didn't know many numbers but managed to get a few gigs at school socials. They all progressed to Lyndale High School together and the group regularly played at school concerts and at the Dandenong Town Hall. During School holidays, John worked with family friend Stan Foster in his plumbing business. 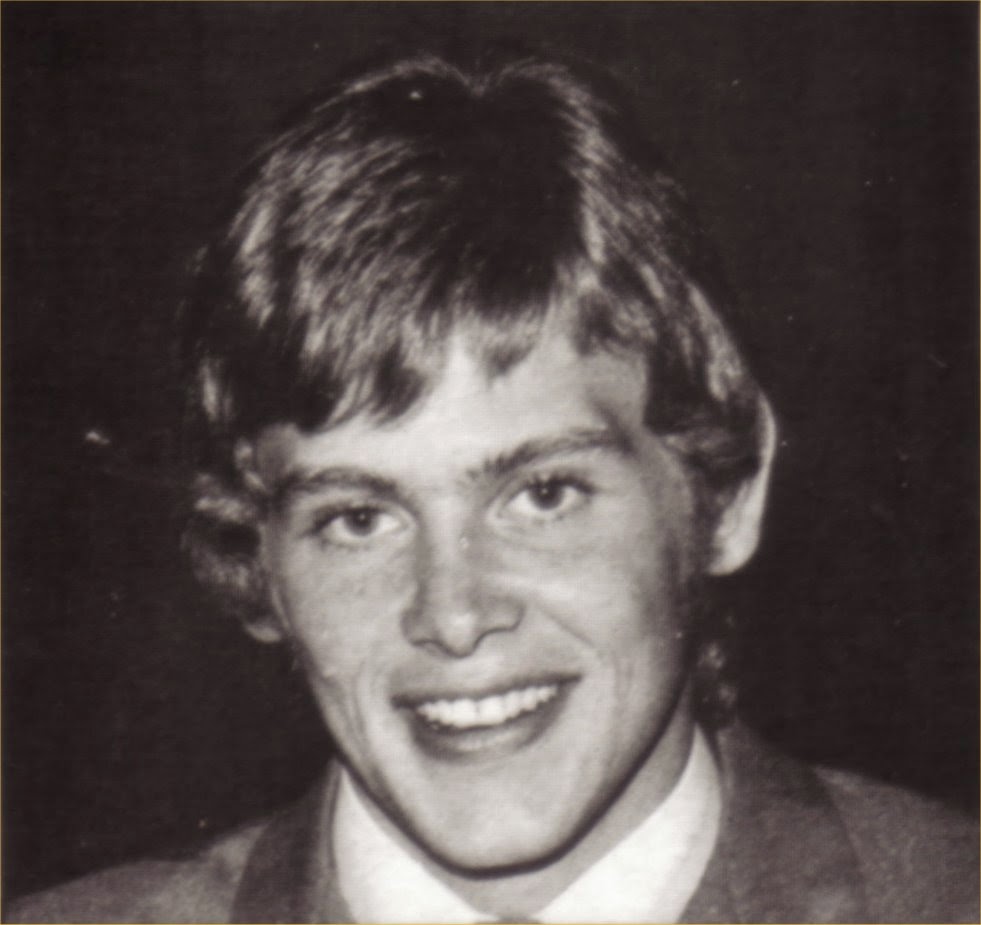 Several years later, John took a two year leave from the plumbing apprenticeship he would never return to, it was time to pursue his singing career. Darryl Sambell was from Adelaide and knew the music scene better there than in Melbourne, therefore John's first gigs were booked at The Princeton Club, St. Clair and Halfway Out. Three gigs on the same night and he received $20 for each performance. John's first television appearance was also in Adelaide on the daily pop-mine show 'Kommotion'.
Darryl scored John a session for the Ansett-ANA commercial ‘Susan Jones’. The theme was written by Peter Best and it was recorded by four different artists. These were pressed to an EP by Astor and distributed in a picture sleeve. The EP's were used for promotional purposes and given to customers who flew Ansett-ANA at the time. Apparently John was paid only $40 for what has today become a mega rare EP.
EMI producer, David McKay first became aware of John from his regular appearances on the pop-mime show,' Kommotion' and immediately recognised his talent. John’s signing to EMI for release on the Columbia label was facilitated by a private performance before McKay, backed by the band, Zoot. This was when his career really started to take off and he recorded "Sadie". Life would never be the same for John Farnham.
"Sadie" was very cleverly marketed. Publicity stunts included advertisements placed in newspapers for cleaning ladies, and an Electrolux vacuum cleaner making an appearance at the launch. A huge success, "Sadie" reached No. 1 and stayed there for 6 weeks, remaining on the chart for 23 weeks. It was the
largest selling single by an Australian artist in the 60's, selling a huge 180,000 units.
Following the success of "Sadie" the single, EMI/Columbia issued Johnny's first album also titled 'Sadie', which went on to achieve Gold Status. Johnny's second album ‘Everybody Oughta Sing A Song’ was also released in  November, 1968. [extract from John Farnham's Official Fan Website]
. 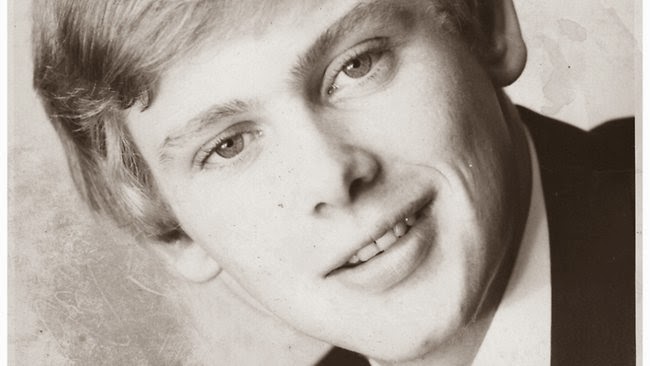 .
Album Review
Everybody Oughta Sing A Song is the second solo studio album by Australian pop singer John Farnham (billed then as Johnny Farnham) and was released on EMI Records in November 1968. Its first single, released in July, was the double A-sided, "Jamie"/"I Don't Want To Love You", which peaked at #8 on the Go-Set National Singles Charts. The second single, "Rose Coloured Glasses" was released in October and peaked at #16. Writers on the album included Hans Poulson, Neil Diamond and Quincy Jones. The album was re-released in 1974 with a different cover, it shows Farnham performing live on stage, whereas the initial 1968 release had him leaning against a Holden Monaro [extract from wikipedia]
.

.
Johnny Worth A Second Listen
(Review by Ed Nimmervoll, GO-SET Magazine, Wednesday Oct 16, 1968 p9)
"Rose Coloured Glasses"/"Scratchin' Ma Head" (Columbia Records)
At first I hated this! I had visions of writing all sorts of nasty things. Then I played both sides a few more times and discovered that actually this is quite good stuff. 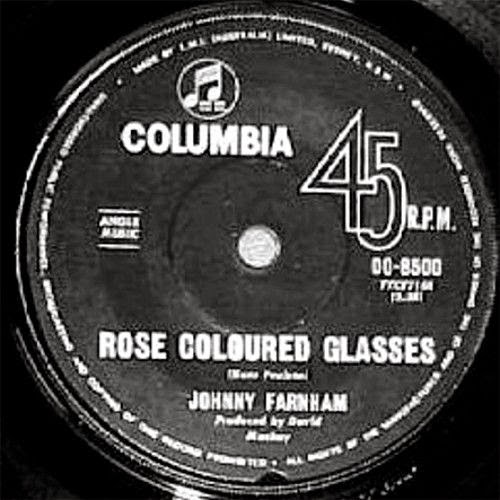 I noticed the variety and thought in the arrangement, the fine instrumental work which drives along with Johnny's sometimes strained vocal. The conclusion is that this could be Johnny's biggest since "Sadie" and thankfully, both sides are completely opposite to that record.
I doubt whether Johnny's vocal does justice to Hans Poulsen's "Rose Coloured Glasses" but the forceful feel of the whole arrangement more than makes up for this. Johnny does a very good job of both sides, particular in "Scratchin' Me Back" a faster side which suits him to a tee, but I can't help wondering just how much Johnny is moulded by producer David Mackay.
Note: Nimmervoll couldn't seem to get the title of the B-Side track correct in his article, and "Scratchin' Ma Head" is the correct title.
. 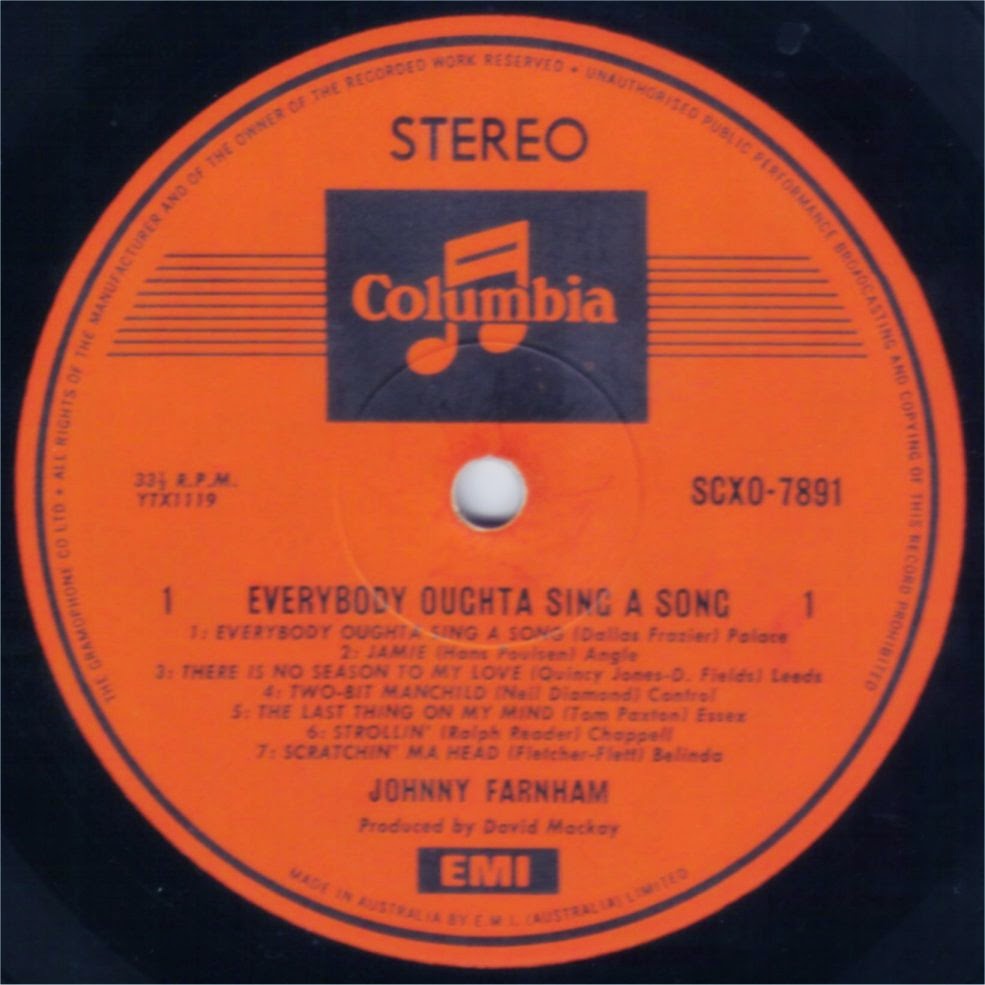 This post consists of MP3's (320kps) ripped from my Vinyl copy and includes full album artwork, including the cover of the 1974 re-release of the album (see below), and label scans. (Many thanks to WoodyNet for the Go-Set Article). Be warned that the quality of the recording is not brilliant as the original recording was quite poor with very little bass. Keeping in mind that the album was recorded in 1968 using fairly primitive recording equipment, there is only so much one can do with 'digital enhancement software'.  But this album is rare, and for those of you seeking to complete your Farnham collections, the post might just be for you.  Definitely no 'Sadie' or 'Raindrops Keep Falling' hits on this album, but maybe if you look at it with "Rose Coloured Glasses", you might find one or two interesting tracks. LOL
.
Track Listing: 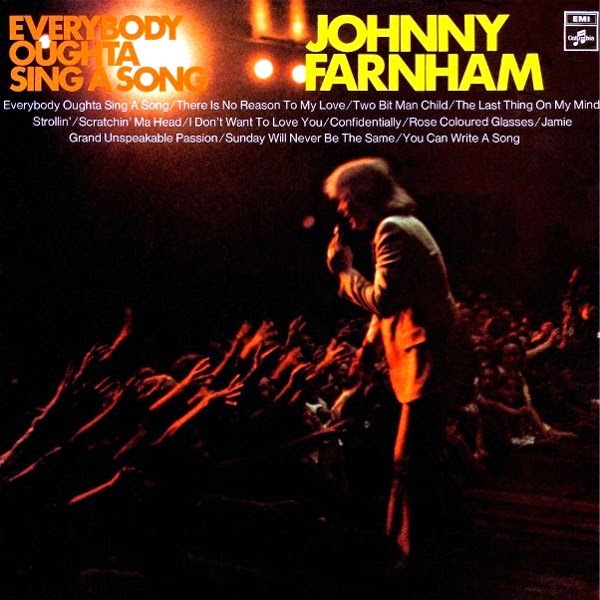