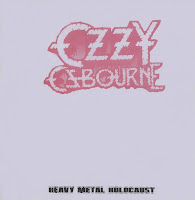 Ozzy Osbourne was fired from Black Sabbath in 1979, after his final performance with the band on 11th December 1978 during the Never Say Die! promotional tour. The singer began his solo career the same year, hiring Quiet Riot guitarist Randy Rhoads, former Rainbow bassist Bob Daisley and former Uriah Heep drummer Lee Kerslake. The band recorded their debut album, and the songs that were released on "Diary Of A Madman", between March and April the next year, releasing Blizzard of Ozz in the United Kingdom in September 1980.
.
Ozzy Osbourne and his band began their tour in Osbourne's native United Kingdom on 12 September 1980, a week before the album's UK release. The band played three dates in Scotland, before moving on to play 25 dates in England and one in Wales between 17 September and 31 October. Keyboardist Don Airey, who performed on the album, was replaced on tour by Lindsey Bridgewater. On every date of the leg except Middlesbrough, where Newcastle band Raven substituted due to Burke Shelleys vocal issues, the band were supported by Welsh hard rock band Budgie, who were promoting their eighth studio album 'Power Supply'. The songs for the second album "Diary Of A Madman" were recorded at the same time as the first album, their release was delayed until 1981.
. 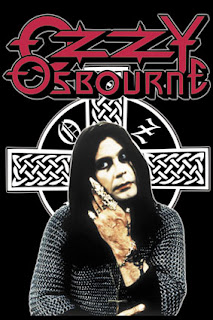 Shortly before the beginning of the tour's second leg, original members Daisley and Kerslake were fired from the band. Ex-Quiet Riot bassist Rudy Sarzo and former Gary Moore drummer Tommy Aldridge (both of whom were credited on Diary of a Madman in place of the fired members, who performed all bass and drum parts) were hired to replace them in April, performing on the remainder of the tour. Blizzard of Ozz was released in the United States in January 1981, before the second leg of the tour began in the United States on 22 April 1981, where it remained until 12 July. Ozzy's band were supported on the United States run by English heavy metal band Motörhead, who remained with the tour when it moved to Canada on 13 July, adding local hard rock band Queen City Kids (promoting their debut self-titled album) to the shows. Ozzy and Motörhead performed at the Heavy Metal Holocaust concert at Vale Park, England on 1 August (from which this bootleg recording was taken), before moving back to the United States to complete another month-and-a-half of tour dates with English hard rock band Def Leppard, who were supporting their second studio album 'High 'n' Dry' [extract from wikipedia]

Another stab at using a football ground as a venue for a hard rock festival, Metal was all the rage in the early 80s , but not every promoter got it right, in this case the crowd was estimated at 20- 25,000, as another event wasn't held its fair to guess that this event may have lost money- although the arena looks pretty full in the photos we have seen. The PA was supposed to have reached new heights in amplification - rated at over 100,000 watts. It was a monster, as you can see depicted above.

Originally Black Sabbath were supposed to co-headline with Motorhead, but pulled out in early July due to ' recording commitments " to be replaced by the Ozzy Osbourne Band. Promoter John Curd was less than impressed " They originally approached me to do the show and the only thing I can say is that the next time they appear in England will be in court." [extract from ukrockfestivals.com]

Ozzy was the last minute replacement for Black Sabbath. So short notice was Sabbath's pullout that the tickets had them as headliners. He did a great set including stuff from his first solo album and also "My bit of Black Sabbath" which went down a storm [Dave Butler]

I bought my ticket via a local record store in Doncaster (Angie’s Records, unfortunately now long gone) because I was a huge Black Sabbath fan at the time. When I heard of Sabbaths withdrawal from the event I was gutted. I shouldn’t have been because the Ozzy set was something that still sticks in my memory many years later. I was a fledgling guitar player at the time and remember being amazed at how a guitarist could play so well while his ‘mate’ the lead singer was yanking his hair down almost to the floor and dragging him around. Ozzy and Randy Rhoads certainly made an impression upon a 16 year old and in hindsight my love of Sabbath ended with the 70’s and the Ozzy era’ [Dave Jackson] 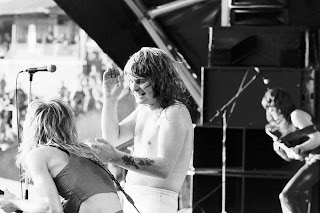 Yes we were there and remember the day well. Probably due to the fact that we had to drive there and the alcohol ban in the ground. Without boring everyone with a complete review of the day we went to see Motorhead, who did the business as usual. Ok Black Sabbath did not perform but how many Heavy Rock Fans can say they saw Randy Rhodes play guitar live on stage.
I was recently talking to a young guitarist who is in a rock band about the bands we have had seen live and I happened to mention that I had seen Randy Rhodes perform with Ozzy. The guy almost fell to his knees doing the we are not worthy salute. Randy is one of his guitar Gods, and he will never see him perform. So all you people out there who were at this festival and were disappointed at not seeing Black Sabbath, I bet there are a lot more people even more disappointed at never having the chance to Randy Rhodes perform live the way we all enjoyed that day. [Rob Saripo]
. 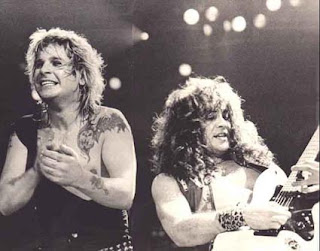 It was a very warm day I remember and being quite young, I sat in the stands at stage right. I had no clue as to who Vardis and Riot were, was vaguely interested in Frank Marino and even less with Triumph. Ozzy was blinding, watching a sea of hands waving his "V" signs was incredible. Randy Rhodes of course on guitar. He played a great set! [Miles Mallorca]
[all recollections sourced from ukrockfestivals.com]
.
This post consist of an MP3 rip (320kps) taken from my prized vinyl bootleg which I acquired from the Victoria Market, Melbourne back in the 80's. At the time I was a big Black Sabbath fan and I was devastated that Ozzy had left the band. So when I came across his bootleg, I grabbed it immediately and paid a small fortune for it if memory serves me right. I have chosen to rip each side of the album without track breaks, to retain the continuity of the performance, although the positioning of Paranoid at the end of Side A appears to be out of sequence as official track listings indicate Paranoid was their closing track.
Full album artwork and concert photos are included and the sound quality is very good for a bootleg.
.
Track Listing 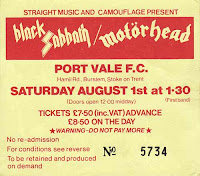