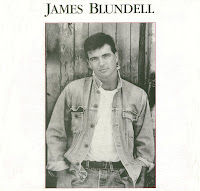 James Blundell was born in Queensland town of Stanthorpe and was brought up on a sheep and cattle station near the town. As an adult he worked as a station hand across various locations in northern Australia. After a back injury sustained while working on a farm in Papua New Guinea he turned to music.

He won a Golden Guitar Award for best new talent of 1987. Blundell's eponymous first album, in 1989, followed up by "Hand It Down", which was released in the United States in 1990 following its success in Australia. Blundell's first works reflected his background as a jackaroo and his love of that life. 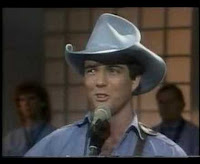 Blundell made a substantial mark on the Australian country music scene from the early 90s, notably through a very successful single, ‘Way Out West’, recorded with James Reyne and featured on Blundell’s 1992 release This Road. By the late 90s Blundell had become Australia’s bestselling country artist with albums such as Touch Of Water (1993) and Earth & Sea (1995). By the early 00s, Blundell’s work had broadened its base to incorporate elements of rock and pop, and he thus attracted an even wider audience than before. The anti-war single ‘Postcards From Saigon’ lodged in the Country Top 30 for four months and reached number 2 in the Australian Independent Singles Chart, where it spent three months. This song, which he wrote in collaboration with Terry McArthur, came from Deluge, a 2005 album that marked his return to prominence after a low-key spell that lasted a few years. Later in the year he presented his music together with prose writing by his father, farmer Peter Blundell: The Silver Tongued Devil & I: A Night Of Music And Verse. 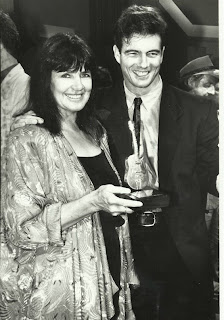 Over the years, he has won nine Country Music Association of Australia Golden Guitar Awards. He also succeeded in the USA, appearing in Nashville and signing a major label contract with Compass Records.  [extract from James Blundell's Myspace]

In June, 2013 Blundell (48) was announced as the lead Queensland candidate for Mr Katter's Australian Party.
"James is anything but a career politician, which sadly 95 per cent of our MPs are", party leader Bob Katter said on Sunday.
"Like most Australians, James spent almost a decade of his young adult life in knockabout, hands-on jobs."
Mr Katter said the singer's work history and life experience made him an ideal candidate to become a voice for the people of Australia. [extract from Sydney Morning Times, June 3, 2013]
.
Now, I gotta say I'm not really a big fan of Country Music but I do enjoy the occasional folky ballad and I am a huge fan of 'The Dingoes'. I heard Blundell for the first time when he did a duet with James Reyne singing the Dingoes
classic "Way Out West" and was an instant fan. When I saw this album for sale in a secondhand record shop some time ago, I decided to give it a try and was pleasantly surprised by the scope of musical talent he possessed.  Backed by some great musicians, names like Garth Porter (Keyboards, Producer), Tommy Emmanuel (Guitar) and Buzz Bidstrup (Drums), this album is a real surprise.
This post consists of MP3 rip (320kps)  from my pristine copy of Blundell's debut album along with full album artwork and lyrics sheet. I have also included some bonus tracks, firstly a live rendition of his his first single "Gidgee Bug Pub" - taken from The Ray Martin Show in 1987 and his later hit single with James Reyne entitled "Way Out West" which was ripped from my CD.  I hope you enjoy this out of print album.
.
Track Listing
1. Dancers
2. Rainbows 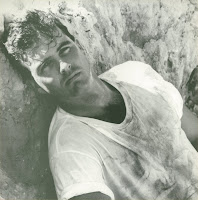