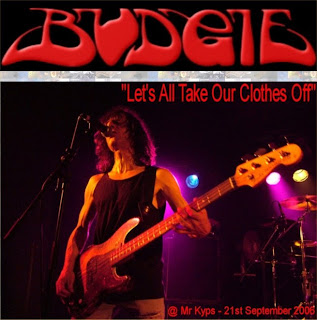 Gig Reviews (thanks to Mr.Kyps Reviews)
'Let's All take Our Clothes Off'
Review 1: This Budgie has Claws! There really isn' t much point reading this review if you were there. You' ll know what I' m about to write. But for those who couldn' t make it, I can only say you missed a real stormer of a gig! These three excellent musicians started with a quiet little ditty called "Panzer Division Destroyed" !, just to set the tone, and never let up right through to the last wailing feedback.
Budgie are a no-holds-barred Rock Band who show that they can still deliver the same powerhouse performance that they always have. Burke Shelley has enough energy for an entire band on his own. No wonder he stays so slim! Although he has been gigging since the late 60 s he always gives 110%.
At times I felt like shouting slow down man, you' re not a teenager any more , but why should he? It 's his driving force and determination to keep Budgie alive and squawking that makes this band an instant hit wherever they play. Steve Williams shows what a true rock drummer he is, providing driving foundations that allow the two front men to show their talents to the full.
As for Simon Lees, what can I say? I was right at the front (yes that was me with the camera glued to my face!) and I have never seen fingers move so quickly. They were just a blur! It s easy to see why he won the Guitarist of the year back in 1998. I can' t wait to see how his style has contributed to the new studio album. And he' s a fine singer too. Maybe if he sang lead on the odd track, Burke could cut down on his consumption of Listerene during the gigs!
Last night was only the fifth date on a tour that runs through to mid December, if you get a chance go and see them. You won 't be disappointed. I fully intend to try and catch them very soon. Any fans of the current crop of Metal bands should see this group on tour. They are the Godfathers of the current sound. When bands like Metallica, Soundgarden, Van Halen and Iron Maiden have all covered Budgie songs, it s easy to see what a long-lasting influence they still have on the rock world. Buy some of the CDs and you will soon discover just what a talent they have. Every song is different, even a few quiet numbers that really show Burke s sensitive side. Maybe they could include the odd acoustic number in the live set. I m sure they would go down a treat. Brilliant gig guys! Can' t wait till the next one!
Review 2:  Budgie went down a storm last year to a packed-out Mr. Kyps crowd and this year would be no different. Silhouettes in half-light took their places on the stage as The Seven Dwarves "Ho-ho, Hi-ho, it's off to work we go" whimsical tune played through the PA. And then, indeed, they went to work, to have the audience shouting and applauding from the first song onwards. Not that they needed to, but they built upon their fan's rapture and took no prisoners right from the word go, stepping up the pace minute by minute, only to grab themselves a quick breath with a ballad or two here and there.
Of course, their epic 'Nude Disintegrating Parachutist Woman' was an immediate favourite and show-stopper, but relentless as ever, they kept them coming with the fabulous 'Napoleon Bona Part I & II,' 'Breadfan,' 'Whisky River,' and 'I Turned To Stone;' to namedrop but a few from their immense back-catalogue. Hot and sweaty as true rock 'n' rollers are all-too-happy to be, the hundred or so minutes zipped by in a flash. And even though the crowd of Budgie addicts would've let them keep playing into the wee small hours, it had to stop somewhere; so we went home grateful in the knowledge that with all things being equal they'll be back again next year. 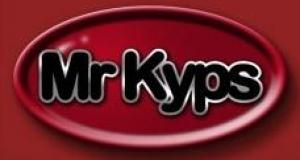 .
The Venue - Mr. Kyps
8a Parr Street
Lower Parkstone
Poole. U.K
Mr Kyps Live Music Venue has been a cornerstone of live music culture in Bournemouth and Poole since 2002, and has since become a regular fixture on the itinerary of national and international touring bands. Mr.Kyps host some of the best bands and live entertainment around.
Kyps has room for 300 spectators with unrestricted views throughout, and contains facilities and promotional infrastructure that easily belies our modest capacity. Since a major refurb on the Grade II Listed building in 2008, we now have one of the most impressive rooms of its size on the south coast, and our aim is to create a sound and atmosphere that is perfect for the appreciation of live music.
The stage at Kyps has seen a wide variety of performers since our inception, from internationally acclaimed players and vocalists, to the most promising up-and-coming independent acts. We pride ourselves on providing a wide spectrum of music at the venue and ensure that each and every show is presented in the best possible way, subject to the unique vibe of each particular artist.
. 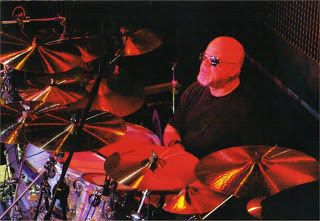 This post, subtitled 'Let's All Take Our Clothes Off' consists of MP3 (320kps) rip taken from an Audience recording taped on a Panasonic Digital Recorder, using dual microphones. The result is nothing short of full soundboard quality. Full album artwork is also included.
Budgie were in fine form for this gig, having just started their 2006 tour of UK taking place between Sept-Dec. This bootleg's track listing and intense atmosphere is reminiscent of my personel encounter with the band when they toured Australia in 2010 (with Craig Goldy) see review.
If you haven't heard this bootleg yet, then you really have been caught Kypping!
.
Track Listing 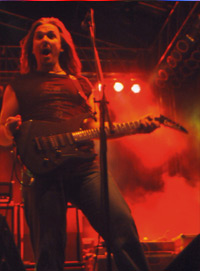