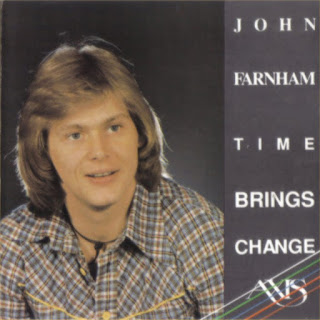 In a country of 20 million people John Farnham is the one Australian artist who stages arena sized concerts whenever he tours to satisfy the demand. He is without challenge Australia's most successful solo artist, on stage and on record. His Whispering Jack album was the first album to sell over a million copies in Australia alone. John got his first big break singing the now famous Susan Jones TV ad commercials. Not long after this he was to record his first hit Sadie in 1967. Sadie was a big gamble – it was commercial, sure but it was also corny. The radio stations wouldn’t play it. It was only after a Four Corners TV segment on how a record company promoted an unknown, which featured the song, that they were willing to play it at all! After John made an appearance on Uptight singing his song, the station’s switchboards were, however, inundated with calls requesting a repeat of the song. Sadie ended up being the biggest selling Australian hit of the 60’s. John was on his way! 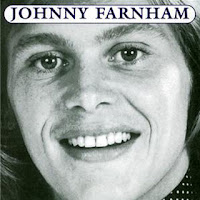 .What fans were responding to was "Johnny" Farnham's bright boy-next-door personality. He was someone teenage girls and the mothers could both like. Farnham was also a fine singer and survived "Sadie" to release a long string of pop hits between 1967 and 1973, including the local hit versions of Three Dog Night's "One," B J Thomas' "Raindrops Keep Falling On My Head" (#1) and David Cassidy's "Rock Me Baby. He also starred in the stage musicals Dick Whittington And His Cat, Charlie Girl and Pippin. His schedule denied Farnham trying his luck internationally or developing on record. Success continued virtually on the basis of his talent and that personality alone and in the late to mid seventies his career was reduced to nightclub and cabaret performances trading on his past. Even his record company lost faith in him and dropped him. 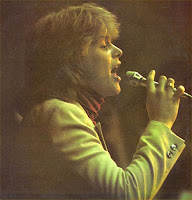 In 1980, changing from Johnny to the more mature John Farnham, he set about resurrecting his career. The trigger was a dramatically rearranged impassioned performance of the Beatles' "Help" on a nationally broadcast Royal Command TV concert. He reminded everyone what a fine singer he was, and in July released Uncovered, a well received comeback album recorded under the production eye of Little River Band's Graham Goble. In September 1982 long-time Farnham fan Goble was inspired to convince the rest of LRB they should take the radical move of removing Glenn Shorrock, singer of all the band's hits, and making Farnham their lead singer. The band's American record company was in shock. So were non-Australian fans. It was a hurdle Farnham could not overcome, and at the end of 1985 he left LRB and began work on a new make or break solo album.
.
The anthemic single "You're The Voice restored Farnham to #1 for the first time in 17 years. The carefully crafted adult contemporary October 1986 album Whispering Jack was No.1 for 18 weeks, and became the biggest selling album in Australian history. "You're The Voice" sold a million copies in Europe and reached the top ten in England. A consummate singer and performer since 1986 Farnham has been Australia's No.1 attraction, with successive big selling albums and sold out concert tours. International interest has continued to beckon but the dedicated family man is happy with his career as it is [extract from blue.desert]
. 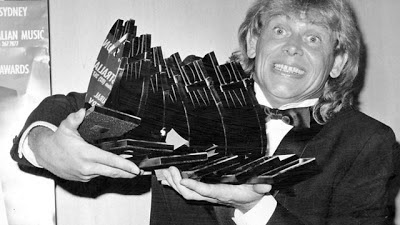 .
This post consists of an MP3 rip (320kps) taken from my CD copy of this album. Full album artwork is included for CD only.  This is not your usual complilation of early material by Farnham (no Sadie or Raindrops Keep Falling on this one), but rather some of his lesser known cabaret tracks which in their own right, are just as good. My favourites are his: Elton John cover "Take Me Back To The Pilot" and his renditions of the stage classics "Hair" and "Day By Day".
One point of contention regarding this album, however, is that it should be credited to 'Johnny' Farnham and not 'John' Farnham. This is because all tracks on this compilation predate 1980, which is when Farnham changed his stage name from Johnny to John. This album was no doubt released by EMI to cash in on the success that Farnham was having during his Whispering Jack era. If you haven't heard his early 70's material, then this album is a nice introduction to his Cabaret years.
.
Track Listing
01 - Charlie Girl (1972)
02 - Who Can I Turn To (1972)