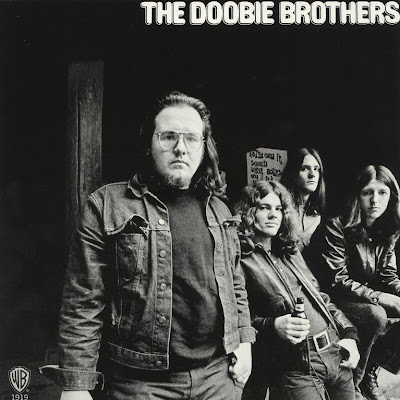 As one of the most popular Californian pop/rock bands of the '70s, the Doobie Brothers evolved from a mellow, post-hippie boogie band to a slick, soul-inflected pop band by the end of the decade. Along the way, the group racked up a string of gold and platinum albums in the U.S., along with a number of radio hits like "Listen to the Music," "Black Water," and "China Grove."
Originally a trio called Pud formed in California in 1970 and comprising Johnston, Hartmann and bassist Greg Murph, the latter quickly replaced by Dave Shogrer.. Started out as a hard rock band, toyed for a spell with gospel-oriented material using horns before return to rock roots. Expanded to four-piece with addition of Pat Simmons, a native of Sar. Jose.
Signed to Warner Bros, this lineup appeared on 1971 debut album although Shogren left soon after. Tiran Porter and Mike Hossack (percussion) were enlisted to bring Doobies up to quintet. This use of two guitarists and two percussionists was later to draw comparisons with similarly boogie-oriented Allman Brothers, although Doobies have always professed a closer affinity to San Francisco band 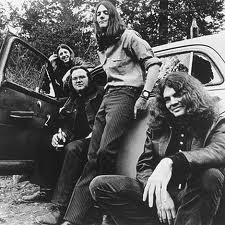 Moby Grape. Indeed, the Grape's Skip Spence had been instrumental in bringing original Doobies together.
The Doobie Brothers honed their chops by performing live all over northern California in 1970. They attracted a particularly strong following among local chapters of the Hells Angels and scored a recurring gig at one of the bikers' favorite venues, the rustic Chateau Liberte in the Santa Cruz Mountains. An energetic set of demos (some of which were briefly released on Pickwick Records in 1980 under the title Introducing the Doobie Brothers), showcased fuzz-toned, dual lead electric guitars, three-part harmonies and Hartman's frenetic drumming and earned the rock group a contract at Warner Bros. Records. (with Tiran Porter on Bass). At this point in their history, the band's image reflected that of their biggest fans - leather jackets and motorcycles. 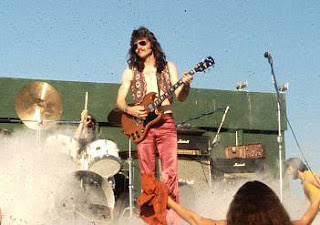 However, the group's 1971 self-titled debut album departed significantly from that image and their live sound of the period. The album, which failed to chart, emphasized acoustic guitars and frequently reflected country influences.
Their second album, the gold-seller 'Toulouse Street' (1972) found the band experimenting with horns on certain tracks and moving further in direction of hard rock, results being a high placing on U.S. album lists and a hit single "Listen To The Music". The 1973 set, 'The Captain And Me', repeated the process with gold status and a hit single, "Long Train Running" - and by now the Doobies were a substantial concert attraction in the U.S. Attracting cult attention in U.K., they managed to sell-out two London Rainbow gigs on their British debut early in 1974 with very little pre-publicity. 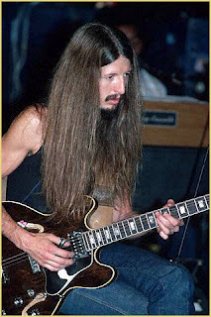 Later that year the group's instrumental prowess was boosted by the talents of former Steely Dan's slide guitarist Jeff 'Skunk' Baxter (though many critics interpreted the move as a backward one on Baxter's part). The guitarist had, however, already appeared in session role on earlier Doobies albums.
More personnel changes occurred in the following year: Hossack departed to be replaced by Keith Knudsen, formerly with Lee Michaels, with line-up boosted to six by addition of keyboards player Michael McDonald - like Baxter before him, a recruit from Steely Dan [extract from 'The New Musical Express Encyclopedia of Rock', by Logan & Woffinden, Salamander 1977]

The new sound was showcased on 1976's 'Takin' It to the Streets', a collection of light funk and jazzy pop that resulted in a platinum album. Later that year, the group released the hits compilation 'The Best of the Doobies'. In 1977, the group released 'Livin' on the Fault Line', which was successful without producing any big hits. Johnston left the band after the album's release to pursue an unsuccessful solo career. Following his departure, the Doobies released their most successful album, 'Minute by Minute' (1978), which spent five weeks at number one on the strength of the number one single "What a Fool Believes." Hartman and Baxter left the group after the album's supporting tour, leaving the Doobie Brothers as McDonald's backing band. 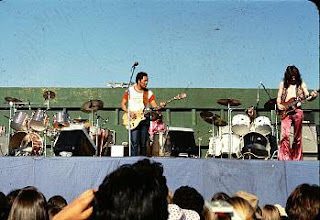 Following a year of audition, the Doobies hired ex-Clover guitarist John McFee, session drummer Chet McCracken, and former Moby Grape saxophonist Cornelius Bumpus and released One Step Closer (1980), a platinum album that produced the Top Ten hit "Real Love." During the tour for One Step Closer, McCracken was replaced by Andy Newmark. Early in 1982, the Doobie Brothers announced they were breaking up after a farewell tour, which was documented on the 1983 live album Farewell Tour. After the band's split, McDonald pursued a successful solo career, while Simmons released one unsuccessful solo record. In 1987, the Doobies reunited for a concert at the Hollywood Bowl, which quickly became a brief reunion tour; McDonald declined to participate in the tour.
By 1989, the early-'70s lineup of Johnston, Simmons, Hartman, Porter, and Hossack, augmented by percussionist and former Doobies roadie Bobby LaKind, had signed a contract with Capitol Records. Their reunion album, Cycles, went gold upon its summer release in 1989, spawning the Top Ten hit "The Doctor." Brotherhood followed two years later, but it failed to generate much interest. For the remainder of the '90s, the group toured the U.S., playing the oldies circuit 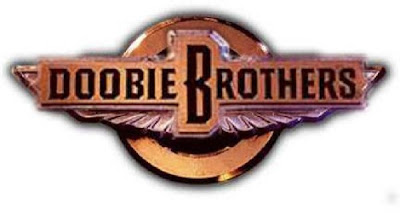 and '70s revival concerts. By 1995, McDonald had joined the group again, and the following year saw the release of 'Rockin' Down the Highway'. But the lineup had once again shifted by the turn of the new millennium. 2000 saw the band — Hossack, Johnston, Knudsen, McFee, and Simmons — issue Sibling Rivalry, which featured touring members Guy Allison on keyboards, Marc Russo on saxophone, and Skylark on bass [extract from wikipedia]
.
Album Review
One of the most inauspicious debuts by a major rock group, this subdued slice of country boogie might be called the missing link between Moby Grape and the later, revved-up Doobies of "Listen to the Music." Only a handful of West Coast hippies bought this record originally, but it lays the blueprint for the Doobies' future radio-friendly sound: chugging rhythm guitar, stretched-out harmonies, Tom Johnston's joyful R&B vocals, and Patrick Simmons' acoustic picking. A muffled mixing job helped keep this album in the morgue, which is sad, because "Nobody" and "Greenwood Creek" rate with some of Johnston's best tunes, and they both deserve issuance on a definitive Doobie Brothers compilation. [reviewed by Peter Kurtz, All Music Guide]
. 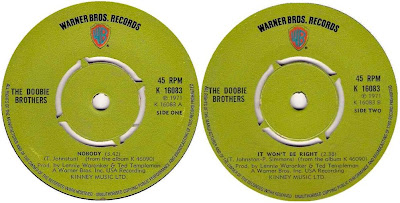 I personally like this first release as it demonstrates the roots from where the Doobies latter music would spring from. For example, if you listen closely to the track "Beehive State", you can definitely hear some Doobie riffs that were indicative of greater things to come.
This post consists of MP3 (320kps) ripped from my vinyl copy which I bought 2nd hand for the pricely sum of $1.99 and includes full album artwork. My copy exhibits the newer Warner Bros record label and is a 1974 re-release - probably made in response to the popularity of the Doobie Brothers at that time. If you haven't listened to the Doobie's earlier material, then you really haven't 'Listened To The Music' (pun intended !)
.
Track listing 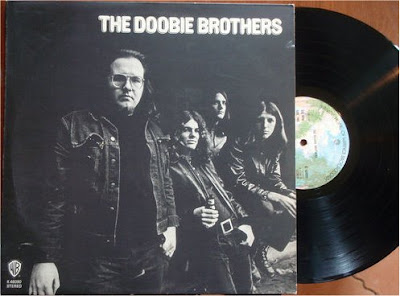