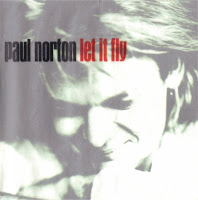 Paul Norton (aka McNaughton) started playing bass in various bands in his teens, which led to the formation of Melbourne band The Runners. After a couple of years of constant live work The Runners were signed to Mushroom records in 1981 and released their first single "Sure Fire Thing" in 1982 followed by The album 'Hitting the Wall' and the single "Endlessly". The Runners toured constantly throughout the early eighties and went through many line up changes before disbanding in 1985.
Paul spent the next couple of years playing with various bands (Wendy and the Rocketts, Steve Hoy and the Hoy Boys) before launching a solo career in 1988. Again signed to Mushroom Records, Paul released his first single "Stuck On You" which received immediate airplay and got to number two on the Australian charts. Paul then went to London to work with producers Paul Muggleton and Mike Paxman on the next single "I Got You" (#34) and the album 'Under a Southern Sky' (the song "Southern Sky" (#32) was later chosen for Australia Day Celebrations at the 2000 Olympics in Sydney). 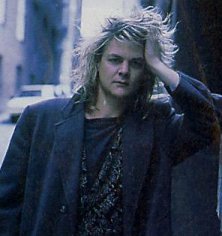 Paul worked live with his band for the next couple of years before teaming up with American musician/producer T-Bone Wolk (Hall and Oates Carly Simon) to work on his second album 'Let It Fly' which was recorded at Metropolis studios in Melbourne and mixed in New York at Electric Lady and Bearsville studios. Let It Fly was released in 1992 with the singles "When We Were Young" and "Lil Red Riding Hood". Paul worked live with his band over the next couple of years touring extensively throughout Australia including many aboriginal communities and Arnhem Land.
In 1994, Paul met Peter Wells RIP (Rose Tattoo) and Cletis Carr and together they formed Hillbilly Moon and later that year released the album 'Hillbilly Moon Volume One' with the song "She Left Me" receiving solid airplay on Country Music Television.
. 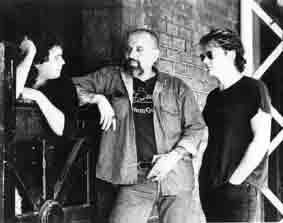 Paul was Musical Director and wrote the score for The Australian Shakespeare’s production of Much Ado About Nothing and the finale for the critically acclaimed comedy Certified Male. Paul has written for and with some of Australia’s finest performers including Debra Byrne, Gerry Hale, Wendy Stapleton, Donna Fisk and Michael Cristian, Dobe Newton and Colleen  Hewitt. In the last few years Paul has divided his time between writing producing and working live and is currently working on a new album.
2006 saw Paul tour Australia with The Countdown Spectacular, featuring 27 of Australia's top rock acts of the 70's and 80's performing to 100,000 people nationwide. [extract from Paul's Website]
. 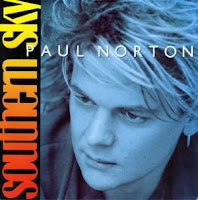 Album Review
This album is easily the equal of 'Under A Southern Sky' and it's excellent lead single "When We Were Young" combined the cruisey, catchy feel of his earlier hit "Stuck On You" with a nostalgic lyric that teenagers young and old could relate to.
And yet for some inexplicable reason, radio stations ignored it, bar a few scattered plays in Melbourne, resulting in neither the album nor the single taking off. As a follow up single Paul issued the old Sam The Sham hit "Lil' Red Riding Hood", the album's only cover/remake. It probably seemed like a good idea at the time in that it was a nicely rockin' little version, it had recognition factor and Paul and the band, with Nick Barker guesting on vocals, sound like they're having fun too. But another of Paul's originals would have been a much better option. 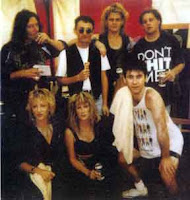 With his gritty voice, the occasional use of fiddle on some tracks and the music's hybrid of country and rock styles, Paul does at times remind me of John "Cougar" Mellencamp (especially in the track "What Are We waiting For"). Without slavishly copying of course. In fact there's a downright Stones-like blues-rock swagger on a couple of my favourite tracks like "Little Miss Understood" and "Lie To Me". Elswhere there's a stomping soul style feel on "Nothing She Can't Do" featuring some nice blues harp and the down-home country stylings of "Too Many Angels", with an incongruous but strangely befitting sax solo by Joe Camilleri
All up a great album to be sure, not a synthsizer to be found anywhere and it should have made him huge. The backing cast is also of major note as first of all, it was helmed by noted US producer T Bone Wolk (Hall & Oates/Carly Simon/Elvis Costello/Billy Joel/Wendy Matthews/UK Squeeze etc).
. 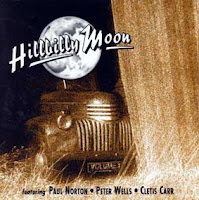 Paul went on to form Hillbilly Moon with Peter Wells RIP (Rose Tattoo) who issued one acclaimed album as well as writing for and with the likes of Debra Byrne, Gerry Hale, Wendy Stapleton, Donna Fisk and Michael Cristian, Dobe Newton and Colleen Hewett.  [thanks to Micko at the Midoztouch forum for this great album review].
.
This post consists of an mp3 rip (320kps) taken from CD and includes full album artwork. A great album and well worth the listen, even if you haven't heard any of Paul's solo material. The more you listen to it, the more it grows on ya. Perhaps the radio stations should have given it a better listen.
.
Track Listing
01.  When We Were Young
02.  When The Kingdom Comes
03.  Too Far Gone
04.  Fly Away
05.  Star
06.  Lil’ Red Ridin' Hood
07.  Too Many Angels
08.  Getting Away With Murder
09.  Little Miss Understood
10.  What Are We Waiting For
11.  Lie To Me
12.  How Great It Is
13.  Nothin’ She Can’t Do
14.  Ain’t That The Truth