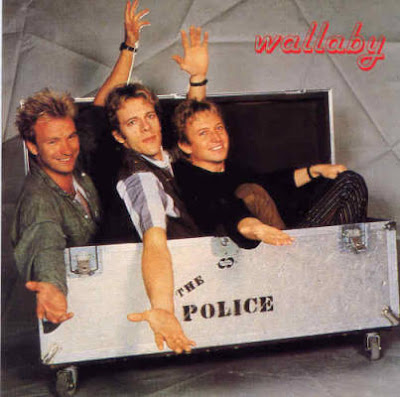 From their early beginnings, The Police were hailed as a maverick live band - a group that galvanized an already impressive studio sound into something otherworldly when performing. Combining controlled energy and evocative melodies, Sting, Stewart Copeland and Andy Summers played with the improvisational instincts of a jazz trio and the raw energy of a punk-rock band - a blend that made them one of the definitive rock groups of the'70s and '80s.
The group originally broke through at the same time that punk was shaking up the music scene in the late 70's. Each member came from a different musical background: Summers played with The Animals, Soft Machine and Kevin Ayers, Copeland was a member of Curved Air and had a brief solo career as Klark Kent, while Sting had played in various jazz fusion groups. The band manifested an understated virtuosity, applying their chops within reggae grooves and intricate arrangements. Between Summers' trenchant and ground breaking guitar work, Copeland's 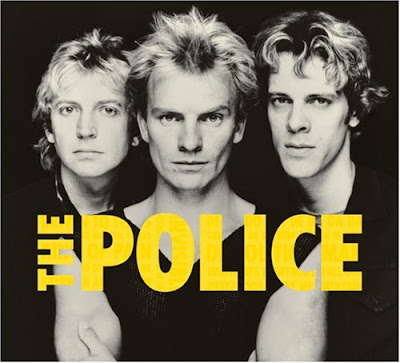 deceptively complex polyrhythms and Sting's loping bass and soaring vocals, The Police were indisputably the most adventurous ambassadors of the genre then known as new wave.
.
Their first album, 'Outlandos D'Amour' debuted on A&M Records in 1978 and quickly climbed the charts with such hits as "Roxanne" and "So Lonely". The following year saw the release of their sophomore record 'Reggatta de Blanc' which also topped the charts and brought us such hits as "Message in a Bottle" and "Walking on the Moon" as well as honoring the band with their first Grammy for the record's title track. 'Zenyatta Mondatta' soon followed in 1980, resulting in two more Grammy awards for the group as well as Top Ten hits "Don't Stand So Close To Me" and "De Do Do Do, De Da Da Da". 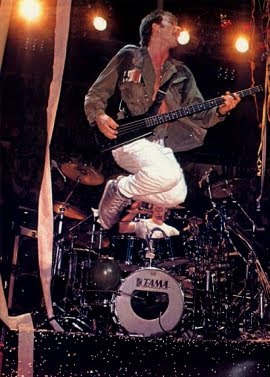 In 1981, The Police put out 'Ghost in the Machine' which went double platinum with hit singles "Every Little Thing She Does is Magic" and "Spirits in the Material World".
After a year-long sabbatical, the members reunited to record 'Synchronicity', an album that would prove to be their studio swansong and earn them three Grammy Awards in the process. The most successful Police album yet, it produced "Every Breath You Take", one of the most-remembered rock ballads of the '80s and the recipient of the 2005 BMI Award for Eight Million Radio Plays. They were ranked the #1 most played band on U.S. radio in the '80s while achieving comparable success in the UK with 5 number one albums and singles to their credit. In 1982, The Police received the Brit Award for Best Group and in 1985 were honored with the Brit Award for Outstanding Contribution to British Music.
After the band parted ways in 1986, their individual careers continued to flourish.
.
Concert Review 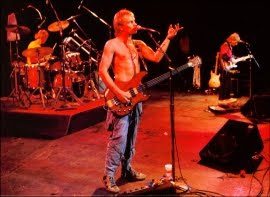 (02.21.1981 - Melbourne, Australia: Festival Hall)
Captured by the Police...
Melbourne rock fans have survived the most arresting weekend of the year. Over two nights, some 10,000 fans were "apprehended" for three hours of blissful imprisonment.A forceful group of chaps, calling themselves the Police, are in Australia proving why they're one of the world's top three bands. Who cares if the trio's outdoor concert in Sydney drew a crowd of 25,000? Melbourne was privileged with two Festival Hall shows. Both were total sellouts and both more than rivaled the Police's Harbor City reception, in terms of enthusiasm as well as decibels. The old stadium hasn't seen nights like it for quite a while.The wooden floor pulsated, the ushers rushed around frantically all night and the hall's chairs faced their severest test as the fans scrambled for a better view. Loudspeaker pleas of "get back to your seat!" were ignored and from the moment the house lights blinked off it was hard to tell just who was performing for whom. 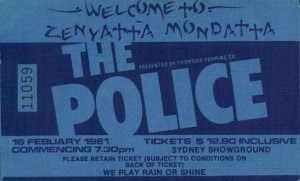 Police won the contest... but if they hadn't had the stage lights, a platform and a massive sound system on their side, it might have been a draw. The crowd knew every word, every chant and most of the movements too.On stage, Stewart Copeland drummed up a storm and Andy Summers' guitar re-created perfectly that unmistakable Police studio sound. But there's little doubt about the target of most of the screaming adulation. Lead singer Gordon "Sting" Sumner, had merely to smile to set off a chain-reaction of screaming adulation. He can sing, too and has a fine ability for bass and a soaring, powerful voice. 'So Lonely', 'Roxanne', and 'Message In A Bottle' were highlights of a set remarkable for its fullness of sound from only three instruments. Melbourne's own Models are supporting the national tour - and their fine performance was given an enthusiastic home-town reception.
[Extract from
The Police Website © The Melbourne Sun by Mark Trevorrow]
.

.
Interview with Sting in 'Flexipop' Magazine (March 1st 1981)
Friday: The night before we played our last gig in Australia in front of 10,000. Friday morning I got up pretty early, around 9am, and went straight down to the hotel pool. There I met Willie Nelson and made friends with him. I congratulated him on his Grammy award and he congratulated me on mine. He 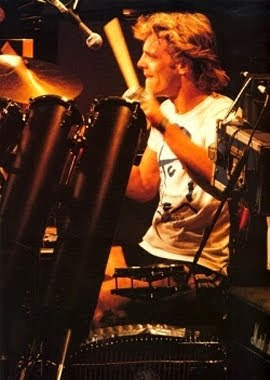 won the best country and western song and we won the best instrumental. Then I met Oscar Peterson who was sitting in the corner drinking. I went over but he had never heard of The Police. In the afternoon I went water-skiing in Perth. It was pretty good - until I swallowed a jellyfish. Well, I nearly did. It sort of covered my face. Luckily it wasn't of he stinging variety. I mean, how can a jellyfish sting Sting?
We were supposed to catch the 10.30pm flight to London but it was delayed. The plane finally took off at midnight. I dropped a few sleeping pills and that was it... until one of the plane's engines went. The pilot told us not to panic and in fact we had to make four stops - Singapore, Bombay, Bahrain, and London. It was a 27 hour flight [extract from The Police Website]
.
This post is an excellent soundboard recording in mp3 format (320kps). Included is full album artwork along with alternative front cover (see below). Rip originally sourced from Viva Les Bootlegs with thanks. This recording was made during their "Zenyatta Mondatta" world tour. Other Australian dates were:
16-02-1981 Sydney Showgrounds
19-02-1981 Brisbane Festival Hall
21-02-1981 Melbourne Festival Hall
22-02-1981 Melbourne Festival Hall
24-02-1981 Adelaide Memorial Park Drive Stadium
26-02-1981 Perth Entertainment Centre
.
Track Listing01. Voices Inside My Head / Don’t Stand So Close To Me02. Walking On The Moon03. DeathWish 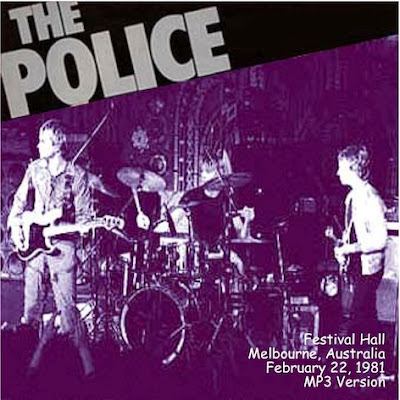