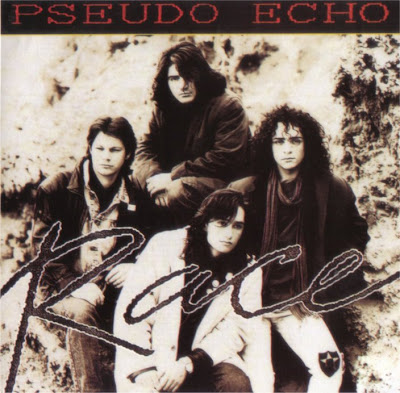 Pseudo Echo is an Australian band which plays New Romantic style of music. The band was formed in 1982, by schoolmates, Brian Canham (vocalist, guitar and keyboard player) and Pierre Gigliotti (bass and keyboard player). The other two members of the group were, Anthony Argiro (drum player) and Tony Lugton (guitar and keyboard player).
Following the release of debut album Autumnal Park in 1984, they were regarded as one of Australia’s hottest bands alongside INXS. Their new wave synth pop sound channelled the likes of Duran Duran and Ultravox and the singles "Listening", "Beat For You", "Stranger In Me" and "Dancing Till Midnight" gave the band a string of hit singles. The song "His Eyes" which was featured in the horror movie 'Friday The 13th – A New Beginning' gave them some initial international exposure. With several lineup changes leading into release of 2nd album 'Love An Adventure', the bands sound turned into a more poppy, upbeat vibe with the introduction of a slight rock edge. Their remake of the 70’s dance hit "Funky Town" reached Top 10 in the USA, UK, Canada and Top 20 in Germany and the likes of the title track, "Don’t Go" and "Living In A Dream" dominated the Australia scene.
With the late 80’s resulting in a changing musical landscape to one dominated by big hair, equally big 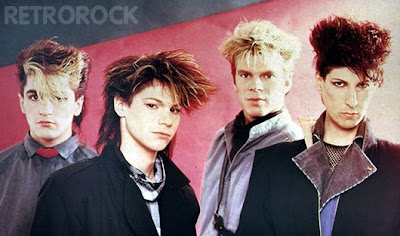 guitars and hard rock, 1988 saw the band release 'Race' which mirrored the music landscape at the time. While the album no doubt alienated the majority of the bands fanbase, it equally attracted a new breed of rock loving fans. For lovers of keyboard dominated melodic rock, this album is one of those highly regarded underground classics, not just in Australia, but worldwide.
The opening tracks, being both singles, "Fooled Again" and "Over Tomorrow" are bona fide rock anthems laden with keys. About the only thing constant in comparison to the bands previous releases are lot’s of keyboards and some killer songwriting!
And speaking of keyboards, check out "Over Tomorrow" which features some awesome 'keytar' action courtesy of James Leigh! "Caught" and "Don’t You Forget", are killer pop oriented songs and highlight the band’s irrepressible knack for crafting an infectious melody and keyboard hookline/riff. Whilst "Imagination" is pure unadulterated AOR that will have you cranking out some air keytar without question… there are still some awesome guitar solo's from Brian Canham on this track. 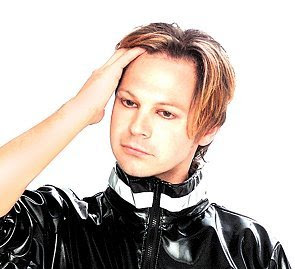 For the new wave loving Echo fans, hearing songs like "Runaways" and "Eye Of The Storm" with their thundering guitar riffs must have been like listening to Slayer to their ears! But for those of us who were living on a diet of Van Halen, Def Leppard and Bon Jovi et.al at the time, this was heavenly to our ears. Although the album did not surprisingly receive an abundance of critical or commercial acclaim, the band did however win the “Yamaha World Popular Song Contest” with the track "Take On The World", whatever that award means exactly I am not sure, but it sounds impressive.

Race was a radical shift from the synth-enhanced dance
music... it had a harder, pop metal edge, with look to match...This was the direction that the Leigh brothers apparently wanted the band to go, but Brian Canham (and probably Pierre Pierre, too) wasn't tremendously hip on the idea, and neither were the fans at the time... overall, Race wasn't very well-received, and Pseudo Echo was officially disbanded in November 1989.
However, none of the members have been lost in the wilderness, never to be seen or heard of again, like so many other bands of the 80's. The ‘Leigh’ brothers resurface some years later firstly as 'Vertigo' with the song "Forever Lately" and then with a name change and new singer they became 'Invertigo' achieving some decent chart success in Australia with the pop rock explosion of "Desentized" and "Chances Are". Brian Canham on the other hand has been more than busy in the capacity of songwriter and producer with much of his work being heard all over Australian radio and TV [review by Scott Smith at maytherockbewithyou]
. 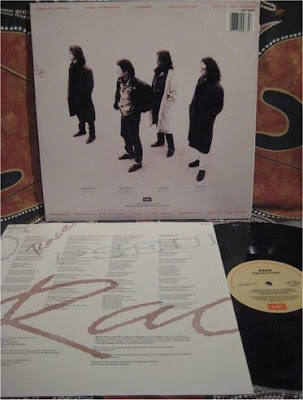 This post consists of FLACs taken CD and includes full album artwork. Note that Race was released in the US by RCA with a different cover to that released in Australia by EMI, and I have also included this here. In addition, I have opted to include two classic live tracks - "Listening" and "Funky Town" - taken from a soundboard recording made in Dec, 1985 in Melbourne (thanks to GruntRat at the Live Preserver)
.
Track Listing:01 - Fooled Again02 - Over Tomorrow03 - Caught04 - Imagination05 - Don't You Forget06 - Runaways07 - Searching For A Glory08 - Take On The World09 - Metropolis10 - Eye Of The Storm11 - Listening (Bonus Live 1985)*12 - Funky Town (Bonus Live 1985)*
* Live recordings from either 'The Palace' in St Kilda or at Monash University
.
Band Members:
Brian Canham (Lead Vocals, Guitar)
Pierre Gigliotti (Bass, Vocals)
Vince Leigh (Drums, Vocals)
James Leigh (Keyboards, Vocals)
.
Pseudo Echo Link (330Mb)  New Link 04/05/2020

Posted by AussieRock at 9:09 PM