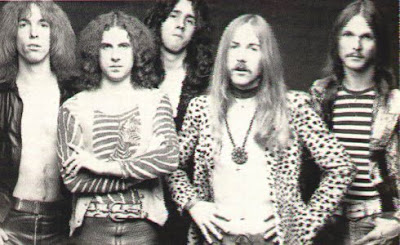 Now let me first point out, this post actually features the German hard rock band 'Scorpions' moonlighting as the 'glam rock' band called "The Hunters".
This is the rarest recording made by the infamous Scorpions and copies sell on eBay for small fortunes when they become available. The single was released only on vinyl 45rpm in 1975. It includes 2 songs "Fox on the run" and "Action" which were popular Sweet covers.
The 45 was released under the title "The Hunters-Fox on the Run" or more precisely 'The Hunters - Fuchs Gey Veron' and both tracks were sung in German. Klaus Meine sings 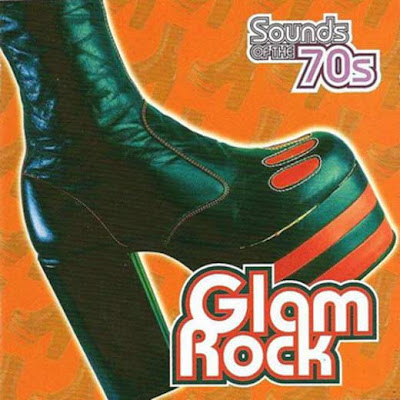 both songs and Uli Roth orchestrates killer guitar solos as usual for this era.
I believe that the songs were recorded while the Scorpions were on tour with the band Sweet during the mid seventies. The Scorpions went into the studio under the name "The Hunters" and recorded the two tracks in German. Although these tracks sound strange in the German dialect, their distinctive riffs and parallel vocal style helps give them familiarity and credibility.
.
The line up on this recording was: Klaus Meine (vocals) Rudolph Schenker (guitar)Ulrich Roth (guitar)Francis Buchholz (bass)Jürgen Rosenthal (drums). 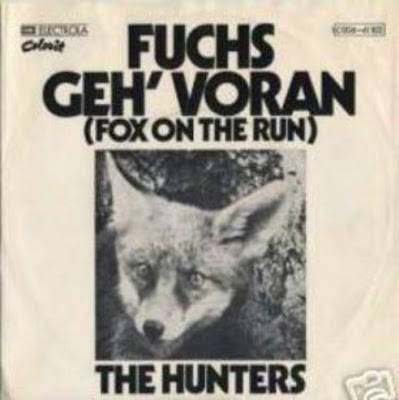 Who would have thought that The Scorpions would bring themselves to be associated with Glam Rock - that's what makes this month's WOCK post so Obscure and Korny.
Post consists of mp3 rip (320kps) taken from 45 single and includes full artwork with a touch of glitter!
.
Tracks:
01 - FUCHS GEH VORAN (FOX ON THE RUN)
02 - WENN ES RICHTIG LOSGEHT (ACTION)

Posted by AussieRock at 9:50 PM