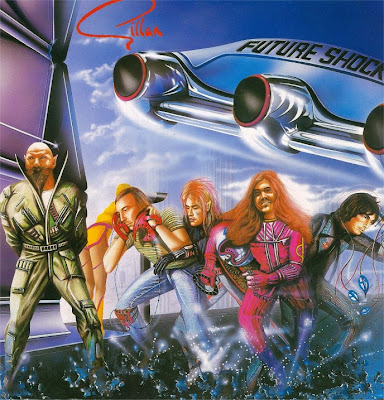 After getting his marching orders from Deep Purple back in 1973, Gillan decided to go solo. His first solo effort was 'Child In Time'. Then, he formed the Ian Gillan Band, who released 'Clear Air Turbulence' and 'Scarabus' (not his best albums however). Tired of musicians that loved jazz and wanting to come back to hard rock, he formed a band called GILLAN, and this band was the high point of his solo career. Featuring John McCoy on bass (later forming Mammoth), guitarist Bernie Torme, drummer Mick Underwood and keyboardist Colin Towns, they released three great albums: 'Mr. Universe', 'Glory Road' and the featured album 'Future Shock'. Then, with no Iron Maiden guitarist Janick Gers handling the guitars, they recorded the still successful 'Double Trouble' (half studio album, half live album) and 'Magic'. Then, Gillan disbanded his band, went to Black Sabbath, then returned to Deep Purple 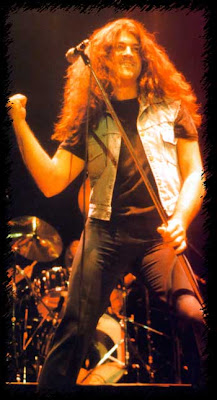 for their reunion. In 1998, he recorded an album with Roger Glover called 'Accidentally On Purpose'. Soon. he was out of Deep Purple again, and launched a new solo career, this time called IAN GILLAN. He released the different (and very good!) 'Naked Thunder' and the straight ahead metal-hard rock Toolbox. Then, back to Purple again. After this, his latest solo release, 'Dreamcatcher' (which was a little disappointing)
Gillan has played to big and small crowds around the world and played the Reading Rock Festival in 1981. I was lucky enough to see him play during his 1981 World Tour when he performed at a relatively small venue in St.Kilda, Melbourne called The Cheveron, in October that year. I have little recollection of this performance (mainly due to alcohol abuse) except to say that it was fuc*ing loud (I lost my hearing for 24hrs - very scary stuff) and was squashed into the venue like a can of sardines. They were playing tracks mostly from Glory Road and Future Shock, and I do remember them playing "Lucitania" and "Unchain Your Brain". I also remember, being intrigued to see not only Gillan in person, but also see if McCoy was as scary in the flesh as he appeared on the front cover of their 'Future Shock' album - and yes, the title said it all. 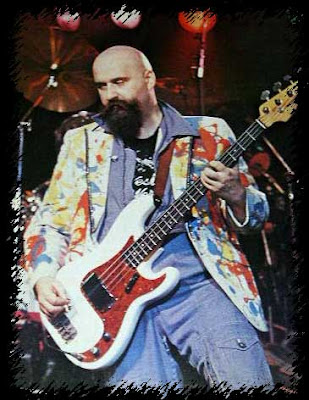 Review
I must say 'Future Shock' is one of his best albums ever! It's hard, strong, a band at its peak, released in 1981, when it seemed every band around was releasing their masterpieces! The "classic" Gillan line-up is here: Ian Gillan (of course), John McCoy on bass, Bernie Tormé on guitar, Colin Towns keyboarding and Mick Underwood drumming. My favourites from this album are "No Laughing In Heaven" (listen to the lyrics!), "For Your Dreams" and good old "New Orleans"
This is top notch, quality hard rock... it is not metal, it has too much finesse for that, but it is balls to the wall rock that features brilliant vocals (Gillan probably at his peak) and excellent musicianship from Musos Torme, Towns, McCoy and Underwood.
You don't need to turn this album up loud to appreciate it, it is what rock and roll should be about... rebellion, energy, attitude and humour with the knowledge and ability to put it across uncompromisingly. A true rock album, written and recorded before the time in the mid eighties when the whole genre seemed to sink into one big 'hair band' parody. Enjoy "Future Shock" all the more for that and the gem it is.
.

.
This post consists of an mp3 rip (320kps) taken from my 'mint condition' vinyl (yep, I looked after this baby as it is No.2238 out of a 3,000 limited edition release) and includes full album artwork for both LP and CD. I have also included Gillan's follow up single called "Nightmares" which was also released in 1981, along with the B-side live recording of "Bite The Bullet" (from the 1981 Reading Festival). As far as I can tell, the CD release of this album is currently out of print, as is his later release entitled 'Magic' which I plan to post in the near future.
.
Track Listing 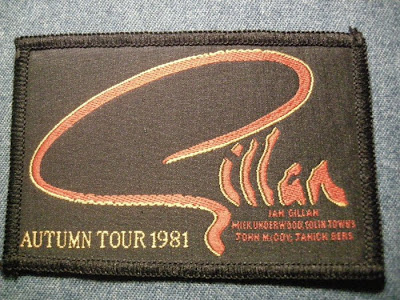