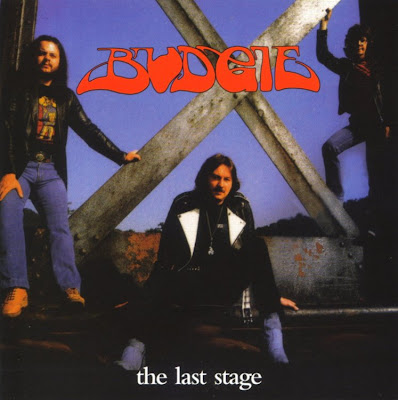 A Black Sabbath fan and good friend of mine always had a theory that Budgie missed out on the sales and success of Black Sabbath (who sometimes had a similar sound – tight but sludgy guitars, falsetto singer – and who shared with Budgie the services of legendary producer Rodger Bain) because, looks-wise, Sabbath had medieval castles, graveyards and spooky crosses in their album art, while Budgie went with Roger Dean and that cute li’l parakeet.
In other words, Budgie neglected certain trappings of serious bad ass-ism (scowling, strutting, shirtlessness and pyrotechnics) in favor of monster rock riffs and finely-crafted psychedelia. Not that they don’t have a loyal following, but when you peer through the coke-bottle lenses of Burke Shelley’s proto-nerdcore spectacles, it’s easy to reach the conclusion that these guys weren’t overly image-conscious. (I mean, look at ‘em. They’re just having fun playing music. That’ll never do.)
If you’re not into the hard rock, it can difficult to 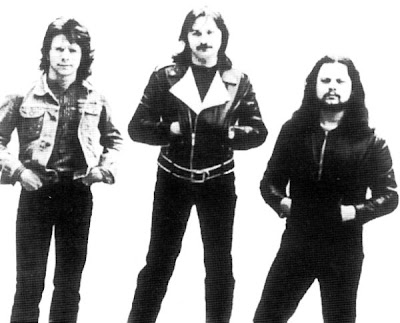 explain what’s so charming about Budgie. They aren’t over-the-top or chaotic sounding (their songs are sometimes absurdly mannered and precise) or emotionally distraught like metallish bands are “supposed” to sound. They make a “big” noise that somehow seems like it’s trapped in a small, dark room. They easily slip into sweet, folksy, pretty interludes – check out “Rolling Home Again” from the second LP – that might alienate a few Judas Priest fans (the two bands toured together in the early days). There’s a humble, wry sense of humor in the lyrics that imply it’s not to be taken all that seriously.
But man, what riffage! (is that a word?) When guitar demigod Tony Bourge started chugging out one of his stadium-ready hooks, and drummer Ray Phillips dictated a slow, heavy groove, it’s too much trouble to fight the rhythm. Go with it. Somehow, the combination just works. 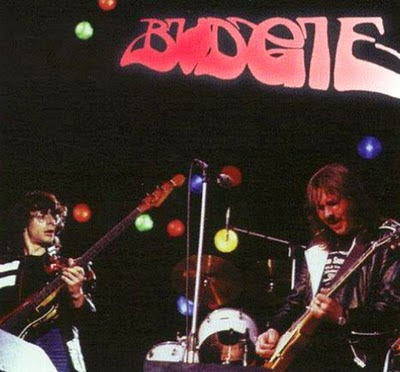 A new three-man lineup of those spry young whippersnappers is now gigging again, and of course they have a website. Marvel at the photos showing how well they’ve physically held up, compared to the shuffling, jiving walking corpses of most of their contemporaries.
By the dawn of the '80s, the veteran British metal trio Budgie had experienced a career boost, thanks to the rise of the New Wave of British Heavy Metal, and subsequently, a sudden mass appreciation of all things metal. As a result, the group signed a deal with RCA, and issued such titles as 1981's 'Nightflight' and 1982's 'Deliver Us From Evil'
However, not all went well in the budgie cage during the late 80's and the band consisting of Shelley, Thomas and Jim Simpson decided to call it a day in 1988.
But it's a little-known fact that the group intended 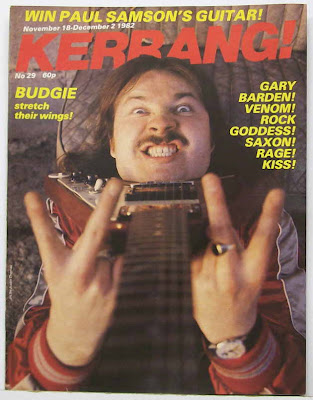 on putting together a third album for RCA, going as far as recording over an album's worth of tunes that went unreleased until now. Titled 'Last Stage' this 16-track set focuses solely on this latter day era (1979-1985, to be exact), right before the plug was pulled.
'The Last Stage' is a compilation of demo and session material that never made it onto any albums, due to record label hassles and the eventual break-up of Budgie in the late-80's. But don't get turned off by the prospect of a collection of demos. These songs could have easily been released as an album. As a matter of fact, it is downright depressing that the public never heard this material until 20 years after it was recorded. There is a strong chance that many of these songs may have been hits for Budgie had they been released. Despite the fact that these songs were only demos, they are far better than the finished albums of many other bands!
.
This era shows Budgie further

experimenting with blending pop hooks with their updated New Wave of British Heavy Metal-ish/hard rock sound (i.e. "Power Supply", "Night Flights", "Deliver Us From Evil" LP's), while still incorporating the occassional funk/jazz elements which keep you guessing. John Thomas' guitar work on these tunes is amazing and top-notch. Just check out the torrential soloing on amazing hard rock tunes "House of the Sinner" or "Sweet Fast Talker".
Burke Shelley's voice is at it's best as well, and these tracks really demonstrate just how dynamic he really was. In my opinion, songs like "Signed You Own Fate", "Renegade", "Hard Luck", "Same Old Sad Affair" are just as good as their earlier material.
Now as a warning, if you are expecting a rehash of LP's like "Squawk" or "Never Trust A Friend", you may be disappointed. But if you enjoyed "Bandolier" and everything which followed it, particularly "Power Supply", "Night Flights" and "Deliver Us...", you will be pleasantly surprised by how great this collection is. At first glance when I got "The Last Stage" in the mail, I got kind of worried and thought 'just how good can a collection of demos be'?
The answer: absolutely amazing. Hell, what else is there to expect from a band like Budgie. So get a hold of this disc, get high, crank it up, and have your mind blown by a collection of tunes which really should have been released years ago! Rock Your Blood, man!
. 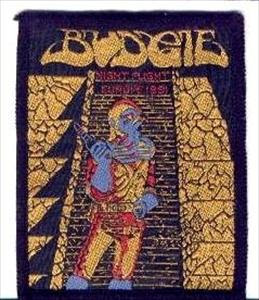 Although unfinished works ( in the sense that they are not final polished studio mixes) the first few tracks are outstanding and as good if not better songs than anything from 'Power Supply', 'Nightflight' or 'Deliver Us From Evil' albums.
The sound quality is very good still, and it baffles me that RCA dropped the band as these tracks show a band on form and as good as ever! It's criminal this didn't come out at the time. There was another track that was supposedly meant to be on the album, it was called "Beautiful Lies", unfortunately it never made it to "The Last Stage" so I have added it here as a bonus track.
Ok, a few of the tracks are a bit raw and unpolished, but the songwriting is first rate, and the playing is top notch, as has always been the case with one of the worlds great under rated hard rock acts. This is an essential album for any hard core Budgie fans (like yours truly !)
.
The rip was taken from CD at 320kps and includes full album artwork. Although this album has never been released on Vinyl the tracks were definitively recorded at a time when vinyl reigned and it is only fitting that this album finally has its day, here at 'rockonvinyl'. I have also included the bonus track "Beautiful Lies' which was recorded at the same time as the other tracks on this album. It was sourced from the double CD anthology 'Budgie, An Ecstasy of Fumbling: The Definitive Anthology - (1996)'. Select photos of Budgie are also provided from the early 80's.
.
Track Listing 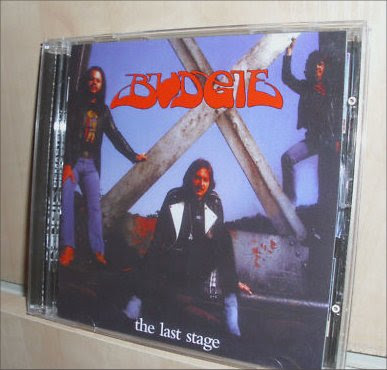 Sorry, but it's just come to my attention that this album is again available from Budgie's Website
..

Posted by AussieRock at 3:24 PM