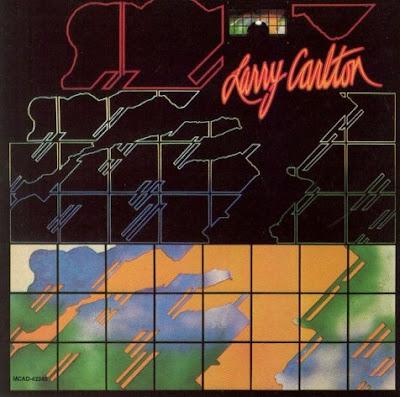 Larry Carlton began taking guitar lessons when he was six. His first professional gig was at a supper club in 1962. After hearing Joe Pass on the radio, he was inspired to play jazz and blues. Wes Montgomery and Barney Kessel became important influences soon after he discovered the jazz guitar stylings of Pass.

B.B. King and other blues guitarists had an impact on Carlton's style as well. He honed his guitar-playing skills in the clubs and studios of greater Los Angeles. He attended a local junior college and Long Beach State College for a year until the Vietnam War ended. Carlton toured with the Fifth Dimension in 1968 and began doing studio sessions in 1970. His early session work included studio dates with pop musicians like Vicki Carr, Andy Williams and the Partridge Family. In 1971, he was asked to join the Crusaders shortly after they'd decided to drop the word "Jazz'' from their name, and he remained with the group until 1976. In between tours with the Crusaders, he also did studio session work for hundreds of recordings in every genre. But it was while he with the Crusaders that he developed the highly rhythmic, often bluesy style he has now. His credits 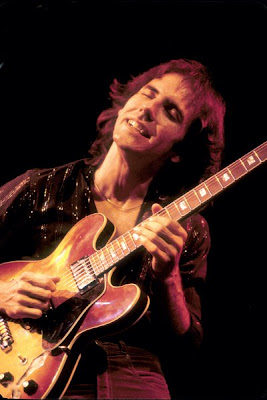 include performing on more than 100 gold albums. His theme music credits for TV and films include Against All Odds, Who's the Boss, and the theme for Hill Street Blues. The latter won a Grammy award in 1981 for Best Pop Instrumental Performance.

Carlton delivered his selftitled debut for Warner Bros. in 1978, shortly after he was recognized for his ground-breaking guitar playing on Steely Dan's Royal Scam album. (Carlton contributed the memorable guitar solo on "Kid Charlemagne.'') He released four more albums for Warner Bros., Strikes Twice (1980), Sleepwalk (1981), Eight Times Up (1982), and the Grammy-nominated Friends (1983), before being dropped from the label.
He continued studio session work and touring in between, emerging again in 1986 on MCA Records with an all-acoustic album, Discovery, which contained an instrumental remake of the Doobie Brother's hit, "Minute by Minute." The single won a Grammy Award for Best Pop Instrumental Performance in 1987. Carlton's live album, 'Last Nite', released in 1987, got him a Grammy nomination for Best Jazz Instrumental Performance.
While working on his next album for MCA, On Solid Ground, Carlton was the victim of random gun violence, and was shot in the throat by gun-wielding juveniles outside Room 335, his private studio near Burbank, California. The bullet shattered his vocal cord and caused significant nerve trauma, but through intensive therapy and a positive frame of mind, Carlton completed work on On Solid Ground in 1989. Carlton formed Helping Innnocent People (HIP), a non-profit group to aid victims of random gun violence. [extract from playjazzguitar.com]
. 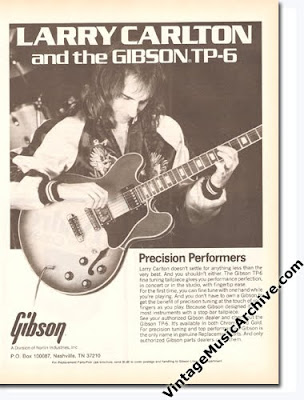 From 1994 to 1997 Carlton participated in various tours (notably with Toto guitarist Steve Lukather) and released an album (Larry & Lee). In 1997, Carlton took Lee Ritenour's place in Fourplay.
In 2000, Carlton furthered his solo career with Fingerprints. His career received another boost the following year when his live performance with Lukather, No Substitutions: Live in Osaka, garnered his third Grammy. Carlton's more recent work included Deep Into It, Sapphire Blue, and Firewire.

At the beginning of 2007, Carlton released two CDs. A live recording together with blues guitarist Robben Ford, 'Live in Tokyo', and 'The Jazz King' album. The Jazz King record is the result of a composition Carlton wrote for H. M. King Bhumibol Adulyadej of Thailand. The Jazz King project was initiated to celebrate the 60th anniversary of King Bhumibol's accession to the throne as well as his 80th birthday in 2007. Carlton was commissioned to write this composition by the Royal Project Foundation and Rotary Club of Bangkok. These compositions were released on CD only in Thailand, the net proceeds of the CD will be used to support the indigenous hill-tribe children of Thailand. Carlton's compositions for this Jazz King project resulted in a concert held on January 28, 2007 at BEC-Tero Hall, Suan Lum Night Bazaar, Bangkok.
In July, August and September 2009, Carlton joined Steely Dan as guest guitarist for six dates in New York, Los Angeles and Chicago.

In June 2010 Carlton released Take Your Pick, an album made with Tak Matsumoto. [extrac t from wikipedia]
.
Larry Carlton and the Yellowjackets 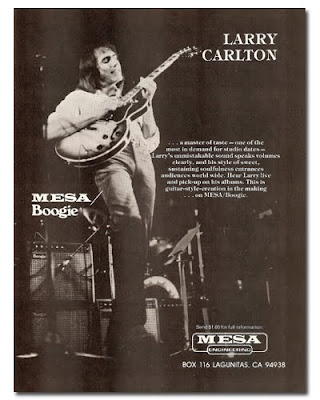 Although advances in instrumental technology have given their music a high-gloss polish, both Larry Carlton, the guitarist, and the quartet Yellowjackets, who shared the bill at the Beacon Theater on Thursday, fit firmly into the jazz-fusion category. The primary stylistic influence on both acts is pop-soul music. Mr. Carlton, a demure, supple guitarist, led a quintet of drums, bass, keyboards and saxophone in which Kirk Whelum's vigorous rhythm-and-blues horn solos helped to offset Mr. Carlton's tendency toward blandness.
The program included a well-manicured rendition of the 60's hit ''Knock On Wood,'' the theme from ''Hill Street Blues,'' a rework of "Room 335" and ''Kid Charlemagne,'' a flashback to the guitarist's days with Steely Dan. While very homogenized, the music maintained enough textural variation to avoid seeming formulaic. 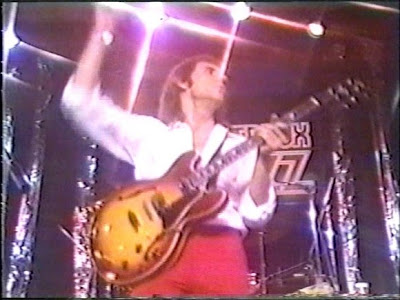 This rip was taken from CD at 320kps and includes some artwork along with a bonus track recorded with the YellowJackets at the Montreau Jazz Festival in 1987. I remember buying this LP when it was first released and knew nothing about Larry Carlton or his involvement with the Crusaders. I was heavily into Al Di Meola at the time, so when I heard it being played at my local 'import store' in Carlton, I was intrigued to know who this new 'jazz rock guitarist' was. Thirty years later, I still get that buzz when I listen to this album. Enjoy!
.
Track Listing
01  Room 335
02  Where Did You Come From
03  Nite Crawler
04  Point It Up
05  Rio Samba
06  I Apologize
07  Don´t Give It Up 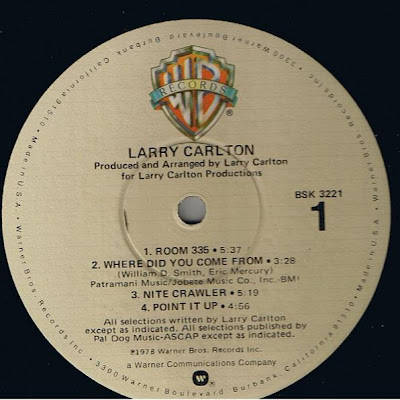