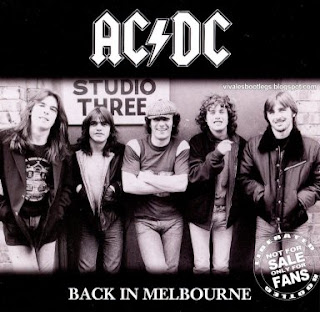 I was fortunate enough to see ACDC in concert, at a time when they were just starting to gain International recognition for the release of their 'Back In Black' album. Up until this stage, ACDC had been regarded by Australians as a great local band but nothing really more - they made regular appearances on Countdown and appeared in local pop magazines such as RAM and Juke.
However, the band's resurrection (after the death of Bon Scott) with Brian Johnson fronting the band on lead vocals was something that no one really expected to take off - and take off it did !

ACDC never sounded better and I can remember being totally blown away by their incredible stage presence and the massive wall of sound which they produced when I saw them play at the Myer Music Bowl in Melbourne, on Sat 28th Feb, 1981.
Although I was situated on the grass at the very back of the Music Bowl, it's slopping elevation and great acoustics mean't that I was able to see and hear them play as if I was in one of the front row seats. 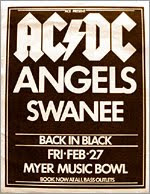 One stage prop that everyone was waiting to see (and hear) was the huge bell that they used at the start of "Hells Bells" and I still get chills down the back of my neck when I hear it on my stereo system - except that the stage version was 10 times better.
I'm afraid a lot of the memories I have about this concert have been lost over the past 29 years, but I distinctly remember feeling somewhat uncomfortable amongst the local sharpies and bikers that made up a large portion of the audience.
I didn't witness any of the fights or riots (that were later reported in the newspapers) but have to admit that the sound levels were loud for an outdoor concert. The newspapers reported that there were complaints made by staff at the Prince Henry Hospital in St.Kilda Road (located some 3 kms away) that the noise had caused great distress for their patients. This was the last time that the Myer Music Bowl was used as a venue for rock concerts for almost 10 years. 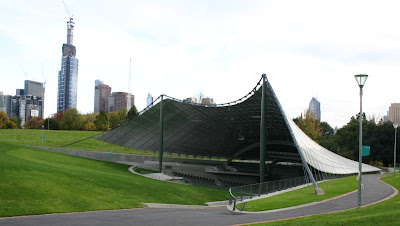 I.have managed to source (thanks to acdc.bootlegs.com) a number of newspaper articles published in the Age Newspaper at the time - which cover the controversy relating to their two concerts (held on Friday 27th and Saturday 28th February, 1981)
I have included these in this posting - some very interesting reading !
One in particular is a response made by Brian Johnson to the bad media reports which were being circulated by the newspapers at the time. To read this article, select the image below to enlarge (taken from The Age March 5th 1981) 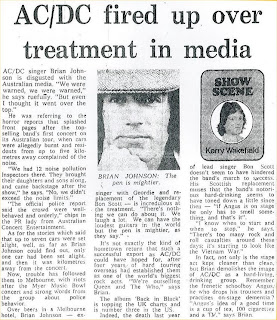 There are a considerable number of bootlegs available for this concert : aka 'Back At Home', 'Live In Melbourne', 'Myer Music Bowl - Melbourne' to name but a few (audience and soundboard recordings)
However, the rip I am providing here is considered to be one of the best (based on the rating given by acdc.bootlegs.com)
.
The original flacs have been converted to 256kps mp3's and full album artwork is included (along with alternative covers from other releases)
. 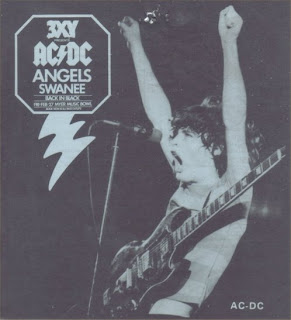