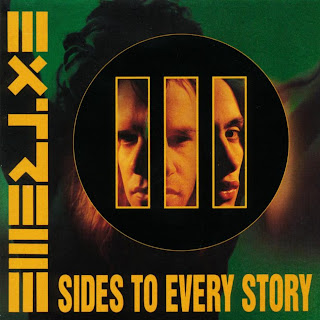 Extreme is an American rock band, headed by frontmen Gary Cherone and Nuno Bettencourt, that reached the height of their popularity in the late 1980s and early 1990s. Among some of Extreme's musical influences are Queen and Van Halen. (Gary Cherone and Nuno Bettencourt joined Queen onstage at The Freddie Mercury Tribute Concert in 1992 and Gary Cherone joined Van Halen in 1996) The band have described their music as "Funky Metal". They have released five studio albums, two EPs (in Japan) and two compilation albums since their formation. The band was one of the most successful rock acts of the early 1990s, selling over 10 million albums worldwide.
Extreme achieved their greatest success with their 1990 album Pornograffitti, which peaked at number 10 on the Billboard 200, and was certified gold in May 1991 and 2×platinum in October 1992. That album featured the acoustic ballad single "More Than Words", which reached #1 on Billboard's Hot 100 in the United States.
The subsequent single, "Hole Hearted," another acoustic track, was also successful, rising to Number 4 on the same popular music chart. The band began recording their third album in 1992. Their appearance at the Freddie Mercury Tribute Concert in April 1992 interrupted the recording sessions, but it gave the band considerable exposure beyond the heavy metal fraternity. III Sides to Every Story was released on September 22, 1992. [extract from wikipedia]
. 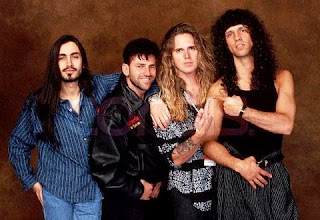 Their most ambitious work, it is structured as a concept album in three sections labeled as "sides" — a play on the notion of "different sides to a story" and that of "sides" of an album (in LP and cassette media). The sides, mentioned in the song Cupid's Dead as "three sides to every story" are named "Yours", "Mine" and "The Truth", and each features a distinct musical style and lyrical imagery. The band considers it to be their best album.
Yours is made of hard rock songs, the guitar-centric style the band has explored the most on their previous albums. Their funk-metal tendencies are present in tracks such as "Cupid's Dead", which also features a rap section performed by guest John Preziosa Jr. As a whole, this side deals with political subjects: war ("Warheads"), peace ("Rest In Peace"), government ("Politicalamity"), racism ("Color Me Blind"), media ("Cupid's Dead"). Summing up these matters, the side closes with "Peacemaker Die", a tribute to Martin Luther King, Jr., which features a recording of his famous I Have A Dream speech.
. 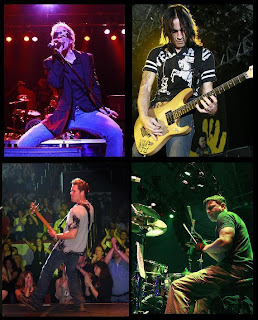 Mine, in total contrast, deals with introspective subjects. In accordance, the band departs from its guitar sound and experiments with different arrangements on this side, with Nuno Bettencourt taking on keyboards in addition to (and in some tracks, instead of) the guitar. The side opener "Seven Sundays" is a slow waltz with prominent keyboards and no guitars. "Tragic Comic" is a mostly acoustic track telling a light-hearted love story. "Our Father" is sung from the perspective of a child of an absent father. At "Stop The World", the album starts to dive into more philosophical questions, expressing existential doubts — a theme that leads to religion, with "God Isn't Dead?" (written with the verb form as an affirmation but with a question mark — the chorus says "Please tell me God isn't dead... I want to know") and "Don't Leave Me Alone", a dramatic plea. The latter was not included in the CD version due to lack of space; Nuno Bettencourt recalls leaving it out "was like cutting off my arm". Despite not being bound by the limitations of the CD format, the version of the album downloadable from iTunes also omits "Don't Leave Me Alone".
Finally, The Truth consists of a three-part opus, titled "Everything Under The Sun", ending the three-part album. This side nods to progressive rock not only in format but also in musical style, with changes in time signature and an intricate arrangement, featuring a 70-piece orchestra. Lyrically, the spiritual theme set up in the end of "Mine" is further developed and Christian imagery is very present. However, no final single "truth" is given — instead, the album builds up to a grand finale where the listener is left with a question: "Who Cares?".
Despite being considered Extreme's finest work by the band, most of their fans, and music critics, III Sides To Every Story was a commercial failure (only selling about 700,000 copies, compared to the double platinum Pornograffitti), since it did not feature a hit single such as "More Than Words", from its predecessor Pornograffitti (although the single "Rest in Peace" reached #1 on the Mainstream Rock chart, a feat which "More Than Words" did not accomplish). Also, the particular brand of hard rock that Extreme was known for was falling out of favor with the rise of the grunge movement around that time.
. 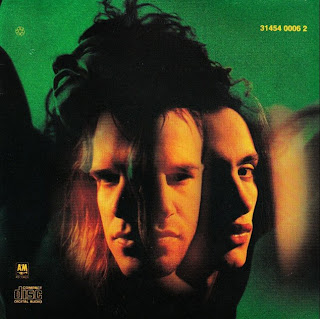 Most of III Sides was recorded at New River Studios, Ft. Lauderdale, Florida, and the orchestral parts were recorded at Abbey Road Studios, London. The use of Abbey Road may be perceived as yet another nod to the Beatles, besides the various lyrical references throughout the album: "Cupid's Dead" quotes a line from "A Day in the Life"; "God Isn't Dead?" quotes "Eleanor Rigby"; and "Rest in Peace" quotes John Lennon's "Give Peace a Chance". Pat Badger also used Paul McCartney's typical Hofner bass in the video for "Tragic Comic".
It was the last album with the band's original line-up: Gary Cherone, Nuno Bettencourt, Pat Badger and Paul Geary. Geary would later leave, to be replaced by Mike Mangini.
The seemingly strange use of roman numerals in the title is intended to denote "III Sides" as the band's third album and to continue the theme from their previous album, the full title of which was Extreme II: Pornograffitti.
The rip included here was taken from CD at 320kps and includes full album artwork.
.
On some CD editions of "III Sides To Every Story", the tracks comprising the "Everything Under The Sun" are indexed and played as one track, whereas on others they are indexed separately (ie. no break in the music between tracks). The version included here has the 3 parts separated.
.
Track Listing