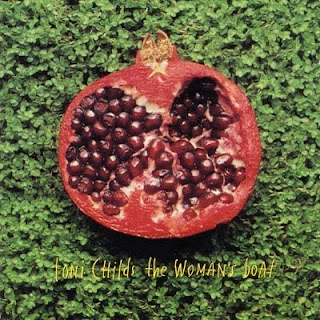 Toni Childs (born October 29, 1957) is an American singer-songwriter from Orange, California. She has released four studio albums and is best known for her songs "Don't Walk Away" (a Hot 100 hit in the United States in 1988), "I've Got To Go Now", a Top 5 hit in Australia in 1991, and the Emmy-winning "Because You're Beautiful (released as a single in 2004, and featured on her 2008 album 'Keep The Faith')
After the less successful critical and commercial fortunes of her second record, House of Hope, Toni Childs jumped labels from A&M to Geffen for her third release, "The Woman's Boat", in 1994. She also enlisted a new producer in David Botrill with whom Childs shares production credits. [extract from Wikipedia].
. 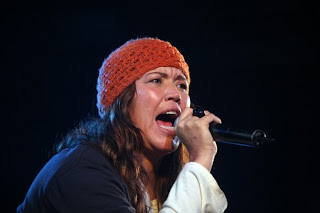 Recorded at Peter Gabriel's Real World Studios, The Woman's Boat features an impressive array of musicians including David Rhodes, Robert Fripp and Trey Gunn. The album itself is an ambitious song-cycle exploring the female perspectives from the heartbeats of the opening track "Womb" through the ten-minute confessional epic "Death," which closes the record (and both tracks concluding with the life giving cry of a baby) .
In between, there's the sonic rush of "Welcome to the World," which gracefully juxtaposes a mother's expression of fear and optimism to her unborn child, and the ominous tone of "Predator" expressing the darker side of human nature. The music edges Childs deeper into world music territory with its exotic instrumentation and rhythms.
. 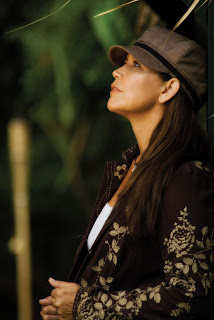 The Woman's Boat sounds a lot like Peter Gabriel's recent work (Us, Passion) and Kate Bush's more conceptual stuff (the second half of Hounds), with the difference being Toni's voice. It's very rough; Patti Smith or Marianne Faithfull rough. It gives her performance a pained intensity that makes listening to The Woman's Boat a little like watching childbirth. Maybe that was the whole idea, I don't know. And then there's the African angle that clearly forms a part of Childs collected but always seems to arrive with so much baggage. It's a heavy opus, like the pomegranate pictured on the cover a lot of work for a little bit of fruit. The Woman's Boat is a rich, complex and, occasionally, meandering work that, while failing to return Childs to mainstream success, does reward the listener. The single "Lay Down Your Pain" earned Toni her third Grammy nomination, for Best Female Rock Performance [extract of review by Tom Demalon, All Music Guide]
.
I wasn't really a big fan of Toni Childs until I heard this album. It was recommended to me by a friend and I was taken back immediately by the power and emotion that was contained in this record, I never get tired of listening to this 'concept album'.
I highly recommend you give it a go - irrespective of whether you have heard her other music.
The rip provided here was taken from CD at 320kps and includes full album artwork (with a slightly provocative inner gatefold). As this album was released on Cassette I figure it's inclusion on this blog is valid.  Enjoy.
.
Track Listing 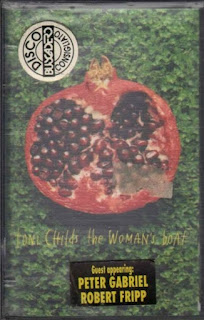