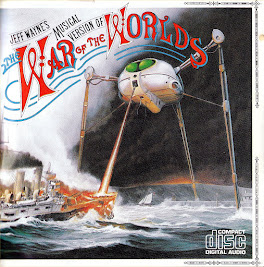 HG Wells was the Prophet of the novel, and chief pioneer of science fiction , in which genre he has never been surpassed. He foresaw what was in the air, tanks, and the atomic bomb. He was at one time probably the most widely read author in the world. Some of his most famous popular Sci Fi books were: The Time machine, The Invisible Man, The Island Of Dr. Moreau, The First men In The Moon, and The War Of The Worlds.

He was a visionary, but always a practical visionary. He viewed every problem in its universal aspect, yet ultimately from the standpoint of the plain untethered man whose champion he was. Abroad as well as at home, he was recognised as one of the greatest minds of the century, or as Anatole France styled him , "the greatest intellectual force in the English speaking world". 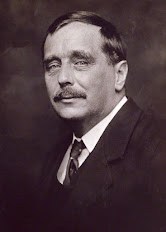 Besides science fiction, Wells wrote many novels on varying themes, but all of them reflected the dream of the ideal State., in which the intellectually gifted should rule with compassion and sensitivity for the needs of the common man.  HG Wells died on 13th August, 1946.

‘Jeff Wayne's Musical Version of The War of the Worlds’ was a 1978 concept album by Jeff Wayne, retelling the story of ‘The War of the Worlds’ by H. G. Wells.  With its rock and string orchestra, small cast of singers and using narration to carry the story, the two-disc album remains a bestseller, having sold millions of copies around the world.  As of 2009, it was the 38th best-selling album of all time in the UK. The following is a summation of the featured double album: 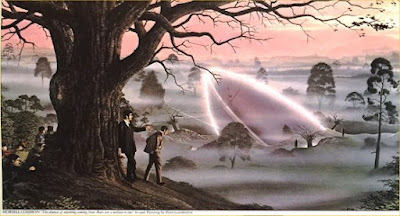 Sides one and two: The Coming of the Martians

In a prologue, the Journalist notes that in the late 19th century few people had even considered the possible existence of extraterrestrial life, yet planet Earth had in fact long been enviously observed by advanced beings.

The Journalist's account begins later that year, with the sighting of several bursts of green gas which, for ten consecutive nights, erupt from the surface of Mars and appear to approach Earth. Ogilvy, an astronomer convinced that no life could exist on Mars, assures the Journalist there is no danger. Eventually, something crashes onto Horsell Common, and in the resulting crater Ogilvy discovers a glowing cylinder, the top of which begins to unscrew. When this lid falls off, a Martian creature emerges. By now a crowd has gathered on the common, and when a group of inquisitive men approaches the cylinder they are incinerated by the Heat-Ray—an advanced Martian weapon. The Journalist flees with the crowd.

Later, hammering sounds are heard from the pit. A company of soldiers is deployed at the common, and that evening an injured and exhausted Artilleryman wanders into the Journalist's house and tells him his comrades have been killed by fighting machines—tripod vehicles built and controlled by Martians, each armed with its own Heat-Ray. They set off for London—the Journalist to ensure his lover Carrie is safe, the Artilleryman to report to headquarters—but are soon caught in a crossfire between soldiers and Martians and are separated. Three days later the Journalist arrives at Carrie's house but finds it empty. He resolves to escape London by boat and later catches sight of Carrie aboard a steamer, but the gangplank is raised before he can join her. Fighting machines then approach, threatening the steamer, but they are engaged by the Royal Navy battleship Thunder Child and two are destroyed. The steamer escapes, but Thunder Child and her crew are destroyed by the Martian heat-rays, leaving England defenseless against the invasion.

Sides three and four: The Earth Under the Martians

The wandering Journalist discovers that red weed—the vegetation that gives Mars its colour—has taken root on Earth and spread rapidly across the landscape. In a churchyard, he encounters the Parson Nathaniel and his wife Beth. The trio takes refuge in a nearby cottage that is soon surrounded by black smoke—a Martian chemical weapon. Nathaniel, driven mad by his horrific experiences of the Martian attacks, blames himself for the invasion and believes the invaders are demons arising from human evil. As Beth attempts to restore his faith in humanity, a Martian cylinder crashes into the cottage and she is buried under the rubble.

The newly arrived Martians construct a handling machine: a squat, spider-like vehicle used to capture and collect humans. After nine days hiding in the ruins, the Journalist and Nathaniel see the Martians 'eating'—harvesting human blood and injecting it into their own veins. Nathaniel resolves to confront the 'demons', believing that he has been chosen to destroy them with his prayers and holy cross. The Journalist knocks him unconscious to silence his ravings, but the Martians are already alerted. A mechanical claw explores the cottage and drags Nathaniel away.

Eventually, the Martians abandon their camp and the Journalist continues his journey to London. He again encounters the Artilleryman, who is planning a new life underground that would allow humans to evade the Martians and ultimately strike back with reverse-engineered fighting machines. The Journalist, however, realizing the Artilleryman's ambitions far exceed his abilities, soon leaves. Upon reaching London, he finds the city desolate and empty. Driven to suicide by intense despair and loneliness, he surrenders to a fighting machine but realizes it is inert, the Martian inside dead.

In the first epilogue, the Journalist reports that the Martians were defeated by Earth's bacteria—to which they had no resistance—and that, as humanity recovered from the invasion, he was reunited with Carrie. But, he says, the question remains: is Earth now safe, or are the Martians learning from their failures and preparing for a second invasion?

In the second epilogue, set 80 years later, a NASA mission to Mars flounders when the control centre from Pasadena loses contact with the unmanned spacecraft. The controller sees a green flare erupt from Mars' surface. The controller tries to contact NASA, but all communication seems to have been blocked. This leaves a question mark of what's going to happen and the fate of the earth, with the possibility of a second Martian invasion. 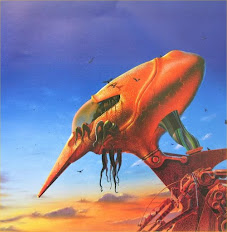 Jeff Wayne originally commissioned Roger Dean, best known for his work for the progressive rock band Yes, to produce the artwork for the album. After Dean produced some designs, Wayne felt the work did not quite fit for what he had in mind, and proceeded to look elsewhere. He approached John Pasche, who went on to design the logo on the front cover, and direct the overall design of the record's sleeve which features paintings from three artists: Geoff Taylor, Mike Trim, and Peter Goodfellow. Dean adapted his unused designs for the album for the packaging of the 1987 shooting video game Terrorpods. 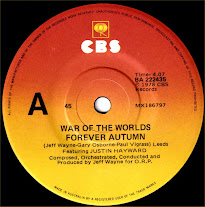 This post consists of FLACS ripped from CD and includes full artwork for both CD and Vinyl releases. I bought my vinyl copy when this double album was first released and at the time was under the impression that Jeff Lynne (of Electric Light Orchestra) was involved with the production. But of course I was mistaken and it was in fact Jeff Wayne. Irrespective, I loved the album (both the music and Sci Fi connection) and played it to death. Of course, Moody Bluesman Justin Hayward's involvement and hit single "Forever Autumn" was also a drawcard. I have consequently decided to include the Single edit of this great track as a bonus track. If you haven't heard this album, then you need to do yourself a favour and download it now before it is too late.

Hang on......what is that weird scrapping noise I can hear coming from that strange disc object that appeared last night, in the vacant block next door. Oh my God!...................the Martians are bac....
Track Listing 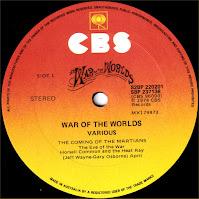 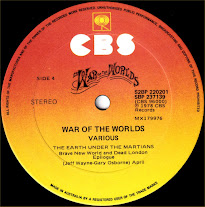