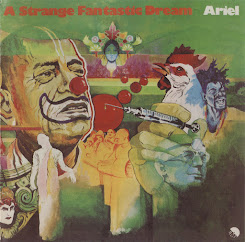 From the cinders of two of Australia's more important rock bands - Sydney's Tamam Shud and the legendary Spectrum from Melbourne - rose Ariel, an eclectic art-pop group that was the child of guitarist/singer Mike Rudd [born in New Zealand] and bassist Bill Putt. Upon the dissolution of Spectrum, songwriting partners Rudd & Putt formed the new band consisting of Nigel Macara (drums), John Mills (keys), and Tim Gaze (voice, guitar) in 1973. They secured support on EMI's progressive label Harvest, producing debut 'A Strange Fantastic Dream' in November '73, probably their most consistent Prog rock album featuring complicated arrangements and spirited performances. Despite the controversial drug-tinged cover, the album reached #12 on the Aussie LP charts in 1974.
Peter Dawkins, Ariel's first Producer recalls:
I remember being locked away in EMI Sydney's new Studio B (new in '73)and feeling that we had something special. Ariel had been born of the remnants of Spectrum when Mike Rudd and his long-time buddy and bass player, Bill Putt, had added to their line-up Sydney guitarist Tim Gaze, whose compositions, singing and playing complemented Rudd's unusual vocal and guitar playing style. Also a crazy Canberra keyboard player John Mills, who experimented on the original Mini Moog, and Nigel Macara, an amazing drummer whose humour, like his drumming, nearly always hit the spot.
The album was recorded on a 16 track Studer 2" on an EMI console, one of the last ever produced by Abbey Road. Due to tight economy, the desk came minus some of its key components, such as high and low pass filters and noise gates. For this reason we chose to record all the tom fills as overdubs.
Even now I feel the album as a great piece of recording. I was pleased when Jamaican Farewell won the FACB Award as single of the year. To make our day, EMI international President Allen Davies fell in love with the album and he told me, "I can't recall ever hearing a song about necrophilia!" (from Confessions of a Psychopatic Cowpoke). It was because of his enthusiasm for 'A Strange Fantastic Dream' that the band was invited to tour the UK and record their next album at Abbey Road.
Twenty-eight years down the track, A Strange Fantastic Dream remains high on my list of personal favourite productions. (Peter Dawkins, Sydney 2001) 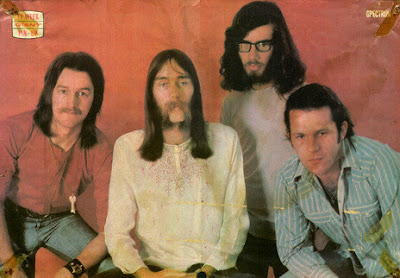 Listening Back, Think Again - Ed Nimmervoll comments:
The two groups Mike Rudd and Bill Putt will always be associated with are Spectrum and Ariel. For a long time I thought of them as very separate entities. Spectrum died, and out of its ashes Mike and Bill emerged with a new band, with a new repertoire and new comrades in arms, Ariel. 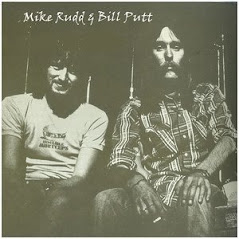 Decades on, I had occasion to rethink that history. A night had been arranged where interested people were invited to watch a collection of television performances by both Spectrum and Ariel during those bygone years. It hit me then that the divide between Spectrum and Ariel was never as great as I'd imagined it to be, and what emerged was not a fragmented history, but a body of work that started with Spectrum, and continued on through Ariel and beyond. Listen to this first Ariel album in that light.
Spectrum had seen Mike Rudd and Bill Putt from their R&B roots (Chants R&B for Mike, the Lost Souls for Bill) through music's "rock as art" years. 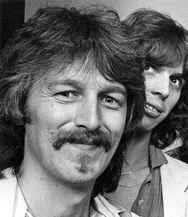 By 1973 a new wind was blowing. For all their make-up, glitter and stacked boots T.Rex, Slade, Gary Glitter and even Status Quo represented a rock and roll revival. At the same time in Melbourne, in a turbulent few weeks a number of musicians seemed to step out of their current situations through a revolving door, and in the shake-up three new bands emerged, Mighty Kong, The Dingoes and Ariel. Tamam Shud members Tim Gaze and Nigel Macara came from Sydney to join what became Mighty Kong and ended up with Mike, Bill and John Mills from Spectrum in Ariel.
It was a good place to start fresh, with a new name and a completely new set of songs. Quickly they recorded 'A Strange Fantastic Dream'. A strong fantastic start for a dream band. There would be two more Ariel studio albums, with very different line-ups around Mike and Bill. Always Mike and Bill. Looking back, there is also a significant continuity in the music they've made together. (Ed. Nimmervoll 2002) 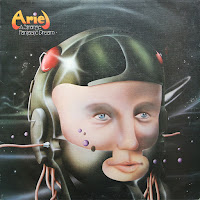 This post consists of FLACs ripped from CD and includes full album artwork for both CD and vinyl. It should also be noted that this album was released with 2 distinctly different covers, the second cover is  shown on the right, which was released on the Harvest label. Label scans and featured photos are also provided. Interesting Note: According to Noel McGrath, this album was the first use of Moog synthesizer on an Australian rock record.
Track Listing:
01 Jamaican Farewell  2:50
02 No Encores 3:47
03 Confessions Of A Psycopathic Cowpoke  4:43
04 And I'm Blue 2:51
05 Garden Of The Frenzied Cortinas 7:46
06 Miracle Man 5:29
07 Chicken Shit 4:23 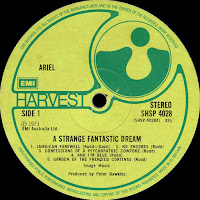