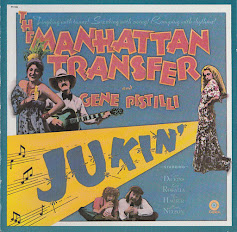 The Manhattan Transfer are one of the more unique and innovative vocal groups of the last several decades, the quartet flitting from genre to genre with even more frequency than Joe Jackson, doing everything from jazz, R&B, and straightforward adult-contemporary pop to doo-wop, swing, and even world music, yet having a trademark four-part-harmony sound that keeps even their most left-field stylistic excursions still very much identifiable as an album from the group.
Though they peaked commercially in the early Eighties and haven’t scored a major crossover hit since 1983’s “Spice of Life,” sadly rendering them mostly little-known among younger music listeners, they continue to release fabulous discs and they remain highly-respected in the music industry, attracting such high-profile legends on their albums as Stevie Wonder, Ringo Starr, Smokey Robinson, and even the late, great Laura Nyro. They’ve garnered twenty Grammy nominations over the years, winning ten of those trophies, and they’ve also been inducted into the Vocal Group Hall of Fame. 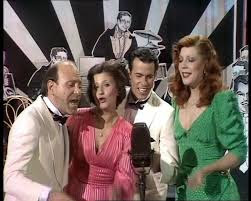 Their first album Jukin’ received little notice, and the group soon dissolved. However, after meeting vocalists Laurel Massé and Siegel, Hauser decided to reform the act. Once mutual friend Paul joined, they relaunched Manhattan Transfer in 1972. A car accident led to Massé’s departure; Bentyne replaced her in 1979, and the lineup remained intact throughout the rest of their careers. While they had some minor hits with Massé (including the gospel tune “Operator”), it was their 1979 vocalese cover of the Weather Report’s “Birdland” that brought them international acclaim. 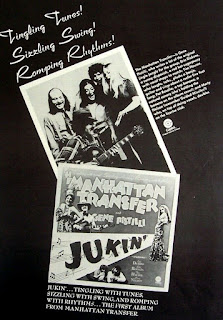 Album Review
No be forewarned: this debut LP from the group is quite literally the work of almost an entirely different group. Tim Hauser is the only band member here who would go on to appear on any of the albums that would follow, and even he plays a relatively minor role here, the disc serving as more of a showcase for singer/songwriter Gene Pistilli, who had a hand in writing five of the ten tracks and takes most of the lead vocals. Nothing on this album would be kept in the band’s later stage repertoire with the exception of “Java Jive.”
There’s also little on this LP that qualifies as jazz except for possibly “You’re a Viper.” Instead, the band tries on a variety of styles from the country-rock of “Rosianna,” the pure country of “Fair and Tender Ladies,” and the soft-rock of “One More Time around Rosie” to the doo-wop of “Guided Missiles,” the vaudeville of “Sunny Disposish,” and the Bobby Sherman-like pop of “Chicken Bone Bone.” It’s awfully schizophrenic, and the band doesn’t seem to have any clear idea what they are. Hauser would wisely bring a greater focus to the group upon re-forming it, dispensing with the experiments in country and rock and placing a greater emphasis on doo-wop, pop, and jazz without any of the irony that crops up on this disc, and the change gave the group a much more distinct and unique identity. Naturally, this is an unbelievably strange disc to listen to if you’re already familiar with the group’s later work, but it’s not dreadful – just different. Very different.
[extract from thegreatalbums.com]

Jukin' has been described as "a bit rugged and unpolished but with a sense of humour". It is a collection of eclectic styles (primarily big band swing plus country, rock, pop) featuring a tremendous range of vocals and instrumentation. The production of this album is beyond words. In my opinion, it presents a great opportunity for young musicians to experience music that they would never be exposed to through the normal mediums of radio and video. I'' let you be the judge.
This post consists of FLACs ripped from my vinyl, another amazing find at my local flee market. Although I had heard of this band I'd never really explored their music until now. I'm glad I picked this LP up (for a bargain I might add) as the diversity in musical styles on this album is amazing and so refreshing. If you are looking for something different, then JUKIN' is for you. Full album artwork and label scans included.
Note: Although the album was recorded in 1971, it wasn't released until 1975.
Tracklist 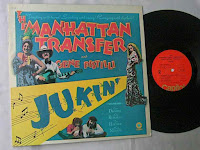