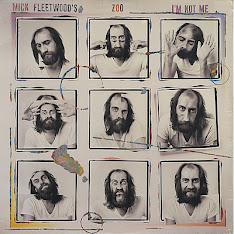 Having played with Peter Green in an early conception of of Fleetwood Mac playing R & B and then later with Stevie Nicks and Lindsey Buckingham in the more contemporary group, Mick Fleetwood formed his own band called  'Mick Fleetwood's Zoo' in 1983 and recorded the LP 'I'm Not Me'. The album featured a minor hit, "I Want You Back", and a cover version of the Beach Boys' "Angel Come Home". A later version of the group featured Bekka Bramlett on vocals and Billy Thorpe on guitar and recorded 1991's Shakin The Cage.
This home-recorded Mick Fleetwood project, is neither a solo effort nor a Fleetwood Mac knockoff — though, admittedly, there are moments when I’m Not Me can sound like his main group. Instead, more often than not, this short-lived quartet has its very own feel — well, a bunch of them, really. 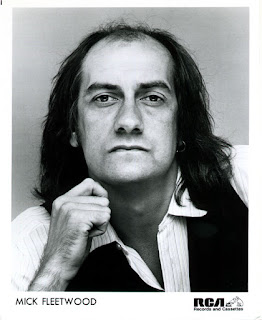 Of course, Fleetwood Mac diehards appreciated the long-awaited reissue on CD in 2012 through Real Gone Music, because it includes “I Want You Back” — a lost minor hit that Lindsey Buckingham co-wrote and shared lead vocals on. Three tunes also feature lead vocals by Billy Burnette, who recorded and toured with the band for eight years during a Buckingham hiatus. “This Love” was co-written by producer Richard Dashut, who worked in a similar role on Fleetwood Mac’s Rumours, Mirage, Tango in the Night and Time — and co-produced a pair of solo projects with Buckingham, as well. Christine McVie also adds background vocals.

The main group, which included Fleetwood, Burnette, guitarist/vocalist Steve Ross (Men at Work,
Beach Boys) and bassist Roger Hawkins (Kenny Loggins, Aretha Franklin) had, in fact, initially
been assembled to back Buckingham during a February 1982 solo appearance on “Saturday Night
Live.”
Something clicked, and the group repaired to the studio to knock out some tracks. In keeping, “I Want You Back,” arriving as it does between Mirage and Tango in the Night, could have
easily fit into either of those contemporary Fleetwood Mac efforts. But, really, I’m Not Me is far too
layered and complex, too much of its very own thing, to be lumped together with Fleetwood’s more
celebrated work there.
Zoo, in fact, had three of its own credible frontmen — and each of them adds his own texture and
personality to the proceedings: Ross’ sleek take on “You Might Need Somebody,” an amiably
grooving slice of blue-eyed soul, segues into Hawkins’ snarling stadium-rock number “Tonight.”

Burnette’s country-blues title track sits alongside “State of the Art,” a riffy pop-rocker from Hawkins, which is then followed by Burnette’s brawny take on the mid-1950s gem “Tear It Up” — co-written by Burnette’s father Dorsey, an early-rock pioneer. 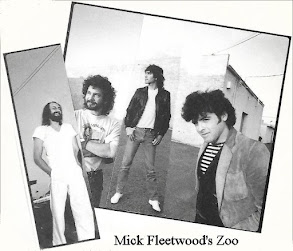 Burnette’s sensitive rendition of “Angel Come Home,” a tune Dennis Wilson wrote for the Beach
Boys, frames up the album’s low-key vibe perfectly, with its ear-tickling, off-the-cuff combination
of rough rockabilly, soaring So-Cal backing vocals and propulsive power pop. Heck, Ross steals away from his own emotional ballad “I Give” at one point to front a galloping version of Lloyd Price’s “Just Because.” It’s that kind of record — loose and lots of fun. In fact, Fleetwood doesn’t even play on “I Give,” and only adds the lightest of percussion to “Put Me Right,” Hawkins’ album-closing tune. That’s how little ego there was surrounding I’m Not Me.

Unfortunately, this was the only album this quirky, deeply underappreciated quartet ever managed.
Fleetwood Mac resumed a few years later, and when Fleetwood jump started Zoo again in the early 1990s, it was with Billy Thorpe, Bekka Bramlett and Greg Wright, among others.
[extract from somethingelsereviews.com] 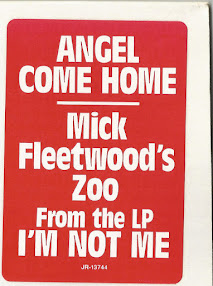 A few years ago Mick Fleetwood was playing to sold-out stadiums as drummer of the band named after him, Fleetwood Mac. Last night, however, Mr. Fleetwood's Zoo barely drew enough fans to fill one of the Bayou's two levels.

After what seemed an interminable wait, during which the audience was subjected to an unrelenting string of new wave dross and the testing and retesting of the group's equipment, the band took the stage to understandably ambiguous responses. Within moments, though, the crowd was won over completely by this four-piece outfit's catchy synthesis of blues and folk-rock influences.

The other three members provided tight, tuneful vocal harmonies and impressive, no-nonsense guitar and bass. Fleetwood was content doing what he's done best for so long--supplying supple, sympathetic percussion. When called for, his drumming was punchy and to the point, pure primal stomping Charlie Watts would envy. Whenever possible, though, he added sprays of tubular bells, herky-jerky counterpoint rhythms and Third World beats that made the ordinary tunes sound special and the extraordinary ones seem even more so.

Most of the selections taken from the new album, succeeded exceptionally well, mixing a strong sense of rock tradition with the sort of colorful, crowd-pleasing flair you'd expect from an artist of
Fleetwood's status and caliber. [www,washingtonpost.com] 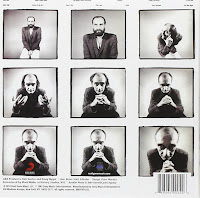 This post consists of FLACs ripped from Cassette Tape release (plays like a charm without any sound  degradation or speed issues).  Of course, full LP artwork  is included (thanks to the best that DISCOGS can offer) and of course a scan of the cassette cover.  I had to laugh when doing this as i thought there were imperfection marks on my cassette cover until I saw scans of the vinyl equivalent, and released they were part of the design.  Hope you enjoy this 'interlude' in Mick's musical career and find it as refreshing as I did when I first listened to it many, many moons ago.
Track Listing
01 Angel Come Home 4:15 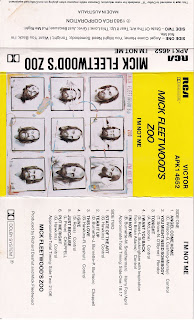