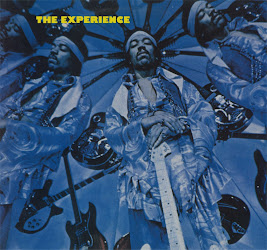 Recorded March 19 Tuesday, 1968
2nd Show
Capitol Theatre,
Ottawa, Ontario, Canada
Not only is this a good show, but one of the few soundboard tapes from the Jimi Hendrix Experience's  North American Tour. Apparently taped by Jimi himself, it sounds excellent. It's the first complete North American show on soundboard since Monterey,. There isn't another soundboard until Miami (and it's only 4 songs), except of course for the infamous Scene Club and Cafe Au Go Go (March 17, 1968) jams. After that, Woburn (insert Twilight Zone theme...)

"Tax Free" is growing longer each time out- now around 10 minutes (almost half again as long as DC Hilton a week before)... "Red House" much longer now (almost 10 min). Jazzier middle section now developing, and I believe it's the first outing for the interlude where Jimi 'slaps'(a drumstick?) the chords rather than strums them. The recording quality really shines on the guitar sound on this one- it's like sitting in front of the Marshalls and you can hear every detail and nuance of his blues technique and clean tones...

"Spanish Castle Magic", on the other hand, has yet to become the jamming vehicle it would be in the 69 shows. Less than 4 minutes, this is only the 5th documented performance of SCM. Jimi's voice sounds great on this- maybe he can hear himself for once because he doesn't seem to be straining and the crisp recording reveals all kinds of little inflections and joking asides that would be lost in most audience tapes... 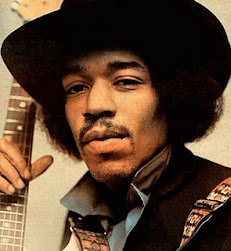 The last track of the 2nd show, "Wild Thing", is cut short, running at only 33sec (Jimi's tape recorder simply ran out of tape).  Most earlier versions of the 2nd show (like this one) don't include this track, and to be honest, including it would be futile and frustrate the listener.

This show's a must have and is available on a number of other boots (Gone But Not Forgotten, Canadian Club, Thanks Ottawa For The Memories., Super Concert 68, Live in Ottawa, Ottawa 1968 and others) 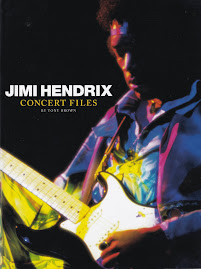 Concert Transcript
The Experience perform two shows at 18.00 and 20.30, supported by Soft Machine. This recording comes from the 2nd show.
During their first show, they perform 'Sergeant Pepper Lonely Hearts Club Band', 'Fire', 'Foxy Lady','Red House' and 'I Don't Live Today'.
After the MC introduces the Experience for their second show, they launch straight into 'Killing Floor'.
After the song, Jimi announces: "Yeah we're having slight difficulties with the equipment, so please hold on for one minute okay, just one second. I hate to bring my own self down with this raggedy equipment, I can tell ya..." The problem is temporarily sorted out, and Jimi continues with 'Tax Free', before announcing "a song called 'Let Me Stand Next To Your Old Lady ...I mean 'Let Me Stand Next To Your Fire'; it is the same thing, you know.
At the start of the song, just as Jimi is counting the band in, loud voices come through the bank of Marshall amplifiers. Jimi apologises to the crowd, but continues the song anyway. The voices come through the amps again and Jimi responds with "Oh man, shut up, man. Anyway, we'd like to do a blues called 'Red House'. This is on the English LP.  I'd like to do if for you now in 1948. "This song is followed by 'Foxy Lady', then Jimi announces: "I'd like to try to continue on and... do a thing that was recorded back in 1778... It was very hard for us to record in those days, very, very hard indeed to find a studio. But dig, we found it some kind of way. And now {we've got} a brand new psychedelic version of it. Brand new, spanking new, new era type of thing.  Yeah we put a 1948 rearrangement on it and it's really outta site man, you should hear it. It goes something like this here."

Jimi continues with a version of 'Hey Joe' that includes the new introduction he has been adding. "Yes, we'd like to try a thing called 'Spanish Magic', eg 'Spanish Magic Laffish', yeah, written by Henry
Schwartz..."
Jimi has been taping the show himself and now suddenly exclaims, "Oh the tape's gonna run out!" He comments to the audience: "You all just clapping just because you know there a tape recorder running. You don't want us to feel embarrassed when we play it at home to our girlfriends..." The audience responds with loud cheering and clapping.  Jimi comments in a loud voice: "Thank you very, very much, thank you very much, we really didn't... we didn't deserve that really, thank you very much though, I really dig it. So I d like to go ahead on and do 'Spanish Castle magic', to see if we can get our heads together. Afterwards Jimi comments "There's a cat over there...Anyway, he said we have two more numbers to go. so I'd like to say thank you very much man, it's really been a groove and, er, you all really had nice patience' which, er, which is really handy. Thank you very much for letting me, you know get my kicks here and there too. 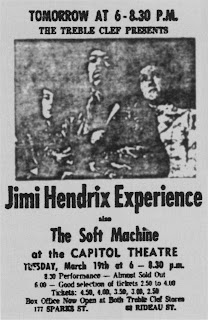 Now we'd like to play our world-famous song before we get into our last two songs. It's a thing called 'Tune up time blues' part two'." Just then, a roadie tells Jimi that one of his amplifiers is broken. He comments to the audience, in a Bill Cosby voice: "Man, my amplifiers broken' Man' 'em amp's broke, well I can't play my guitar now... It's a drag, man. Hey man' what you wanna break my amp like that for' man? Can you all dig Bill Cosby? He's really outta site."
Meanwhile, Jimi is trying to tune his guitar and jokes with the audience: "Next we're gonna have on stage with us a jam session with three peanut butter and jelly sandwiches and give 'em out to the winners' Still having problems Betting his instrument in tune'
Jimi picks up the Bill Cosby theme again: "Oh yeah, the cat..' there's a certain person in the audience"' how about a big hand for Bill Cosby sitting over there?
How about a big hand for Bill Cosby' come on!
Oh, wait a minute"' Oh, I'm sorry lady, I'm sorry lady, I didn't oh" She spat in my eye man"
Now tuned up, Jimi hits the harmonics on his guitar and starts a wild introduction to 'Purple Haze'. At the end of the song' he changes guitars - this makes the amplifiers whistle badly. His guitar is out of tune again, and, exasperated' he comments: "'Wait a minute, wait a minute man this really is a hang-up"' He asks Noel to play an A so that he can tune his guitar' but when he hits the A string it is completely out of tune, and Jimi quips, "Oh that is definitely not an A there' I mean, common sense would tell anybody that". 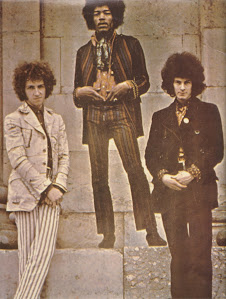 He continues to tune his A string and tries to sing the same note simultaneously' joking: "Oh wow... I think I'll make a record! That'll be cool: sing on it too'" Jimi proceeds to sing 'Rock Me Baby in a comedy voice. "Oh yes, yes that's it' Oh yeah, you remember those days too, hey?" The audience responds with cheering and Jimi replies: "Yes, thank you very much, yes. For those of you who can't see us tonight, er, they were clapping because I did a little trick with my guitar".
Finally, Jimi repeats his monologue about the group's international anthem for soldiers returning from Vietnam' with M16 machine guns and all this, M16 and hand grenades and tanks all on their backs and stuff. That if they came home with like, er, feedback guitars" That's better than guns, I can tell You" Jimi Plays a big feedback note and comments: something like that, I think I'd dig that. And anyway we wanna dedicate it to the feedback family and, er, all the human beings and You People'  Ending with a mock plea of "Please join in because I've forgot the words." Jimi concludes the evening with 'Wild Thing''. [extract from Jimi Hendrix Concert Files, Omnibus Press, 1999. by Tony Brown, p 86-87]
This post consists of FLACs ripped from my 40 year old 'mint' vinyl - purchased at Melbourne University's weekly market, if my memory serves me right.  This is of course one of my prize bootlegs in my record collection, and thought I should finally share it with you. Full album artwork and label scans are also included. 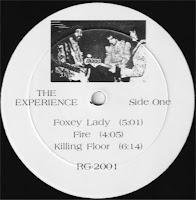