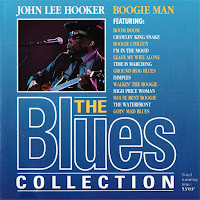 Legendary blues guitarist John Lee Hooker, born in the American state of Mississippi was originally taught to play the guitar by his stepfather.

At the age of 14 he ran away from home and settled in Memphis, before moving on to Cincinnati where he lived for the next ten years. It was during this period that he sang with local gospel quartets.

In the early Forties Hooker moved on to Detroit and began to play in the jazz and blues bars and clubs that abounded in the Michigan city. He developed a destructive guitar style, which eventually brought him to the attention of several record company people, and in 1948 he made his first recording, "Boogie Chillun".

Hooker recorded prolifically over the next few years, usually solo but occasionally duetting with other musicians. During the late Forties and early Fifties he recorded for Modern Records and released such classic records as "Crawling King Snake", "In The Mood", "Rock House Boogie" and "Shake Holler And Run". Hooker also made many recordings using pseudonyms including Johnny Williams, John Lee Booker, Johnny Lee, John Lee Cooker and Texas Slim.

In the early Sixties John Lee Hooker's music was cited as a big influence by several of the up-and-coming pop groups of the day, including The Rolling Stones. This focused new interest on his career and he found himself in demand for tours and new recordings. In the early Seventies he teamed up with US boogie band Canned Heat to release an album called Hooker'N' Heat, which was well received by both the fans and critics.
Hooker's popularity among the R&B fraternity continued through the Eighties. In 1989, he released 'The Healer', a critically acclaimed album that featured guest contributions from Carlos Santana, Bonnie Raitt and Los Lobos. lt helped introduce Hooker's music to a new generation of fans. The album has since become one of the biggest selling blues albums of all time. 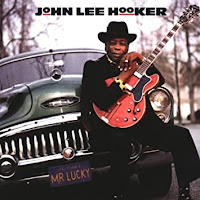 John Lee Hooker continues to command the respect of many of his younger fellow rock and blues artists. His music has timeless appeal and will be played for many more years to come, as this new collection proves. Listen to Hooker's interpretations of "One Burbon, One Scotch, One Beer" & "Crawlin' King Snake" for example, and you will understand why he has become such a blues music legend.
It is also worth noting that George Thorogood did a great cover of "One Burbon, One Scotch , One Beer" while the Doors did their own brilliant take of  "Crawlin' King Snake" on their L.A Woman album. 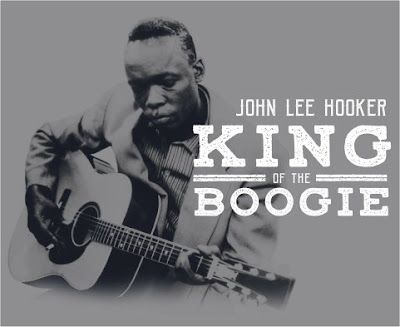 This post consists of FLACS ripped from the CD release and sadly the 'Blues Collection' releases (#1 being Mr Boogie Man himself) were never released on vinyl.  However, because it was released on Cassette Tape, I figure it deserves a place on this blog and I hope you agree.   Full album artwork for both media are included along with heaps of Boogie & Blues.  Enjoy!
.
Tracklist
01 Boom Boom 2:31 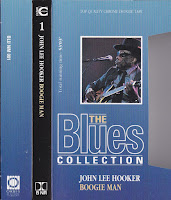