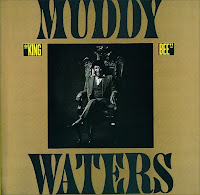 Muddy Waters was the King of Chicago Blues, a huge influence in his own community and, in later years, to generations of white musicians who recognised his eminence. Born in Mississippi (real name McKinley Morganfield) in 1915, Waters learned harmonica and guitar, the latter from the work of Son House and Robert Johnson. Moving to Chicago in 1943, he kept company with Sonny Boy Williamson and Big Bill Broonzy. 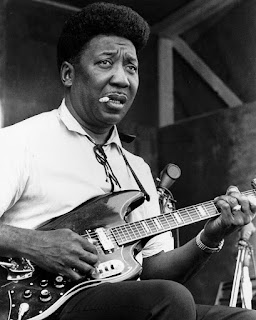 His appearance at the 1960 Newport Jazz Festival presaged the Sixties blues boom and he spent the decade touring Europe and the USA. 'Fathers And Sons'  (1969), with Paul Butterfield and Mike Bloomfield, and 'The London Sessions' (1971), with Steve Winwood, Rory Gallagher and Mitch Mitchell, emphasised the esteem in which he was held by his younger adherents. 'Hard Again' (1976), produced by Johnny Winter, revived a then flagging career. 'I'm Ready', (1977), 'Live' (1978) and the featured album 'King Bee' (1980) were an extended swansong for a much-loved and gracious character. Muddy Waters died in Chicago in 1983.  [Extract from The Ultimate Encyclopedia of Rock, Carlton Books 1994, by Michael Heatley, p27]

Review
After a long career that lasted from the 40's, Muddy Waters recorded his last album in 1981, with the title "King Bee", after a song written by Slim Harpo, which is also the first track. This would be the third studio album recorded under the Blue Sky/Sony label with guitarist Johnny Winter (the first being Hard Again and the second I'm Ready).

However, not everything was rosy as previous albums. By this time, Muddy's health was beginning to deteriorate and due to this, less live performances were made. This didn't fare well with his bandmates (including Bob Margolin, a great guitarist in his own right), because they needed the gigs to make money. The sessions were filled with tension, and to this, not many new songs were recorded. Instead, unused material from Hard Again were used alongside the couple of songs that were made. 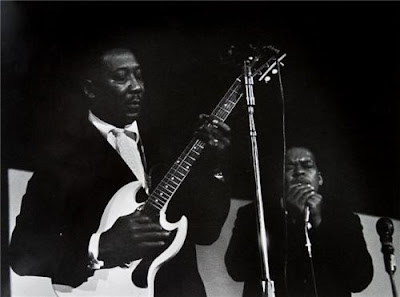 This reflects the overall quality of the music, even though it sounds superb, but the rawness found in the first two seems absent. This one feels more somber... especially on songs like "Sad, Sad Day" which features an amazing guitar solo by Johnny Winter.

There's an acoustic "throwback" number as well, on "Feel Like Going Home" with Winter playing on a National Steel resonator guitar; the final result is not as tight as "Can't be Satisfied" from Hard Again. (This song was used from those sessions).

One of the new standout tracks is "Champagne and Reefer", which Muddy wrote to please the younger crowds (See the video below).

On the 2004 Deluxe Edition, two more tracks were added: "I Won't Go On" and "Clouds in my Heart" which add more value. I wouldn't recommend to start your collection from here, but it's still got some great blues.  [thanks to speaktheblues.blogspot.com]
. 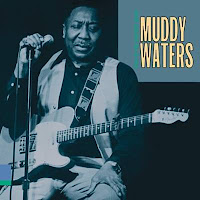 Liner Notes
King Bee was Waters’ last studio recording, comprised of sessions conducted in May 1980, augmented with out-takes from the sessions for 1977’s Hard Again release. This expanded reissue edition of King Bee has been remastered and features two additional bonus tracks, both out-takes from 1977’s Hard Again sessions that were not included on the original 1981 album release.

In the late 1970s Johnny Winter produced four albums of new recordings by Muddy Waters – Hard Again, I’m Ready, Muddy “Mississippi Waters-Live and King Bee. There were some new songs written for the sessions, some new covers were recorded and some of Muddy’s older songs were revisited with updated arrangements & renewed vigor. This time period marked an upsurge in Muddy’s career in general, but also effectively closed out his recording career with the King Bee release.

King Bee was made at a time when Muddy’s long-time 1970s era band was breaking apart, mostly due to financial/managerial pressures. It was the last album he made with Luther Johnson, Bob Margolin, Pinetop Perkins, Jerry Portnoy, Calvin Jones and Willie Smith, who would leave Waters shortly after finishing the album to form The Legendary Blues Band (minus Pinetop Perkins.) 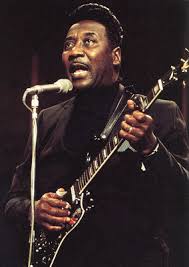 In general, the songs on King Bee are deeper, more mournful sounding, than on the previous Johnny Winter-produced albums. Where the other albums were bathed in a positive “let’s party” vibe, King Bee was recorded during a period of band-management turmoil and the declining health of Muddy. Don’t take that to mean that the songs on King Bee are bad; they are most certainly not. They just have a more melancholy feel to them – deeper blues, if you will.

1) I’m A King Bee
Very powerful; it’s obvious that blues MEN are performing here. It’s about as far from Slim Harpo’s version as you will get & still have a recognisable cover. Then again, it’s really done in Waters’ rugged style so it’s barely a cover tune anyway.

2) Too Young To Know
Mid-tempo hard, deep ensemble blues. The remastering on this album allows the listener to hear every musician – very nice.

4) Forever Lonely
A slow blues. Knowing what was going on in Muddy’s life at the time, it’s easy to imagine that turmoil influencing his vocals on this track. Muddy sings this with passion and Johnny Winter plays some great guitar solos. The band nailed this one! 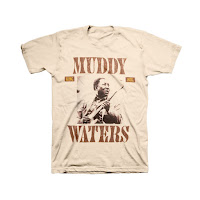 5) I Feel Like Going Home
An acoustic slow blues track that was actually an unused out-take from the Hard Again sessions. Muddy is on vocals, with Johnny Winter & Bob Margolin on acoustic guitars, Willie Smith on very spare percussion. It’s a nice side of Muddy’s repertoire that he didn’t show much after the early 1950s. The deep acoustic blues is really Muddy’s roots – check out his Library of Congress-Lomax recordings for proof.

6) Champagne & Reefer
This is a slow shuffle that is an ode to two of Muddy’s favorite “mood enhancers”. One story goes that after Waters’ doctor told him he had to quit drinking whiskey, he (Waters) decided champagne would be OK as a substitute. And when he wanted to get really mellow, well…

7) Sad Sad Day
This is another slow blues – Muddy loved ‘em. Waters’ baby picked up and went away...and it made him so so sad. There is some stinging slide work on this one; it makes you feel Muddy’s pain.

8) (My Eyes) Keep Me In Trouble
This song moves along at a faster tempo than the last few songs. There is a squalling harp heard throughout, strong guitar attack and a slightly disjointed feel to the whole thing. That disjointed feel makes me like it even more. This song has a good country juke-joint feel. 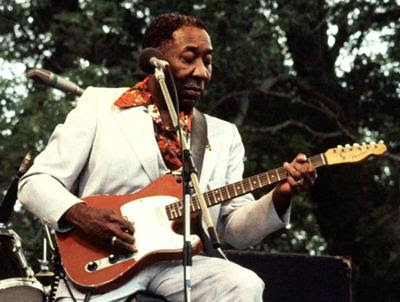 9) Deep Down In Florida
We’re slowing down again; put on your waders, as there’s deep blues ahead. This has some of that disjointed, juke vibe – so you know I like this song. Again, the remastering has done wonders for this album. Just to let all of you know, even if I say the vibe is disjointed, the playing is not. True ensemble blues – does it get any better than that?

10) No Escape From The Blues
This song was the set closer on the original LP release of King Bee. It’s a mid-tempo shuffle, Chicago-style.


The Verdict:
While not the first place to start when getting into the music of Muddy Waters, King Bee is definitely worthwhile and is a solid album. If you enjoy deep blues, tough ensemble playing and passionate singing then you will certainly enjoy this album. Make sure to pick up the 2004 CD remastered edition of King Bee, as the sound is much improved over the original, and two bonus tracks are included (one of which, Clouds In My Heart, may be the best song on the CD) 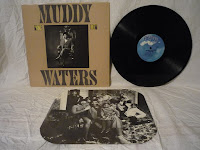 In addition, Bob Margolin’s informative liner notes are almost worth the price of the CD on their own.
.
This post consists of FLACs ripped from my CD release of this album. Includes full album artwork for Vinyl / CD and label scans as per usual. I haven't posted a lot of blues albums on this blog, so this Muddy Waters release will help to fill the gap.
. 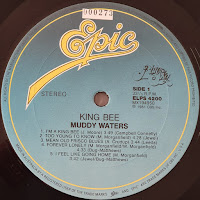