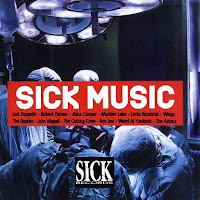 The inspiration for this somewhat 'average post' comes from a recent 2 week stay in hospital for which I was only released 5 days ago.  Several operations later and a 12 month battle with Bowel Cancer has resulted in a good prognosis for which I am very grateful, especially to a wonderful medical team consisting of surgeons, oncologist, radiologist and gastroenterologist.

During this time, I have been able to maintain this blog as best I could although the number of posts has dwindled more recently, requiring me to schedule postings in advance for those times when I have not been in front of my trusty computer and research materials.
The obvious theme for this post is centred on 'Bad Health' and songs related to this theme have been drawn from my collection for this very SICK compilation (pun intended).
. 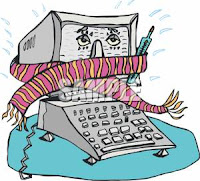 I have only included songs with a minimum quality of MP3 (320kps) along with custom made cover artwork. There is a wide variety of music genre on this homemade compilation, yet all songs have a common theme of 'bad health' and are mostly well known. The one band that you may not be familiar with is the 'Cold Chisel sound-a-like' band called Koritini, an Australian band formed in the early 2000's. The remaining tracks and bands should be familiar to you, closing with Zepplin's epic "In My Time Of Dying", making this an interesting and diverse compilation, released on my special custom label called 'Sick Records'

So, to put sum things up; Aussie Rock is officially back to fight another day 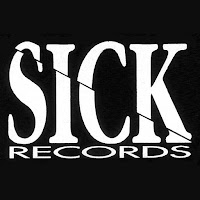 Posted by AussieRock at 2:21 AM