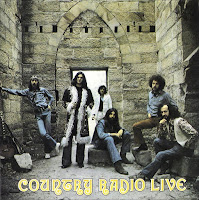 In the early 70's, Country Radio headed up a small but impressive Australian country-rock community which included (post-bubblegum) Flying Circus, Axiom, Smaug, Sundown, Bluestone and a variety of Red McKelvie led outfits (including Powderhorn and Third Union band). Easily the most accomplished act of the genre, they scored hit singles, sold albums in reasonable quantity and appeared at the major rock festivals of the day (including Sunbury '73).

The band grew out of what was essentially a folk trio together with Go-Set journalist Greg Quill to record a singer-songwriter album for EMI's Harvest label in 1970. With guitarist Oriando Agostino, harmonica player Chris Blenchflower and the group Pirana, Quill (who also ran folk haunt 'The Shack' in the Sydney beachside suburb of Narrabeen) recorded Fleetwood Plain, a stark and impressive collection of personal songs which drew strong reviews and gave Quill a base to move boldly into electric country rock. 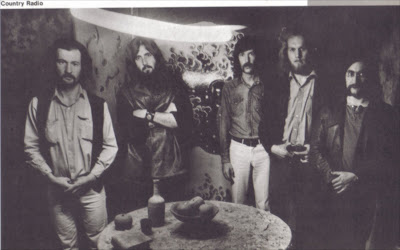 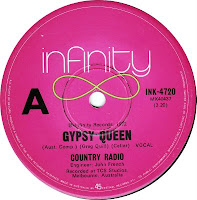 In late 1971, Infinity single "Listen To The Children" was not picked up by radio but, in August 1972, the band broke through with the polished "Gypsy Queen". On the heels of this came an album, Country Radio Live, recorded before an invited audience at TCS Studios in Melbourne on 4 October, 1972. Phil manning and Broderick Smith also made contributions to this live album while John French mixed and produced this live album. It was an all-original work, with the exception of two superb songs by American singer-songwriter John Stewart - "Some Lonesome Picker" and "Never Goin' Back" (which had previously been recorded by the Lovin' Spoonful). A single from the album, Wintersong, became a minor hit in April 1973.

Wintersong was essentially the peak of the major line-up of Country Radio which managed a short tour of Canada before disintegrating early in 1973. While Kerryn went off forming The Dingoes in Melbourne with Broderick Smith from Carson (which John Dubois would also join) Greg Quill put together a new quartet version of Country Radio and recorded the tracks "I Need Woman", "Singing The Blues" and "Bound For South Australia". When the latter (a thumping reworking of a traditional folk song) failed as a single, Greg abandoned the band concept and started work on another solo album. All the tracks not on on country Radio Live were later mopped up on the album Gypsy Queen. 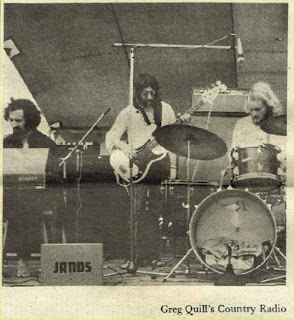 During 1974, Quill recorded the exceptionally accomplished John Sayers-produced album The Outlaw's Reply, with the musical assistance of former Country Radio members and Barry Leaf, Terry Walker, Peter Jones and Chris Neal. It was not received with any great consumer enthusiasm and by 1975, Greg was working extensively in Canada, which proved far more responsive to his music. With various ex-members of the Dingoes, Flying Circus and Sherbet, he put together a backing unit called Southern Cross, which took him through to 1978, when the band toured Australia, released the Elektra single "Been So Long" and split. He then signed as a solo entity with Canada's Attic Records and effectively disappeared from our lives.

Still a resident of canada, Greg resides in Toronto, where he is the city's leading rock and television journalist. He has written a book on Michael Jackson and the Rolling Stones and is apprently working on a novel. Indeed, in the Northern Hemishere, his name is rarely directly associated with musical performance.
Down Under, he will long recall him as a fine singer, guitarist and songwriter who helped give a new dimension to a relatively narrow rock musician. 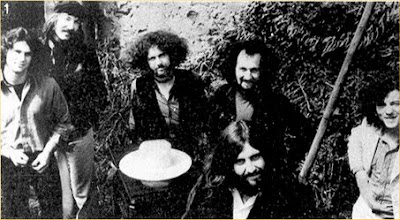 This post consists of FLACs ripped from my weary and tired vinyl. Because my copy has seen better days, I have had to undertake some serious cleanup processes to get this rip.  The end product is far from being perfect but it is what it is.  Full album artwork is also included (some of which has been sourced many years ago - possibly Midoztouch) along with select band photos and label scans. 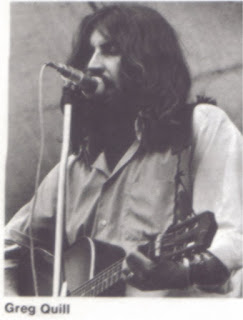 Country Radio consisted of many stalwarts of Aussie Rock who formed the platform for the legendary country-rock band The Dingoes and therefore deserve Hall Of Fame status in my opinion. Hope you enjoy this classic recording.
.
Track Listing
01 - Some Lonesome Picker
02 - Never Goin' Back
03 - Terry's Tune
04 - Listen To The Children
05 - Silver Spurs
06 - Gypsy Queen
07 - Last Time Around
08 - Wintersongs
09 - Observations From A Second Storey Window 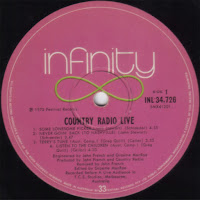