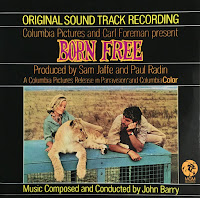 At a national park in Kenya, English game warden George Adamson (Bill Travers) and his wife, Joy (Virginia McKenna), care for three orphaned lion cubs. After the two larger lions are shipped off to a zoo in the Netherlands, the smallest of the three, Elsa, stays with the couple. When Elsa is blamed for causing an elephant stampede in the nearby village, head warden John Kendall (Geoffrey Keen) demands the young lion either be trained to survive in the wilds of the Serengeti or be sent to a zoo.

As Elsa grows into lioness maturity, George and Joy provide her with greater freedom away from their property, which may get her into trouble as a largely tame animal. Ultimately, John Kendall, George's boss, directs them to send Elsa to a zoo like they did with her sisters, especially as with anyone in George's job he is soon being reassigned. Joy cannot bear the thought of Elsa being locked up for the rest of her life, believing that they can reintegrate her back into the wild instead, something that had never been done with a tame lion. John gives them three months to accomplish this task, which most specifically involves getting Elsa to be able to kill for food, other creatures which up to this point she has seen only as fellow playthings, and to be accepted by other lions, most specifically mate with and provide food for a male partner while standing up successfully to female competitors. 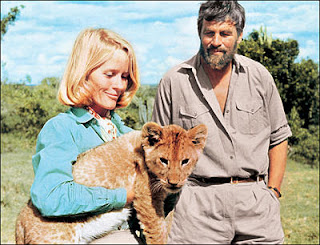 Born Free was a game changer that essentially altered the way we perceive relationships between humans and animals. Because of the emotional bond George and Joy Adamson formed with Elsa, lions could no longer be dismissed simply as brutal killers to be shot while on safari. Elsa became an individual in the eyes of the world, and her story made her a symbol for all animals’ right to live free.
.
For me, there were two movies that I saw as a young child in the 60's which had a huge impact on me and brought to the surface emotions that I'd never experienced before - a deep sense of sadness for another species of animal. The first was a Walt Disney movie called 'The Incredible Journey' which I'm sure I bawled my eyes out for most of the story and the other was  'Born Free'.  When the Adamson's had to let Elsa go back into the wild, it made me both sad and happy. So, how does a 10 year old deal with such conflicting emotions?  In my case, not well - but I lived to tell the tale. 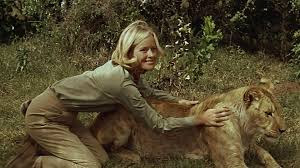 So, for this month's WOCK on Vinyl, I have chosen to revisit some of these memories and share with you this rather Obscure soundtrack which features one of the big hits from the 60's - "Born Free" sung by Matt Munro.  Ripped from my treasured vinyl copy in MP3 (320kps) format, I have meticulously removed all of the crackles and pops that one would expect from a 50 year old record.
Of course, full album artwork and label scans are also included. I hope this brings back some nice memories for you too.
.
Track Listing
A1 Main Title - Born Free 2:37 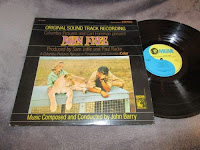