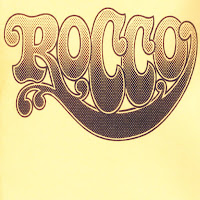 Moving away from the progressive rock of his previous band Friends, the New Zealand-born Maori soul vocalist Leo De Castro started to play a mix of funk, soul, rock and blues. It was a style that  Leo would pursue for the rest of his career. The De Castro line-up was completed by Steve Webb, Rob Grey (keyboards), lan 'Willy' Winter (guitar; ex-Carson, Daddy Cool) and John Young (bass). Later in the year Leo moved to Sydney where he joined funk outfit the Johnny Rocco Band.

The band presumably named themselves after Edward G. Robinson's bad guy in the 1948 film "Key Largo". This Sydney-based group of jazz and funk musicians were joined on this, their only LP, by one of a few Maori singers who made their mark in Australian soul-funk and other music in the 1970s, De Castro played in many bands, but recorded with relatively few.

Like many urban indigenous musicians around the world who are surrounded by European culture, Maori musicians have often found a home in musics that stem from the African musical diaspora - soul-funk, reggae, and more recently hip hop - although besides this album, De Castro's other sparse outings are more in tune with the ubiquitous "boogie-rock" that held a grip over his adopted country at the time.

I saw these guys play somewhere in 1975, and was particularly taken with De Castro's live voice, he killed it on tracks like "Baby's Gonna make it" - and in cataloguing these 70s funk albums, I'm realizing how much I got out when I was 13, and how comparatively little I get out now. At the time, they were building up a strong live following, and preparing to record this album.

Original guitarist Mark Punch had just run off to join Renée Geyer's band, but was seemingly here to record on at least two of the tracks he'd co-written : "Heading In the Right Direction", soon to be a hit single for Geyer on "Ready To Deal", and "Sweet Kisses", that she would later record on "Winner".
There are some tight instrumental funk workouts with jazz touches, the flute and talkbox stormer "Number 43", and great percussion throughout from Sunil De Silva - it's a pretty solid album and worth checking out. 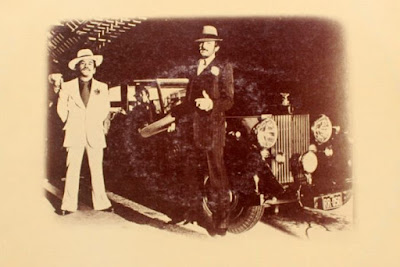 While only independently released in Australia, the album was picked up internationally by 20th Century Records, with the band re-named simply 'Rocco', and a publishing deal seems to have been signed with the Reizner Music Corporation. This rip comes from this release. 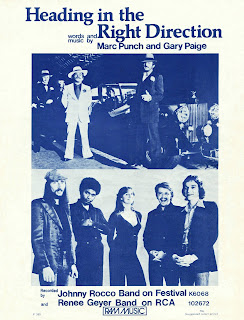 The single 'Heading In The Right Direction' b/w 'Funky Max' came out in August 1975. Harris Campbell had replaced Punch who went on to join the Renee Geyer Band. Johnny Rocco Band issued the album Rocco (May 1976) which yielded a second single, 'Gonna Have A Good Time' b/w 'Who's This Guy' (April). Amazingly, this was Leo' first appearance on a full band album. Leo's gorgeous vocals lead the way on 'Heading In The Right Direction', 'Gonna Have A Good Time' and 'She's Knocking On My Door'. The band's playing throughout is incredibly tight, with Dunlop's fatback drum patterns driving the music onwards. The likes of 'Funky Max' and 'Rocco' are now highly rated examples of the funk rock genre (although Leo's vocals are but a minor part of these particular tracks).
The album got issued in the US on the 20th Century label and prospects looked good. Success failed to come the band's way and they eventually parted in late 1976.

Leo formed the all Kiwi band Cahoots with Tui Richards (by then ex-Powerhouse), Billy Rylands (guitar; ex-Freshwater, Stevie Wright Band), Phil Pritchard (guitar; ex-Highway, Miss Universe), George Limbidis (bass; ex-Highway, Miss Universe) and Doug McDonald (drums; ex-Powerhouse). In May 1977 the band was billed as Leo De Castro and Rocco with Mark Punch back in the line-up. By the end of the year it was the Leo De Castro Band. Then came Heavy Division in 1978 with Richards, Russell Smith (guitar; ex-Company Caine, Mighty Kong, Billy T), Tim Partridge (bass; by then ex-Kevin Borich Express) and John Watson (drums).
.
This post consists of MP3's (320kps) ripped from vinyl and includes limited artwork for both CD and Vinyl. (Thanks to Micko at Midoztouch for the rip)
Le De Castro is one of the most influential and talented Aussie musicians, evolving from the roots of King Harvest and then forming some very short lived but legendary bands, like Friends, Healing Force, Le De Castro's Babylon and of course The Johnny Rocco band.  Oh, and just for the record (pun intended) The Rocco band didn't actually have anyone in the band called Johnny Rocco. 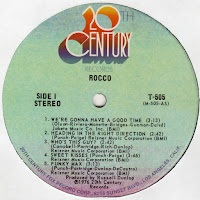 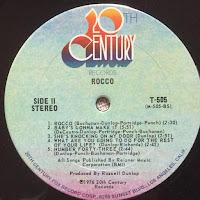