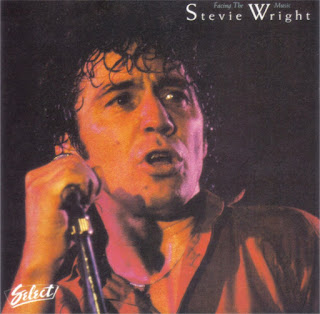 (Stevie Wright - Moving back into easy street)
Stevie Wright tore apart the Australian music scene as front man for the Easybeats in the sixties, It's Wrights voice that punctuates the band's classic material on tunes such as "Friday On My Mind", "Sorry", "Good Times" and a host of others. Originally a writer in the band, he opted to concentrate on his singing while the Harry Vanda - George Young partnership built a head of steam. Later Wright became a solo star when his old Easybeats mate Harry and George penned the "Evie" trilogy. Check out Wrights mannerisms on old footage and you'll see where Bon Scott took his cues. Sadly, much of Wright's life has been dominated by drug addiction. For years, many music fans wondered if he was still alive or just missing in action.

Stevie Wright was only sixteen when he hit it big time with the Easybeats. Now thirty-eight, his voice crackles down the phone line from Sydney. He calls me 'babe' and 'darling' as only the die-hard rock and rollers do even when we broach the subject of heroin addiction.
'I don't like to talk about my addiction,' Stevie says wearily, though he continues, "Basically it was introduced to me during the last week of Jesus Christ Superstar [where Wright played Hess for the show's two-year run. I was at a party and it was given to me in aluminium foil, I accepted it that way. There was no shooting up then. It didn't take long before I was addicted.' 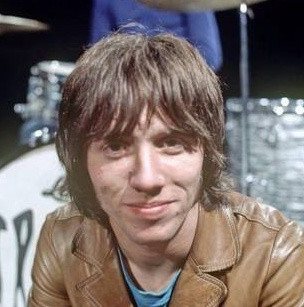 Although Stevie said heroin was never around when he was in the Easybeats ('we didn't even drink then'), he was interested in the drug primarily because of Ray Charles.
'Ray Charles was a very big attraction for me then and I knew he used heroin. It was brilliant, but what I didn't realise was the brilliance was me, not the drug.'

Stevie Wright has had it pretty rough since those Jesus Christ Superstar days.
I have undergone shock treatment, sedation, two years of rehabilitation treatment with Salvation Army, and two lots of six-month treatments at a rehabilitation centre called Westmount. I was dying really. But then someone suggested that I do this gig. They said I could have anyone I wanted to play with. 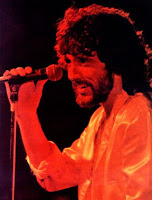 So some one thousand people packed a small suburban hotel to see a one-off gig. Wright was backed by some of Australia's best musos: guitarists Kevin Borich and Chris Turner played along with former Sherbet bassist Tony Mitchell, drummer Greg Hanson and Peter Kerke on keyboards. And ironically, after twelve and a half years, rock and roll was the one thing that worked for Stevie Wright.
'All the bad things went away. I just flick 'em when I come across them now.'

On the back of his national tour with a top-notch backing band, Stevie Wright will soon be releasing a new solo album called 'Facing The Music' before an Easybeats re-formation tour later this year, which will include all members (including Vanda and Young),

'We already have half a million dollars worth of work for the re-formation said Stevie. 'Now all we have to do is get together and practise so we don't end up with egg on our faces.'
Until then, punters can check out the mix of old Easybeats material with newer numbers in Wright's eclectic set. If you go by Stevie's word, it's something to see.

'I'm totally over the top right now. The crowds love it. I have to play country and western numbers so they'll let me off the stage', he says with a grin. (Extract from Off the Record: 25 Years of Music Street Press edited by Scan Sennett, Simon Groth, 2010 - Original text: Shar Adams, July 1986)
.
This post consists of FLACs  ripped from my CD copy of this album, and have yet to sight a vinyl pressing (see below). Full album artwork and label scans are also included.
It is interesting to read in this 1986 article by Ahar Adams that Stevie was in the throws of releasing a solo album of new material to coincide with his return tour with the Easybeats. In fact, this was not the case and the album was nothing more than a compilation of tracks from his solo LP's 'Hard Road' and 'Back Eyed Bruiser' - no new material here, I'm afraid folks. Nevertheless this compilation is certainly worth having in ya collection. . 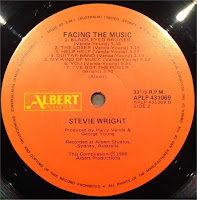