Phil Sawyer - Childhood's End And Other Songs For Electric Children (1971) 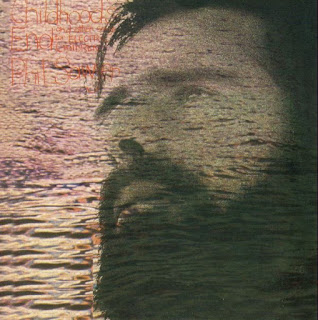 A magical discovery from the down-under '70s psychedelic scene, Phil Sawyer's 1971 album 'Childhood's End', originally released in Australia on the Sweet Peach label, remains pretty unknown to most collectors. This is a wonderful album that will please anyone into psychedelia, rock and folk. Totally electric, great production, great songwriting and the warm, uneducated voice of Phil himself gives a slightly looser feel to it at times. The album contains some fantastic mid-tempo psychedelic folk-rock ballads, and the title track is an incredible slice of pure psychedelia, with lots of tasty psychedelic sound effects. The original is a very rare and collectable item (Hans Pokora gives it a 5-disc rating). This first-ever reissue on CD is licensed from the original label and the sound is taken from the master tapes.
.
Review 1
What immediately attracts the listener are the first three songs ("September Woman", "Nightbirds", and "The Other Side of Silence"), sung with a soft romantic voice, played with moody organ or flute and some soft layers of guitars. The songs reveal deep feelings related with certain relationships. The fourth track, “Childhood's End” has more electric guitar arrangements. “Where did everybody go?” is something completely different in style, recorded with live voices in studio, a making fun song, perhaps recorded completely stoned. Also “Electric Children” is more rocking, and could have come from the same session.

Also this is in a more mainstream style, compensated by an overload of crazy reverb effects on guitars. Both these tracks are from a different character and recording quality, but being in the middle of the album, just show something like a different aspect, a compensated insecure moment perhaps. “The Chase” holds the middle between this sphere and the earliest quieter moment, with some electric guitars working as the connecting wire. After “Stranger in the Street”, it is by “Letters to Seraphina” that we’re back to where the album started. It is one of the moodiest tracks, with additional tabla. Here we can easily associate the kind of seashore endless haze seen on the album cover. [extract from psychedelicfolk.com]
. 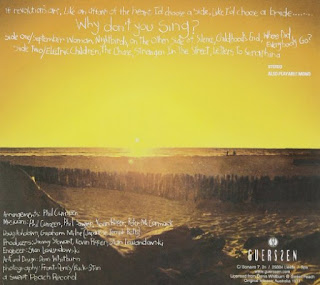 Review 2
As a fan of and a writer about music, I'm always having to fight the temptation to lean too heavily on genres as simple and complete descriptions. Don't get me wrong: genres are very useful tools to describe and classify music. But when you come across a record or a song that defies categorisation, or is just too different to fit neatly under a section in the record store, things can get tricky. If you asked me to describe the genre of this album, I'd probably say acid-folk, as many on-line references to the record attest. But it doesn't do the music justice, and it's no help in accurately conveying what Phil Sawyer's only album sounds like. 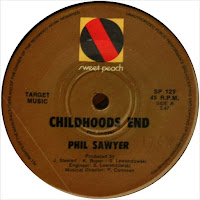 Phil is meek and melancholy throughout this recording for the most part. He sings wistfully about lost dreams, forgotten romance and other stuff like that. What's most obvious about the album as a whole to me is how much the best cut Electric Children stands out as completely different to the rest of the record (all the acid and none of the folk is concentrated here!). The blaring drums and organ introduce the song, a world away from the folky guitar, soft singing and flute on the first side of the record. Sawyer sings with uncharacteristic earnestness on this song, adding drums, guitar, swirling organ and just about every electronic effect it seems that he can get his hands on. Americans I know who've heard this record find the singing and the over-experimentation a little irritating, but I love it. 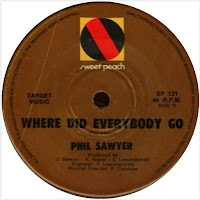 The looseness of the vibe on this song makes me think this guy had a lot of fun recording this. The other cool thing about this tune is that it ends with this moody bridge that conveys a pensive mood. Perhaps he was attempting to bridge the craziness of this song with the more sombre mood of the rest of the record? Whatever the case, if you like experimental folk-rock - dare I say acid-folk - or just great funky weirdness, you should check this record out. [Review by DJ Kenetic at aussiefunk.blogspot]
.
This post consists of  FLACs and MP3's (320kps) ripped from a re-released CD and comes with full album artwork for LP and CD.  If you like Doug Ashdown's music, then ya gonna love this album (Oh, and by the way, Doug plays guitar on this album which is a real bonus).
By far the most valuable Sweet Peach album, this ultra-rare 1970 LP 'Childhood's End' by Adelaide singer-songwriter Phil Swayer, was listed for sale on Ebay in 2007 for a staggering US$700. I believe the single "Childhood's End" / "Where Did Everybody Go" has also sold for a small fortune in the past.
.
Tracklist 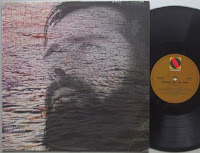 01 September Woman
02 Nightbirds
03 The Other Side Of Silence
04 Childhood's End
05 Where Did Everybody Go?
01 Electric Children
02 The Chase
03 Stranger In The Street
04 Letters To Serephina
.
Phil Sawyer MP3 Link (81Mb)