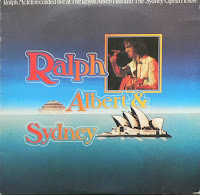 One of the great storytellers, Ralph McTell, is now celebrating almost 50 years on the road. Known for his virtuoso guitar style, he is primarily a prolific and gifted songwriter. With a style that invites you into a unique world, he weaves a narrative that is both significant and poignant.

Ralph made his debut in 1968 with the album ‘Eight Frames a Second’ and in 1974 the release of "Streets of London" earned him an Ivor Novello Award. In 1993, Nanci Griffith recorded ‘From Clare to Here’ on her Grammy Award winning album and in 2002 he was presented with the prestigious Lifetime Achievement Award at the BBC Radio 2 Folk Awards. [extract from Ralph's website]

All tracks on this album were recorded live and selected from two of the concerts performed by Raph during 1976; the first at London's Royal Albert Hall  in May and the second at the Sydney Opera House, Australia in August. It was recorded using the Stones Mobile both in London (Mick McKenna and Tapani Tapanainen) and in Sydney (David Connor and Chris Curtis). Mixing engineer was Mike Stavrou at Air Studios, London and was produced by Bruce May and Peter Swettenham.
The following is a review of Ralph's live album by Karl Dallas, published in Folk Roots Magazine in August, 1977 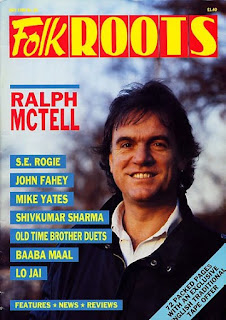 Folk Roots Review
The Live "in concert" album is one of the oldest clichés on the folk scene - indeed, there was a time in the early, populist, singalong days, when it was held to be the only viable form of folk recording. So we had a plethora of hootenannies and singaround albums, all of which actually failed to capture the elusive character of the music they were supposedly designed to trap on vinyl.
It is to Ralph McTell's credit that, with the eight albums under his belt, he has waited until now to do his live album. It's been worth waiting for.

The thing that makes most live albums such a bust is that the very nature of the medium makes for sloppy musicianship and a reliance upon phoney audience rapport to convey a sort of instant appeal. It takes a consummate artist like McTell to show how there are, indeed, things you can do with a live album that are impossible in the studio, how alternative readings of well-known lyrics can throw them into a new dimension.
The other thing that usually happens with a live album, especially when it comes this late in an artist's career, is that it becomes something of a "greatest hits" collection. This is, perhaps, inevitable, for a live performance by McTell that didn't include "Streets of London" would be somehow unbalanced - though he did, as a matter of fact, go off the song for a while. And though I haven't heard him do "Michael" in concert for quite a while, it is good to have it here again, with the added maturity that years have given this reminiscence of a disturbed childhood. 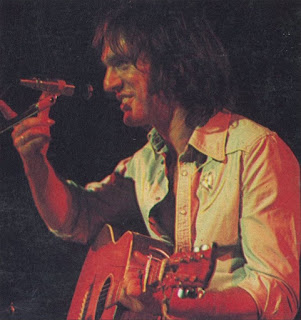 But Ralph has resisted the temptation to lean too heavily on the past, apart from the inclusion of some of the Blind Blake songs, which Ralph does so well, but which he has never committed to record before.
With the exception of "You Well-Meaning Brought Me Here" Ralph's albums have rarely been heavily produced. It's the sheer economy of his warm, light-toned voice and simple but clean guitar that is the thing that distinguishes this solo work, and makes one question the occasional flirtations with band accompaniments, which have given his live career such unpredictable ups and downs.
Among the new songs on the album are two apparent trifles, which repay more careful listening. "Big Tree" on side one is, at one level, another childhood reminiscence, a story of forbidden games between a boy and girl of kindergarten age, and of the loss of innocence resulting from an adult's prurient observation of them. But beneath the charm is an almost
Biblical allergy. 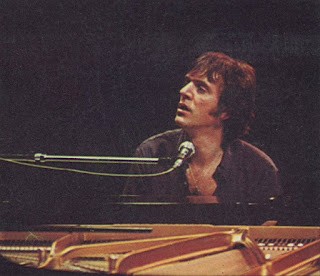 "Winnie's Rag" is a gentle story of abandoned love among the Cockneys, for which Ralph makes quite an unnecessary apology in his introduction. Quite apart from its intrinsic charm, one thing this song underlines is the way ragtime struck deep into urban popular culture in this country, which throws Ralph's re-creations of traditional rags into a completely different light.
What this album really does, however, is to define the importance of McTell's talent. The undiscriminating may be tempted to write him off with the rest of the singer-songwriter breed, unconnected with any real meaning of the word folk. That may be true with the majority of such writers, few of whom are able to trace any legitimate ancestry back through the folk bards like Guthrie, Tommy Armstrong and Leadbelly, but in Ralph's case such a write-off does both him and the listener scant justice.
If the folk tradition is more than mere archaism, something in which bricks and mortar are as important to the landscape as cocks of hay. then a singer like McTell, who mirrors in almost every line what it has been like to be a working class kid in the post-war years, may consider himself to be its offspring, with no apologies at all.

One cannot always identify with his feelings: for instance, my reaction to the strangled poetry of Sylvia Plath may not be his, which seems to me rather soggy, but what touches about this song, "Sylvia," is not that it gives any particular insight into her tortured soul, but the use that Ralph himself has made of reading her work to explore his own psyche. Another song, not included here, the moving "Ferryman," gives a similarly distorted view of the work of Herman Hesse, which is none the less valid because of its very sincerity.
Often that word, sincerity, is a misnomer for sentimentality and megalomania, characteristics which distinguish most dictators and superstars. Despite his high status in the crossover world of pop folk. McTell is no superstar, thank God. His lyrics speak directly and unaffectedly for the ordinary guy, much more unpretentiously than any Emerson, Lake and Palmer reworking of Aaron Copland, playing a gentle fanfare for the common man. [extract from Ralph's website]
.
Although his name is shackled to one song, Ralph McTell is certainly not a one-hit wonder. Several hundred high-calibre numbers written in the 40-odd years since "Streets of London" charged up the charts bear testimony to the singer and finger picking guitar stylist's enduring quality. Ralph's latest creations, to be heard on his first new studio album in a decade entitled 'Somewhere Down The Road', has been a long time coming, but fans will find it has been worth the wait.
Ralph only just recently toured Australia this year in April/May on his 'Farewell Tour'. Unfortunately, I have only just discovered this now while researching for this post, and would have loved to have seen him perform, if not only for that one amazing anthem!
.
This post consists of MP3's (320kps) ripped from my newly acquired vinyl copy of this live album, found in amongst a pile of inconspicuous albums at the local flee market that no one else seemed interested in (it always pays to rummage just that little bit more in the search for vinyl gold). Full album artwork and label scans are also included, along with the alternative UK cover as shown below.
.
Track Listing 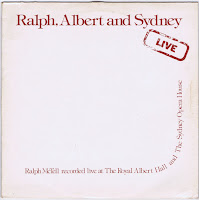