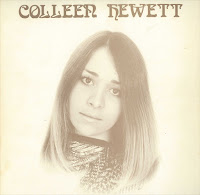 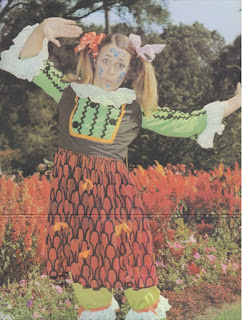 Colleen Hewett was born on 16th April, 1950 in Bendigo. She has an older sister, Glenys Hewett, who was a pop vocalist from the early sixties to mid-seventies. Hewett began her music career at the age of 12 when she sang with The Esquires at the Bendigo YMCA. At about 13 years old she appeared on TV pop music series, The Go!! Show, fifty years later she recalled "I wasn't of an age at that stage where I could go out on tour with anybody ... I came down from Bendigo with a band I was working with there ... then I came down again around my 14th birthday and did a solo spot on it ... they were just cover versions. I was just a little singer from Bendigo who came down on the train with the boys and did this amazing show that everybody watched".
From 1964 to 1966 she regularly performed with The Esquires and, in 1967, she joined a vocal trio, The Creations, with her sister, Glenys, and Michelle Kennedy. That group also backed various solo singers including Billy Adams and then Buddy England, and thereby toured Australia. By April that year, with Kennedy, she joined a soul-based group 'Dice', which were renamed as Laurie Allen Revue. Other members were Laurie Allen (ex-Bobby & Laurie) on lead vocals, lead guitar and organ; Harry Henri on guitar (soon replaced by Phil Manning); Barry Rodgers on bass guitar (soon replaced by Wayne Duncan); and Gary Young on drums.
. 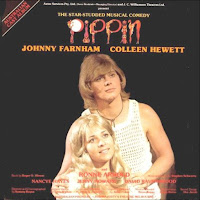 In April 1967, Allen had told Go-Set: "I realized just a three piece group couldn't give me the sound I wanted, so I added two girl vocalists, Hewett and Kennedy, they are an act in themselves and combined to give us a distinctive sound which can't be done by any Australian group". As a member of the Laurie Allen Revue, Hewett was recorded on three singles, "Beautiful Brown Eyes" (August 1967), "Any Little Bit" (April 1968) and "As Long as I Got You" (June).
By mid-1968, Hewett had joined Ian Saxon and the Sound, with Saxon on lead vocals; Geoff Oakes on saxophone; Graeme Trottman on drums. In 1969 Hewett left the group and was replaced on vocals by Marlene Richards (ex-Ivan Dayman Band) before the group recorded their debut single, "Home Cookin'" (1970).

"Day by Day" to Queen of Pop
Hewett started her solo music career in 1970, appearing regularly on TV pop music series, Bandstand. Her popularity with viewers resulted in her winning Best Newcomer Female Singer at the Bandstand Awards in December. She signed with Festival Records and her debut single, which was a cover version of Delaney and Bonnie's 1969 track, "Super Star" was released in June 1971. It reached No. 30 on the Go-Set National Top 40 Singles chart. The track was also covered by United States group, The Carpenters.
From 15 November 1971 to 22 July 1972 Hewett acted in the Australian musical theatre version of Godspell, at the Playbox Theatre, Melbourne. She recorded two versions of the show's tune, "Day by Day". The first on Godspell - Original Australian Cast had Johnny Young producing the cast album, which appeared in March 1972. 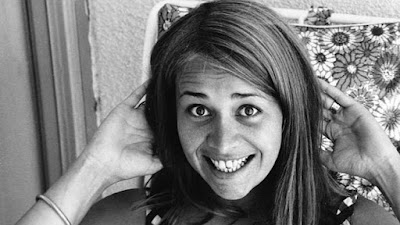 The second version was produced by Ian "Molly" Meldrum and was issued as her second single, in November 1971. It peaked at No. 1 on the Go-Set charts and was certified as a gold record with shipment of over 50,000 copies. In April 1972 Hewett was the featured artist on a half-hour TV special performing "Day by Day", "By My Side", "Hey Jude" and "Jesus Christ Superstar".
After leaving Godspell, Hewett toured Australia performing in clubs and during TV appearances. Her debut self-titled album appeared in October 1972 and provided her next single, "Carry That Weight" - a cover of The Beatles track - which reached No. 29. She toured the United States and United Kingdom at the end of the year. At the TV Week King of Pop Awards she was voted Queen of Pop in both 1972 and 1973. 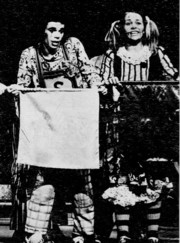 Hewett's other musical theatre credits include Pippin, the rock opera Tommy and Return to the Forbidden Planet. While performing in Pippin, she and her co-star John Farnham also hosted the television variety show It's Magic, moving between the studio during the day and the theatre at night.

Television
During her music career in the 1970s, Hewett was also performing in a number of television dramas including Homicide, Matlock Police, The Truckies, Carson's Law, Division 4, Young Ramsay, Cop Shop and The Flying Doctors, many of which had an international release. She also appeared and sang on the Don Lane Show during the late seventies and during 1984 she guested as Sheila Brady in the TV series, Prisoner. 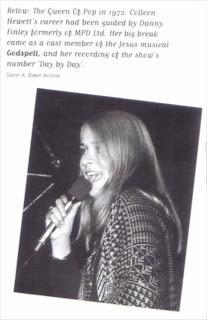 Recent
As of 2000, Hewett has been in semi-retirement, spending time in Melbourne, Bendigo and Fiji with family and friends. In 2006 she played Marion Woolnough, the mother of Peter Allen, in the Australian tour of The Boy From Oz headlined by Hugh Jackman. She also had a role as Matron "Mama" Morton in the musical Chicago with Caroline O'Conner and Craig McLachlan. In the 2011 movie The Cup she plays Pat Oliver, the mother of jockeys - Jason and Damian Oliver. [extract from MTV's website]
.

This post consists of FLACs ripped from my priceless vinyl and also includes artwork and label scans to go.
I've also chosen to include her single version of "Day by Day" and the non-album B-side "By My Side" as bonus tracks.  This post was requested by Dave just recently, along with a couple of other Aussie rips in FLAC, which I will get to soon.  My favourite tracks on this album are Mother, Carry The Weight and of course Day by Day. 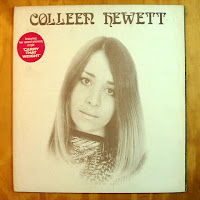 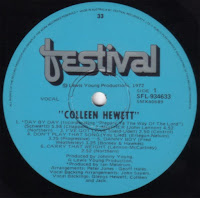